Nick's Blog » I Need A Day Off

Lately all I’ve been doing is running back and forth to doctor appointments and working on my new book, Big Lake Wedding. I need a day off to just go sit on the dock and watch the dolphins playing in the water and the manatee swimming by. Or better yet, to hop in my Mustang and take a long ride. But it will probably be a while before I accomplish any of that.


On the medical side of things, as I said the other day, I got another injection into my back on Thursday. So far the results have not been what I had hoped for, and my pain level hasn’t gone down at all. But it took about three days before the injection in the other SI joint seemed to take effect, so hopefully I’ll see some improvement before much longer.

On Friday I had an appointment with my civilian primary care doctor, who reviewed all of my recent lab work and told me that everything looked really good. My cholesterol, blood pressure, and sugar levels are all down. He said part of that was due to the over 20 pounds I have lost since I last saw him in July. That’s good news.

I have been averaging between 3,000 and 5,000 words a day on my new book, and unless my characters take things off in a new direction, which has happened more than once, I think I can see the light at the end of the tunnel. My brilliant cover artist, Elizabeth Mackey, finished the cover for it last week, and here’s a sneak peek for you. Yes, it looks like Sheriff Jimmy and Robyn are finally going to tie the knot. But it being Big Lake, they will have some real obstacles to overcome before they make their way down the aisle. 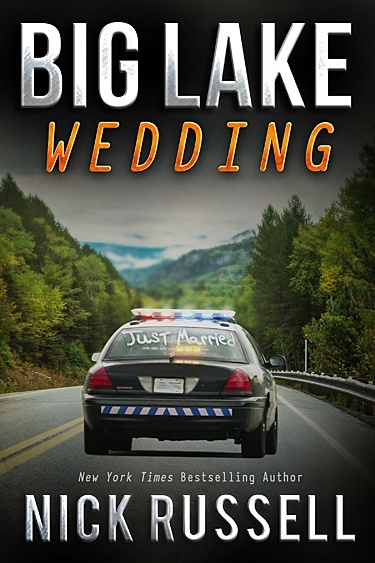 I have been using the Home Edition of Dragon NaturallySpeaking for quite some time and it has really helped increase my production over the days when I was typing with two arthritic fingers. But recently I upgraded to the Premium version of Dragon, which allows me to dictate into a digital recorder, which I can then plug into my computer and have Dragon transcribe it into text for me. 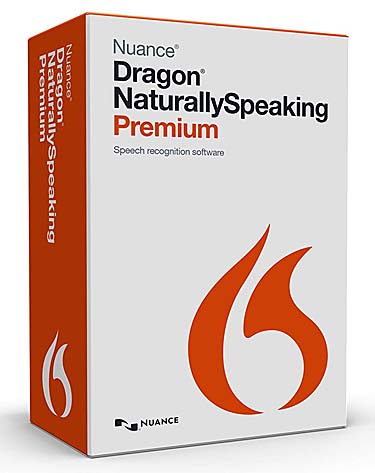 At the same time I also bought a Sony ICD-PX440 digital recorder and I’m very impressed with it. It comes with 4 GB of memory built in and also takes a micro SD card. It has a USB connection to plug directly into the computer. So far it’s head and shoulders above the older Sony digital recorder I’ve had for years.

There is a bit of a learning curve because you have to create a new profile in Dragon for the recorder, and then it has to learn your manner of speaking, speed, accent, and such. But while I was doing my mile on the treadmill yesterday, I was able to dictate just over 5,000 words into the recorder. Later on, when I was hanging upside down on our inversion table for 10 minutes, I was able to dictate another 550 words. It’s going to be nice to be able to sit in the car while Terry’s in the grocery store and get another chapter done. Sure, the guy sitting in the car next me waiting for his wife probably thinks I’m a lunatic talking to myself about cops and robbers and murderers and all kind of things. But what the heck, it’ll give him something to talk about the next time they get together with friends.


While I was at it,  I also ordered a book called The Writer’s Guide To Training Your Dragon, which several people have recommended to me. I thought I had bought a copy a while back and forgotten about it, but apparently not. Now I wish I had gotten it a long time ago. By following the directions in the book for optimizing Dragon with my microphone and the digital recorder, it has really helped me increase my speed. And I think it’s only going to get better as I get familiar with these new tools. 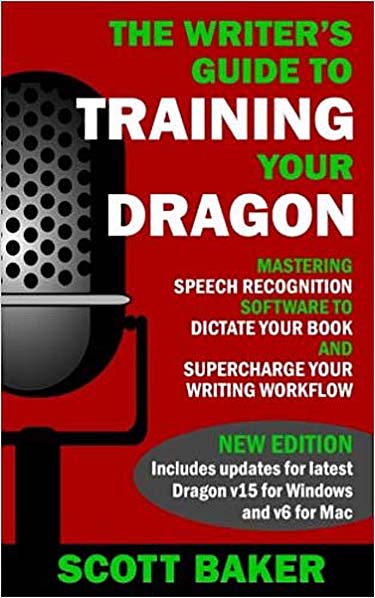 Today is your last chance to enter our Free Drawing for a USB drive loaded with digital back issues of the Gypsy Journal for the years 2003 through 2017. They are in PDF format and will provide you with weeks of great reading about places to visit from coast to coast and our adventures as fulltime RVers. The normal cost of the back issue collection is $75. To enter, all you have to do is click on this Free Drawing link or the tab at the top of this page and enter your name (first and last) in the comments section at the bottom of that page (not this one). Only one entry per person per drawing please, and you must enter with your real name. To prevent spam or multiple entries, the names of cartoon or movie characters are not allowed. The winner will be drawn this evening.

Thought For The Day – The reason I talk to myself is because I’m the only person that will listen.