The funeral services for our 41st President reminded me of our visit to the childhood home of his son, George W. Bush in Midland, Texas, where we learned about the early life of a boy who would become the son of a President of the United States, and then follow his father’s footsteps into the same high office.

George Walker Bush was born on July 6, 1946, in New Haven, Connecticut, the eldest son of George H. W. Bush and Barbara Pierce Bush. At the time of his birth, his father was an undergraduate student at Yale.


By the time George was two, the family had moved to West Texas, where his father started working in the oil industry. When the Bush family first moved to Midland, they bought a house at 405 East Maple Street, among a cluster of tiny colorful houses in a development nicknamed Easter Egg Row.

In November of 1951, the Bushes purchased a larger home for their growing family, at 1412 W. Ohio Avenue. This home was built in 1939, and by the time the Bush family moved in, the home had acquired two additions, bringing the size to 1547 square feet, plus a detached garage. President George W. Bush has expressed fond memories of his childhood home on Ohio Avenue, where he attended nearby Sam Houston Elementary School, and then San Jacinto Junior High. 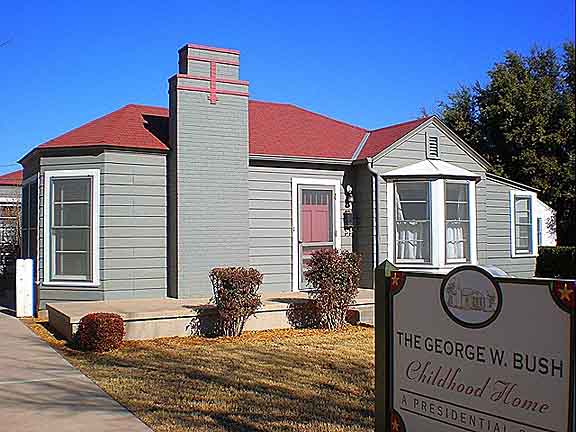 Midland, the center of the Permian Basin oil industry, was an idyllic place to grow up in the 1950s. Carefree children could ride their bicycles downtown to take in a movie, or play for hours in the backyards of the neighborhood. This was small town living at its best; everyone was involved in raising everyone else’s children, instilling in them respect for their elders, obedience, and good manners.

Midland was a prosperous community. With the end of World War II, newcomers were flocking to the area to get in on the oil boom. The shops carried anything one could want, the schools were good, and its citizens enjoyed a comfortable standard of living.

The modest Bush home has been carefully restored to reflect the days when the future Presidents, father and son, lived here. Though there are few items actually owned by the family on display, any member of the growing young family could walk in today and feel right at home.

Numerous photos of the Bush family are displayed in the home’s rooms, along with toys and books young George and his siblings would have owned. The living room holds a fireplace, couch, end tables, and a console television set. 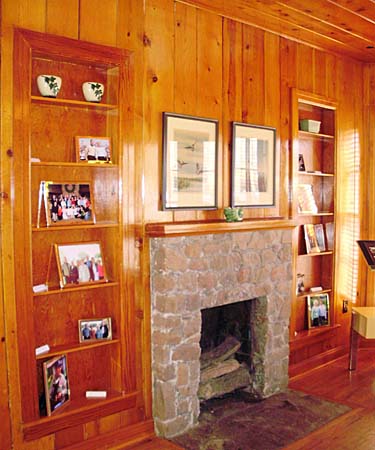 The kitchen was the centerpiece of family activity, and anyone who lived in the 1950s will see things they remember from that era, including canisters, tin food cans, and kitchen tools we don’t see anymore. Do you remember Ovaltine, Sugar Jets cereal, and glass milk bottles? The General Electric refrigerator in the kitchen once belonged to Jenna Welch, Barbara Bush’s mother. The kitchen also served as the laundry room, and a built-in ironing board is on display. 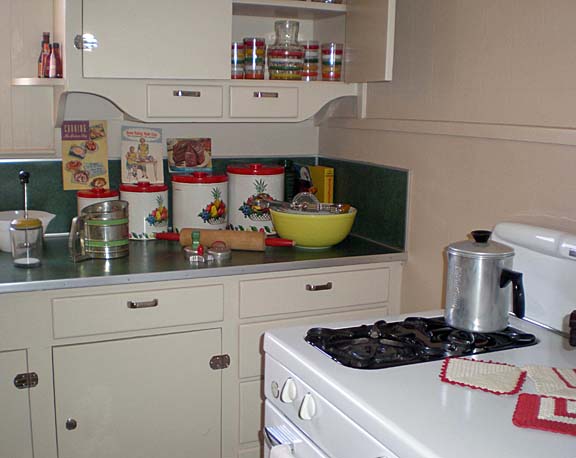 Young George’s bedroom looks like the future President has just left for school, and his train set, toys, and books await his return. A Cub Scout uniform is laid out on the bed, waiting for that evening’s pack meeting. 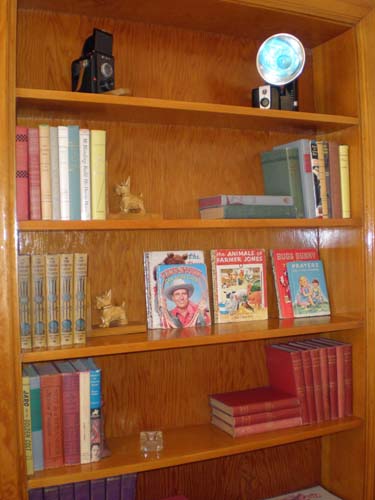 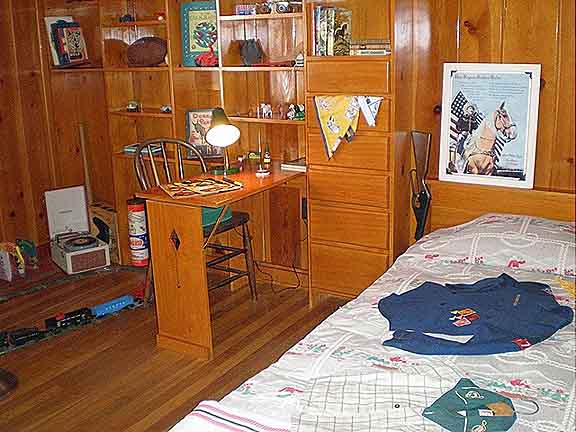 While life was good for the Bush family in Midland, they also saw tragedy while living in the house on Ohio Avenue. Only weeks after son Jeb was born in the spring of 1953, their three year old daughter Robin was diagnosed with leukemia. She would succumb to the disease in early October.

Perhaps memories of their late daughter made living in the house difficult for the Bush family, because in late 1955 they sold the house, and moved to Houston three years later.

After the Bush family left Midland, the house went through a series of owners and renters, and fell into serious disrepair. In 2001, George W. Bush Childhood Home, Inc., the nonprofit entity that owns and manages the Bush Childhood Home, purchased the historic home and a neighboring house, which currently serves as the visitor center, gift shop, and administrative office. An intensive restoration project brought the home back up to the condition it was during the Bush family occupancy.


Today, thousands of visitors from every state and over 40 foreign countries come to Midland every year to tour the home and learn about the family that has played such an important role in our nation’s history.

The next time you’re traveling across west Texas, make it a point to stop in Midland and tour the George W. Bush Childhood Home. The home is open Tuesday – Saturday from 10 a.m. – 5 p.m., and Sunday from 2 – 5 p.m. The home is closed on Mondays, Easter, Thanksgiving, Christmas and New Years Day.

The home is located at 1412 W. Ohio Avenue. Visitors can park on the street alongside the house, or in a big paved parking lot one block east, which can accommodate large RVs. For more information on visiting the home, call (432) 685-1112, or visit the website at http://www.bushchildhoodhome.com/

Be sure to enter our Free Drawing. This week’s prize is an audiobook of Stillborn Armadillos, the first book in my John Lee Quarrels mystery series. To enter, all you have to do is click on this Free Drawing link or the tab at the top of this page and enter your name (first and last) in the comments section at the bottom of that page (not this one). Only one entry per person per drawing please, and you must enter with your real name. To prevent spam or multiple entries, the names of cartoon or movie characters are not allowed. The winner will be drawn Sunday evening.

Thought For The Day – We don’t grow when things are easy. We grow when we face challenges.