I must have been a very good boy this year because Santa came to our house early. And I needed a really big stocking for my Christmas present. Like a garage-sized stocking!

I mentioned a while back that I was thinking about buying myself a new Mustang. I’ve had a lot of cars in my time, from Corvettes to pickup trucks and vans, to classics. My favorite cars of all time have been Mustangs. The first one I was ever in was a ‘68 fastback that my cousin Sonny bought when he came back from Vietnam. One ride in that car and my teenage heart was doing flip-flops.


Over the years I’ve had four or five 1966 Mustangs, fourteen 1967 models (everything from show cars to daily drivers that were cannibalized to restore other cars), along with a rocket-fast 1969 Mach I, and even a very anemic 1979 Mustang II. So you get that they’re my favorite car, right? But the one thing I’ve never owned was a brand-new Mustang, though I have always wanted one. We can scratch that off the list now. 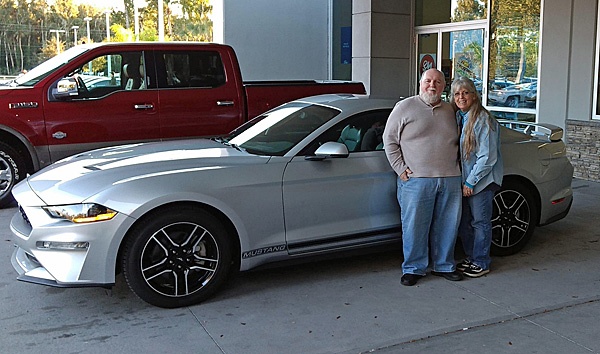 Back on my birthday in October, Terry and I were out running around and we stopped at Mullinax Ford in New Smyrna Beach, where I test drove this 2018 Mustang Ecoboost Premium fastback. I wasn’t even out of the parking lot before I fell in love.

At any rate, I kicked it around for a long time, did a lot of research, and waited long enough that Ford and the dealership kicked in some very nice end of model year rebates and discounts. Couple those with a $500 veteran’s rebate from Ford and I decided I might as well bite the bullet, or ride the Pony, as it may be. 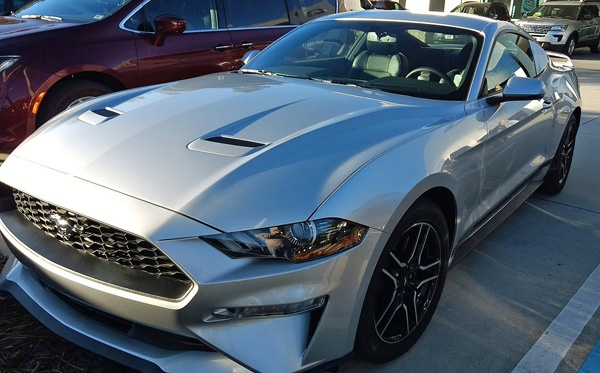 I always said that if I bought myself a new Mustang I would not compromise, I would put every option on it I wanted. So even though we agreed to the deal a week ago, I didn’t take delivery until yesterday so they could get everything done I wanted. That included the louvers on the back side windows, the Mustang stripe on the bottom, and the spoiler on the back. None of them make it run better, but I think they make it look pretty cool. 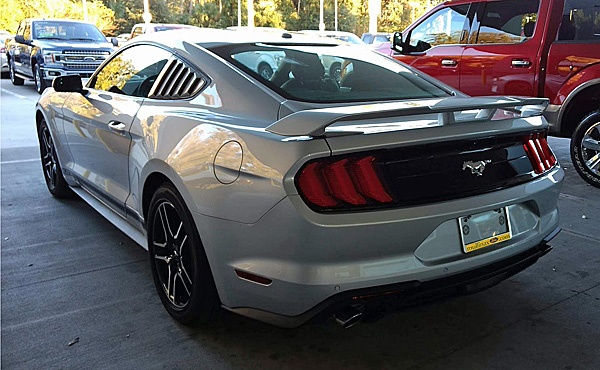 It has a 2.3 liter turbocharged four-cylinder, which puts out 310 hp and 350 foot-pounds of torque, coupled with a 10-speed automatic transmission. Trust me, it will go faster than I ever want to drive! The Premium package also included an electronically tuned suspension that can be set up for everything from highway cruising to drag racing, three steering wheel modes, depending on how sporty I’m feeling, and just about every other option available.

When I mentioned in the blog a while back that I was thinking about buying a new Mustang, several people told me it would be too hard for me to get in and out of, and others said I really didn’t need a fourth car. It’s actually easier to get in and out of than Terry’s Chrysler Pacifica.

And those folks were right, I didn’t need a new car. We’ve already got the 2017 Pacifica, the trusty old 2005 Ford Explorer we towed behind the motorhome for years, and a 1999 Ford pickup. But here’s the thing, I wanted it, I can afford it, so why not? I don’t smoke, I don’t drink, I don’t do drugs, I don’t play golf, I don’t go to expensive ballgames, and I don’t have the energy to keep a mistress on the side. And with my diet and exercise program, I cut out Pepsi years ago and have stayed away from junk food as much as I possibly can. A guy’s got to have some enjoyment in life, doesn’t he?


This isn’t going to be my daily driver. Around town we actually drive the Explorer more often than not. We use the Pacifica for out-of-town trips, and everybody needs a pickup, right? How else am I going to launch my pontoon boat? No, this car is strictly a toy, just like my classic cars were, back in the days when we were doing the car show circuit. And besides, none of our other vehicles have little lights under the doors that project a Mustang logo onto the driveway. How cool is that? 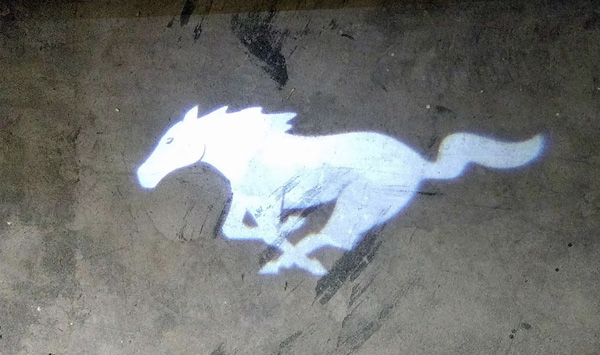 As for that big old 1100 square foot garage of ours, it sure looked huge when it was empty. Now, not so much. We may need to build on. 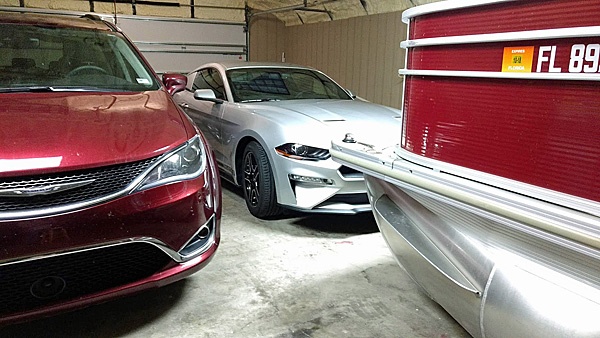 If you’re ever anywhere near the New Smyrna Beach area here on Florida’s Central Coast and are looking for a vehicle, I really recommend Jack Tuthill at Mullinax Ford. We met him when we first test drove the Mustang, and he wasn’t one of those pushy salesman that tries to pound you into the ground to make a sale. He is very laid-back. He stayed in touch but didn’t hound us, he answered any questions I had whenever I called him as I was doing my research, he did a good job for us, and he was very patient with me with all the things I wanted done to the car.

Thought For The Day – When a man opens a car door for his wife, it’s either a new car or a new wife.