Stretching for forty miles along the southern Oregon coastline is a natural wonderland of beaches and huge sand dunes sculpted by the wind. It’s the perfect landscape for everything from hiking and photography to flying kites and camping. Welcome to the Oregon Dunes National Recreation Area.


The largest area of coastal sand dunes in North America, some as high as 500 feet above sea level, the Oregon Dunes begin at Coos Bay and extend north to Florence. Geologists say the sand comes from sedimentary rock from the Coast Range Mountains that was uplifted millions of years ago and carried downstream to the coast by the region’s rivers. In the process the rock was ground into the sand that created the dunes we see today. 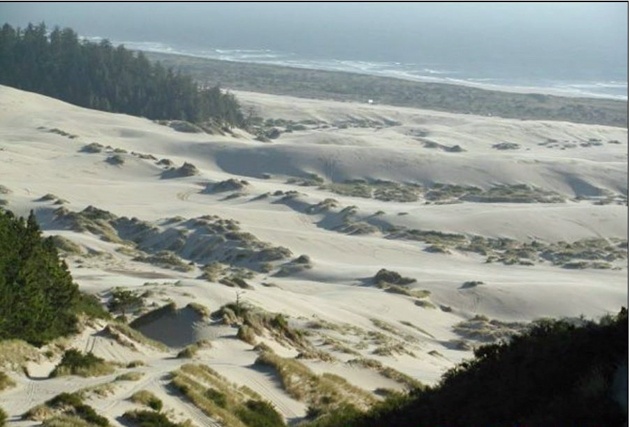 The dunes are ever-changing as the forces of wind, water, and erosion constantly affect them. In some places the dunes extend well over two miles inland. Author Frank Herbert said the stark landscape was part of the inspiration for his popular science fiction novel Dune. 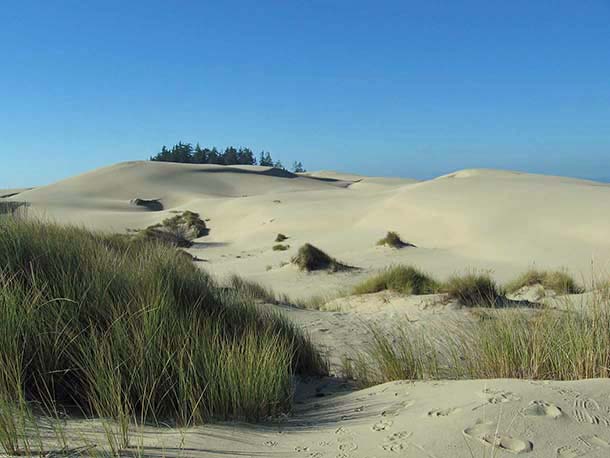 One of the most popular activities at the dunes is ATV riding, and during the summer they are busy with people on three wheelers, quads, and dirt bikes. And don’t worry if you don’t have an ATV, vendors in several areas rent them or will take you on thrilling dune buggy rides. 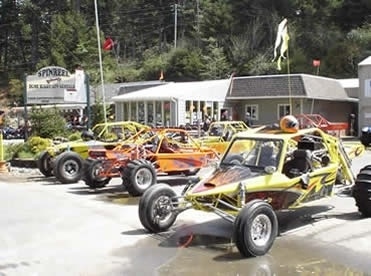 There are three main ATV areas that have been have been set aside for off road riders, one just north of Coos Bay, further north in the Umpqua Riding Area near Winchester Bay, and from the Siltcoos River to the South Jetty in Florence. The highest and most dramatic dunes are located in the Umpqua Riding area. Off road vehicles cannot travel directly between these three areas. Strict rules are in place to protect the environment, riders, and other dunes visitors.


But the dunes aren’t just for off road riders. Large areas are off limits to motorized vehicles and are popular with surf fishermen, hikers, birdwatchers, and picnickers. Several wheelchair accessible sites make the Oregon Dunes National Recreation Area available to all visitors. And don’t just look at all of the sand; gray whales are frequently spotted all along this part of the coast. 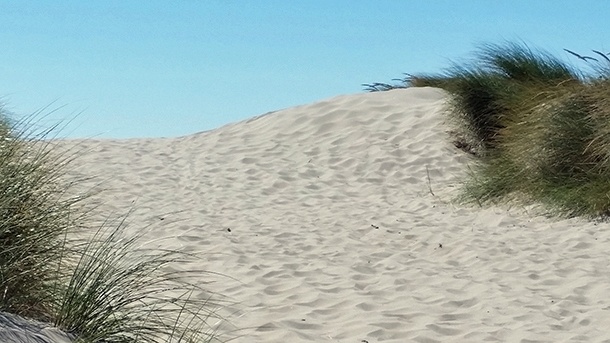 U.S. Highway 101, which follows the coast from the California border north to the Columbia River, provides access to the dunes in several places. There are both primitive and full hookup campgrounds, privately owned and public, located just off Highway 101 for the entire length of the dunes, but they fill up quickly during the busy summer months, so it is advisable to make your reservations well in advance. One of the most popular camping places is Jessie M. Honeyman State Park, just south of Florence, which offers everything from tent camping to sites that will accommodate large motorhomes. The campground has a few full hookup RV sites and more than 120 sites with water and electric hookups. 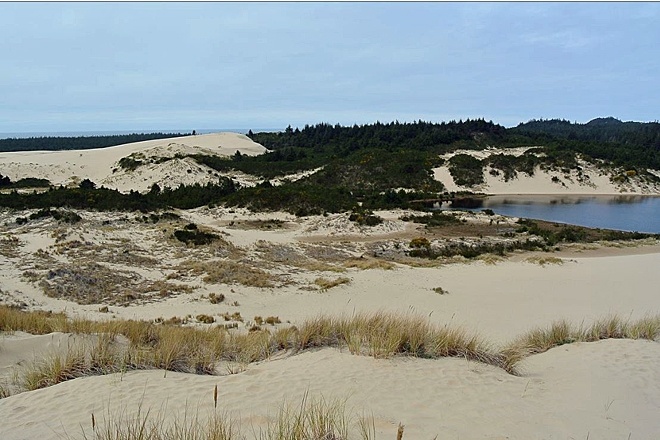 The next time you find yourself traveling the wild and majestic Oregon Coast, allow time to stop at the Oregon Dunes. You’ll be glad you did.

Thought For The Day – Why is it that I hate to spend $6.50 on six pieces of raw chicken at the grocery store, but don’t hesitate to spend $5 on one chicken sandwich?