If you are driving from the Georgia state line all the way south to Key West, Florida is about 500 miles long. But east to west, at its widest point it’s only 160 miles. Yeah, it’s a narrow state. Which is good because we made the round-trip from coast-to-coast yesterday.


When we first met, Miss Terry had a beautiful collection of antique oil lamps, which she dearly loved and was very proud of, and for good reason. I remember admiring them the first time I visited her snug little cabin in Arizona’s White Mountains, and Terry telling me that one that she had always wanted but never been able to acquire was an Aladdin Lincoln Drape model.

When we hit the road as fulltime RVers we had to get rid of many things because they just would not fit in the motorhome, and the lamp collection was one of those things. Now that we are off the road and living in a house again, I have asked Terry if she has considered starting a new collection of lamps. She hasn’t really committed one way or the other. But several times she has talked about a Lincoln Drape, and I began a quest to find one for her, checking out antique shops and online sellers for a long time now.

The other day I found one on Craigslist that a woman over in the Tampa area had for sale for the unbelievable price of just $30. As soon as Terry saw it the light came on in her eyes and I knew I had to make it happen. I contacted the seller and made an appointment, and yesterday morning we drove across the state to take a look at it.

Although I’ve lived in a few cities in my time, I’m really a small town boy at heart, and between the heavy traffic we had to make our way through to get around the south side of the Orlando area, and even more when we got close to Tampa, I know I could never live in a place like that again. Bumper-to-bumper traffic that was either going 75 miles an hour, or else slowed to a crawl for no apparent reason. People changing lanes at the last minute without signaling, and others hitting their brakes for no apparent reason. I was stressed out before we ever reached our destination, and knew we had to do it all over again to get back home! 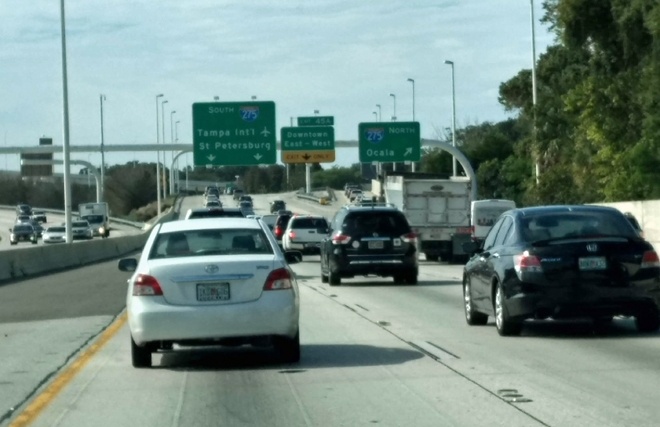 But it was worth it, because the lamp was everything Terry had hoped it would be and more. We chatted with the woman for a few minutes, paid her, and began the long trek home. Traffic was just as hectic going back eastbound as it had been when we were headed west. 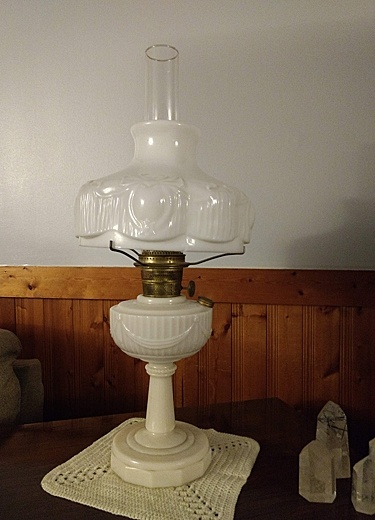 Between paying tolls and fuel, along with the price of the lamp, Terry’s probably into it for about $50. She said she could triple her money on it tomorrow if she wanted to, but I’m pretty sure this lamp isn’t going anywhere. It makes me happy to see her so happy.


I’m pretty much a fan of Amazon, the huge online retailer. Whenever I can’t find something at a local mom and pop business, my next step is always Amazon. There’s not much they don’t have, and overall they do a good job of getting it to you in a timely manner. Especially if you have Amazon Prime, which we do. But every so often they really drop the ball. Here is a good example; I ordered a new microphone to use with my Dragon dictation software on November 10th and it was shipped Next Day Air. 10 days later it finally arrived yesterday evening. And the Christmas rush hasn’t even started yet! Good job, Amazon. 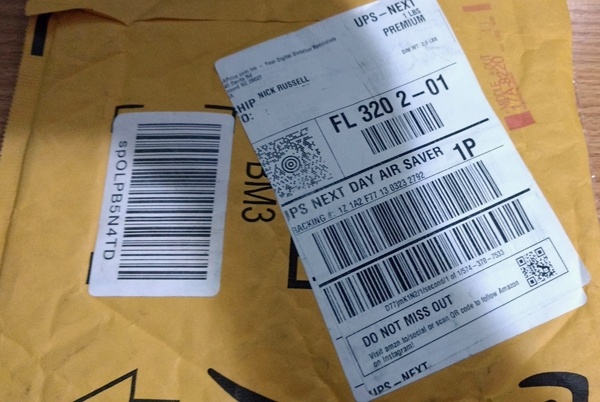 In other news, folks who prefer printed books over e-books will be happy to know that though it took a couple of false starts due to recent changes in the way they do things, the print edition of Strawberry Slugbug is now available on Amazon. I bet one of the readers on your Christmas shopping list would enjoy it. 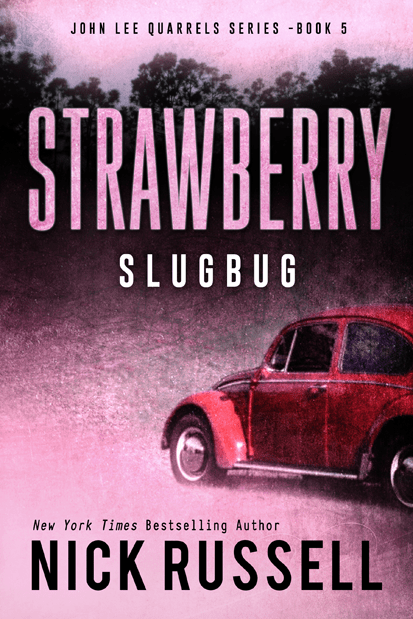 6 Responses to “It’s A Narrow State”