For centuries the land that now makes up Camp Roberts Military Reservation, a California National Guard post in central California, has been an encampment for Native Americans and soldiers serving a number of governments, from the Colonial Spaniards to Mexican troops to Americans soldiers who rode into battle on horseback or in tanks and helicopters.


Originally part of the historic Mission San Miguel de Archangel, founded in 1797, the site was acquired by the United States government in the early 1940s as part of the buildup during World War II. It was named after Corporal Harold W. Roberts, a World War I soldier who was killed in the Argonne Offensive in France and was awarded the Medal of Honor. Today Camp Roberts is the only major Army military installation named for a non-commissioned officer.

Camp Roberts was one of the Army’s largest training sites when it opened in 1941. It featured the world’s largest parade field; the length of 14 football fields. During the war more than 430,000 infantrymen and field artillerymen learned the skills they would need to defeat the enemy there, sleeping in tent cities during their 17-week training cycle. Besides the training facilities, the camp had a 750-bed hospital and housed German and Italian prisoners of war.

A number of well known people received their military training at Camp Roberts, including Robert Mitchum, Steve Allen, Steve “Hercules” Reeves, Red Skelton, and Caspar Weinberger. Bob Hope, Jack Benny, Laurel and Hardy, Lucille Ball, and Marlene Dietrich were among the celebrities who came to Camp Roberts to entertain the troops during the war years.

With the downsizing of the military after the war, Camp Roberts was deactivated in 1946, with only a small squad of personnel left to maintain it and prevent vandalism. Army Reserve units came to the camp every summer for their required two weeks of training.

Camp Roberts was reactivated in 1950 with the outbreak of the Korean War, and once again was busy with young soldiers being trained before they were sent overseas. By the time the truce was signed in September, 1953, approximately 300,000 trainees had passed through the camp on their way to war. In early 1954, Camp Roberts was once again deactivated and went back to being a summer training facility for National Guard and Army Reserve units.

When the Vietnam War came along, Camp Roberts came to life again, training soldiers for that conflict, though not on as large a scale as in World War II or the Korean War. In the 1960s the Army established the first satellite network at the camp, and the camp was used for vehicle and weapons testing. Crews for Navy river patrol boats also trained there.

The Army officially closed Camp Roberts in April, 1970, and a year later the California Army National Guard assumed control of the camp to establish a Reserve training and mobilization facility, which it still operates today. Units from all American service branches, as well as allied armed forces continue to train there. Numerous National Guard units have come to Camp Roberts to be trained before being deployed throughout the Middle East and Eastern Europe.


Today visitors to Camp Roberts can learn about the history of this proud old military installation at the Camp Roberts Historical Museum, the largest Army museum in California. Housed in the original World War II Red Cross headquarters and the original Camp Roberts Post Office, the museum is filled with weapons, uniforms, training materials, and other artifacts that tell the story of the camp’s importance from World War II and the Korean War to Vietnam, and on to present-day mobilizations in the Middle East. 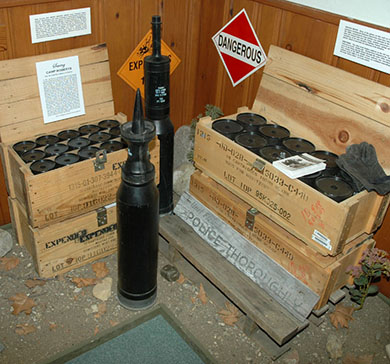 There are also exhibits on the Salinas Indians who once lived there, the Spanish missions, and early pioneers. The museum has a small gift shop, a video viewing room, a library, and research archives.

Outside the museum buildings a nice collection of tanks and other armored vehicles and more weapons are on display. There is a shaded picnic area in the back garden of the museum and restroom facilities. The museum is handicapped accessible. 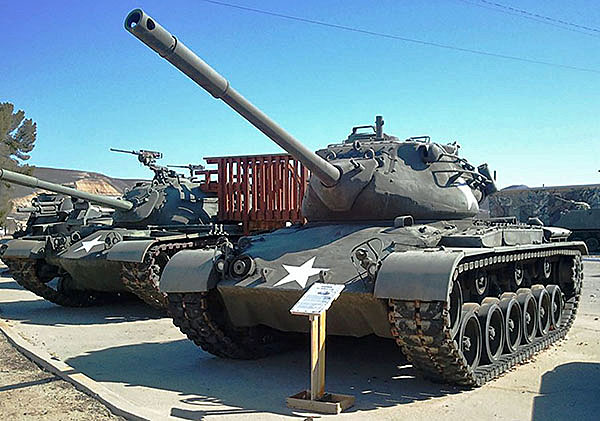 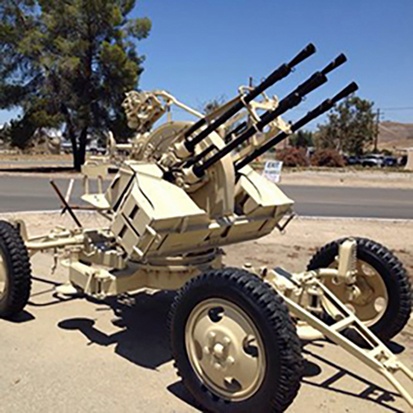 The Camp Roberts Historical Museum is open to the public on Thursdays and Saturdays from 9 a.m. to 4 p.m., excluding some national holidays. Admission to the museum is free. Visitors to Camp Roberts who do not possess an active or retired military ID card must stop at the Security Office to obtain a visitor pass before entering the Camp. A valid driver’s license, vehicle registration, and proof of insurance are required for a pass to be issued.

Camp Roberts is located on US Highway 101, twelve miles north of Paso Robles at Exit 244 and is an interesting day trip when visiting the other, more well known attractions of the Central Coast. Visitors will come away with a renewed appreciation for the men and women who trained there to serve our country.

Be sure to enter our latest Free Drawing. This week’s prize is an audiobook of Going Home With A Cat And A Ghost by RVing author Judy Howard. It’s the story of a woman liberated enough to travel the country in her RV, yet still imprisoned by tragic events from her past. To enter, all you have to do is click on this Free Drawing link or the tab at the top of this page and enter your name (first and last) in the comments section at the bottom of that page (not this one). Only one entry per person per drawing please, and you must enter with your real name. To prevent spam or multiple entries, the names of cartoon or movie characters are not allowed. The winner will be drawn Sunday evening. 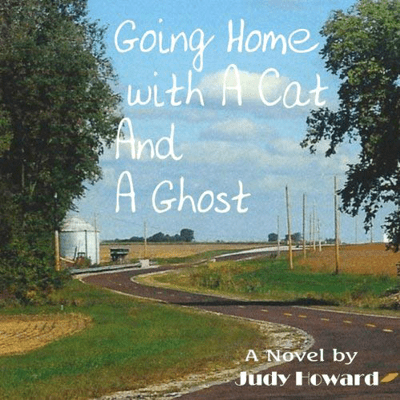 Thought For The Day – The best part of a cucumber tastes like the worst part of a watermelon.

One Response to “Historic Camp Roberts”