Nick's Blog » It Was A Nice Birthday

Thank you to everybody who sent me birthday wishes by email, text, Facebook, and phone calls yesterday. I was overwhelmed and humbled by over 400 Facebook messages, and more than 50 emails, along with texts and phone calls. There is no way I can find the time to thank everybody individually, but please know that you all touched my heart.


As for turning the big 66, I never thought I’d see that day, or anything close to it. And I feel very fortunate to be here. A younger friend asked me yesterday how it felt to be this old. The thing is, except for some aches and pains that are the result of dumb things I did when I was young and foolish, I really don’t feel old at all. My mind still thinks I’m 21. Of course, every now and then my body asks me what the hell I was thinking when I tried that stunt. But I really do think age is a state of mind. I knew somebody once who was a very old man by the time he was 20, and I have known some octogenarians who are as spry and frisky as teenagers.

Yesterday was a nice day. Since our buddies Greg and Jan White had something else going on, Terry and I stayed in bed snuggling and enjoying being together for a while in the morning, before deciding we should get up and get started on our day. Our friend Jim Lewis came by and visited for a while, and after he left we ran a few errands, stopping at the post office to mail off an order and making a Walmart stop. Well, that part wasn’t much fun. I hate going to Walmart and avoid it any time I can.

What was fun was stopping at the local Ford dealer to test drive this 2018 Mustang. 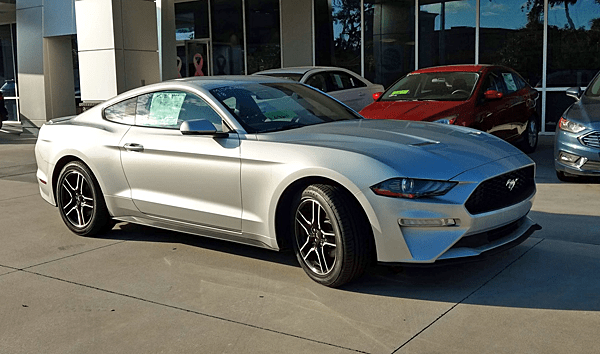 I have always liked Mustangs and I have had a bunch of them over the years. In fact, I have had fourteen 1967 models, some of which were show cars, some were daily drivers, and some were parts cars that were cannibalized for restoration projects. I’ve also had three 1966 Mustangs, a 1982, and a 1969 Mach 1.


And while I have a special place in my heart for those older pony cars, I have to tell you that the new stuff is pretty impressive! The one pictured here is an EcoBoost Premium model, and when I took it for a test drive I found that the 2.3 liter four cylinder 310 horsepower engine is a real rip-snorter. It’s a fast little car and handles very well. No, I didn’t bring it home with me, although Miss Terry told me I could if I wanted to. I was tempted, but I was good. Besides, I have to measure the garage and see what else I can fit in. 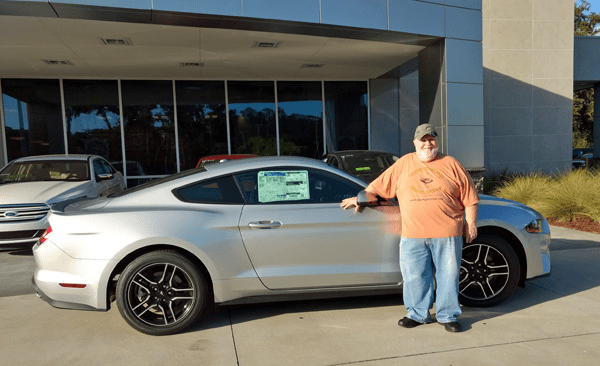 The doctor has Terry on a new medication that was making her feel a little nauseated, so she didn’t have much of an appetite at the end of the day. Since she wasn’t hungry, she suggested I stop at Joy Luck Chinese restaurant for take-out, knowing how much I like their shrimp fried rice. Okay, baby. If it will make you happy, that’s what I’ll do. You know how much I like pleasing you. Well, that, and you know much I like fried rice.

Thought For The Day – When marijuana is legalized, all tax proceeds from it should go to street and road repair and call it Operation Pothole.

2 Responses to “It Was A Nice Birthday”