As I wrote in Monday’s blog, I once had a secretary who used to tell me I was an old stick in the mud because I wasn’t always quick to embrace new ideas and changes. That wasn’t entirely true. I have no problem with changes, as long as they are positive ones. But sometimes change isn’t good.


Take for example this meme that’s been going around on Facebook for a while now. I agree with it. There was a time when men wore suits to work and looked like professionals. Now I don’t know what line of work some of them must be in, based upon the way they dress. For example, does the guy on the right work in a circus? Is he a human palette used for demonstrations by paint companies? Or is he just an example of bad taste and what can happen when cousins marry and have children? I don’t know when men’s fashion jumped the tracks, but it’s ugly these days. 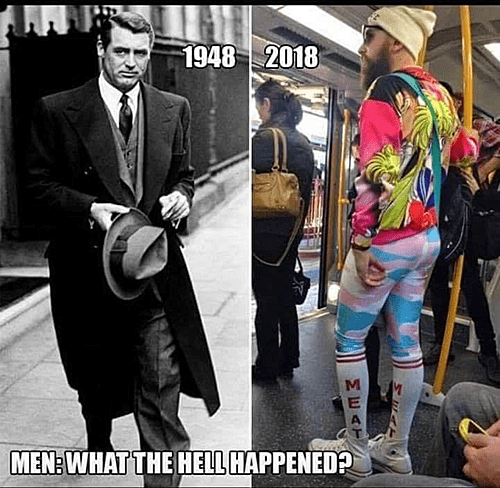 Of course, some change is convenient. Take automatic transmissions in cars. How many young people do you know that can even drive a standard shift anymore? But what if they had to? What if they were out with a friend somewhere in his or her vehicle, which had a standard transmision and there was some kind of an emergency where the owner couldn’t drive? Somebody could be up Kaka Creek without the proverbial paddle.

When I drive down the road and come to a school zone, they have a crossing guard. It’s usually an older person, who walks out into the road with a stop sign to halt traffic so kids can safely cross to the other side. I have no problem with that. But you remember the AAA Safety Patrol program?

Begun in 1920, the program provided a safer environment for generations of school children. And they didn’t need adults to pull it off. No, in those days kids were out there with the stop signs, wearing their white belts and making sure their fellow students got across the street safely. I was a crossing guard when I was in the fifth and sixth grade. I even had a nifty badge like this one, which was made in 1950. 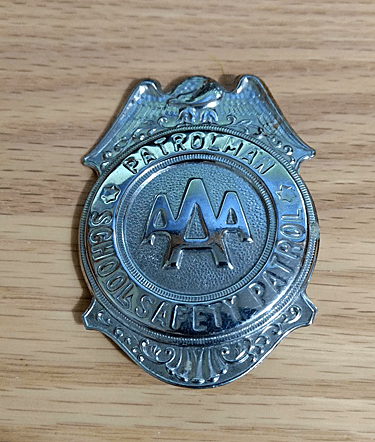 Today we have to arrange play dates for our kids and coddle them from the time they wake up in the morning until the time they go to sleep at night. When I was a kid I rode my bicycle without a helmet or kneepads, I carried a pocketknife since I was about eight years old, I drank out of water hoses and shared bottles of soda with my friends. We also wrestled in the grass, occasionally punched each other in the nose, played sandlot baseball without helmets and eye protection, rode in cars that didn’t have seatbelts, and believe it or not, none of us died. Today’s parents want to stick their kids in a hospital ICU if they so much as sneeze twice in the same 24-hour period. When did we become a nation of wimps?


Just the other day I got an email from someone relatively new to the RV lifestyle who was freaked out when he discovered a pinhole leak in the sewer hose while dumping his tank. Apparently some liquid got on one of his tennis shoes, so he had to throw them away, as well as the offending hose. There was a time you would wrap Rescue Tape around the hose, rinse off the shoes and wash your hands, and go on about your business without feeling the need to call in a hazmat crew. I’m not sure when that changed, but it did somewhere along the line.

Call me a dinosaur if you will, but sometimes I think the old ways of doing things was just fine.

Thought For The Day – Common sense is not a gift, it’s a punishment. Because if you have it you have to deal with all the people who don’t.