Whenever we can, we get off the interstate highways and travel the back roads of America. I’ve always said that a Grand Slam at a Denny’s in Paducah, Kentucky isn’t going to be any different than one at a Denny’s in Tucson, Arizona. And face it, just about every interstate highway exit in the country has the same generic fast food places, fuel stops, and big-box stores.


If you want see the real America, forget the interstates, the back roads are where it’s at. That’s where you’ll find the little small town cafés where the waitress calls you honey, pats you on the shoulder when she takes your order, and advises you not to order the pork chop sandwich today, because they are not very good. And on those back roads you’ll find all kinds of adventures and interesting places you never knew existed.

We were driving down US Highway 52 when we took a detour to check out the sleepy little riverfront town of New Richmond, Ohio. Little did we know what a hidden gem we were going to find just off the highway! Settled in the early 1800s, New Richmond was a hotbed of abolitionist activity in the years before and during the Civil War, and an important stop on the Underground Railroad. Things are little quieter around New Richmond these days, except for August, when the community hosts its annual Cardboard Boat Regatta on the Ohio River.

Yes, you heard that right, the folks in New Richmond race cardboard boats on the mighty Ohio. And if that’s not enough to make you want to go there, the town is also home to the World’s Only Cardboard Boat Racing Museum. Housed in a small building that looks like it might have once been a gas station, the museum displays an amazing collection of boats made out of cardboard. 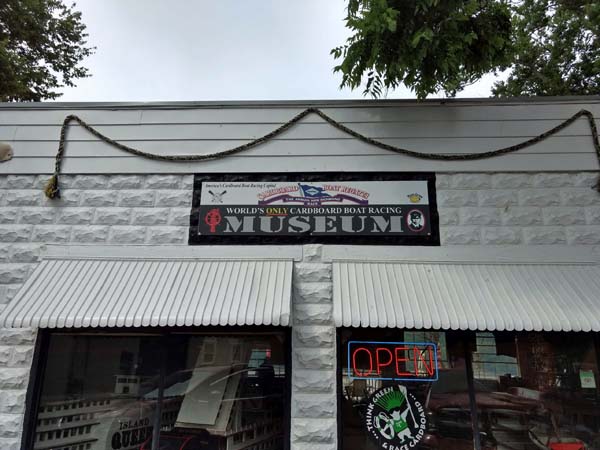 The annual regatta, which celebrated its 26th year this last August, is a fun filled event and the boats are as eclectic and creative as the imaginations of those who build them. And yes they are cardboard. As one of the volunteers at the museum told us, it’s amazing what you can do with cardboard and paint.

These boats resemble kayaks to a certain extent but compared to some of the things we saw the museum, they are pretty Plain Jane. 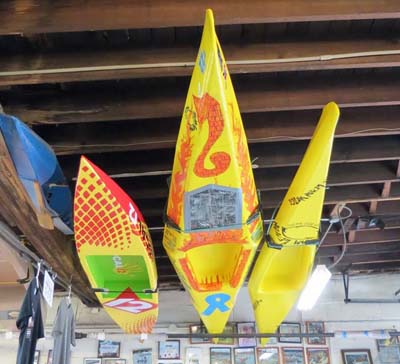 Especially compared to a boat built to look like a giant shoe. 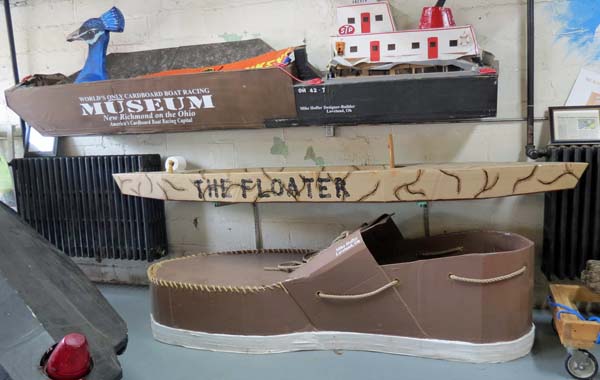 Or this one, that looks like a coffee cup and saucer, sponsored by a local business. 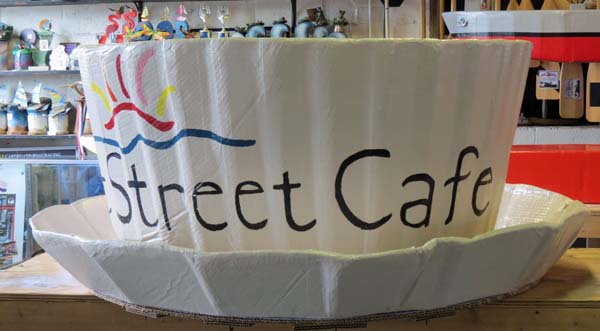 This one was really cool, a cardboard hot rod boat. I could never think of something that creative. 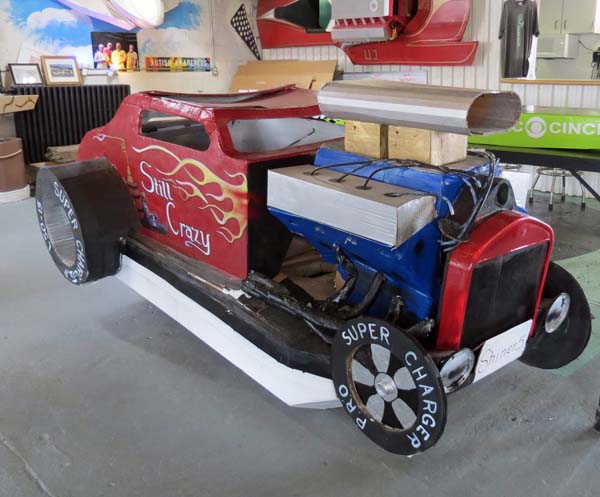 This is the one that really got our attention! The Island Queen sidewheeler is a reproduction of one of two steamboats, built in 1896 and 1925 respectively, that had the same name and carried passenger and freight on the Ohio and Mississippi Rivers. How cool is that? 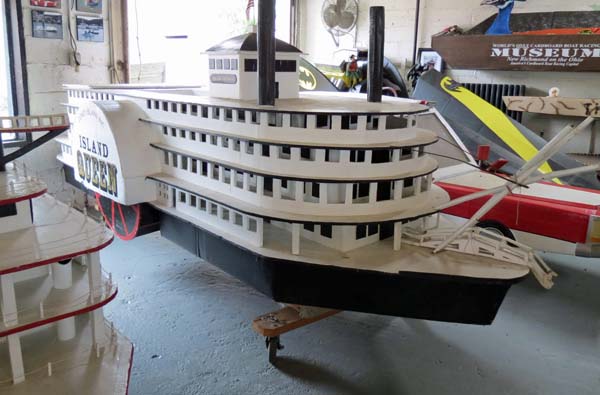 Other boats at the museum include a Batman boat, a ten-foot guitar, a school bus, the S.S. Minnow of Gilligan’s Island fame, a steam locomotive, a Jeep, a John Deere tractor, a Viking ship, and a swan.

The guys working at the museum were very friendly and happy to answer all our questions. They even invited us to come back next year to watch the regatta from the museum. We just might have to take them up on it! The annual race is held the 3rd Saturday of August during the New Richmond RiverDays Celebration.


The World’s Only Cardboard Boat Racing Museum not only displays cardboard boats, it also offers classes in building cardboard boats and student tours to learn about the boats. Whenever you are in Southeast Ohio, it’s really worth your time to stop.

The museum is located at 311 Front Street in New Richmond and is open Tuesdays from 3-6 p.m. and weekends from 9:30 to 4:30. The parking lot is small, but there’s not much traffic on Front Street and you should have no problems parking an RV on the street nearby. There is no admission fee, but donations are welcome to help support the museum.

For more information, visit the museum’s website at http://www.cardboardboatmuseum.com/.

Thought For The Day – Does anyone know where I can sign up for the lessons I should have learned by now?