For the last few years I’ve been very disappointed in many of my fellow countrymen. I have seen so many friendships ruined and even families divided over politics. These days it seems like we have to be conservatives or liberals, Republicans or Democrats, deplorables or snowflakes. It seems like there is no middle ground left where we can come together and compromise. Nope, for a lot of people it’s my way or the highway.

That being said, I have been very impressed with what I’m seeing on social media about the hurricane headed for the Carolinas. In a large Facebook RV group I help administer and other places online I have seen dozens of posts from people who are inland, away from the storm’s impact area, offering people a place to stay if they need it. Sometimes it’s only a place to park your RV and dry camp until it’s safe to go home again and sometimes it’s the actual offer of a bedroom or two to total strangers in need. With all of the negativity we see in politics these days, it warms this old man’s heart. That’s what America is about. That’s who we are.

Since my blog post about the fact that I’ve been using oil derived from medical marijuana to help deal with my back pain, I have received several messages from people warning me that I am in violation of federal law for owning guns. Because while medical marijuana is legal in 30 states, not to mention nine states and Washington DC who have legalized it for recreational use by adults over the age of 21, the federal government still classifies marijuana as a harmful drug that can lead to addiction. As opposed to the opioids that the doctors keep pushing on patients because that’s where the money is.

Yes, legally this lifelong gun owner who has had a concealed carry permit for over 30 years, this veteran who served his country in time of war, this former military firearms instructor who has worked in law enforcement and doesn’t have a blemish on his record is now considered a junkie who can’t be trusted with a weapon. If I was a drunk, I could still purchase a gun. If I was strung out on opioids, I could become a victim. But since I have found a natural remedy for the constant pain I’ve lived with since I was injured serving my country 46 years ago, I am now a criminal under federal law. The law that’s backed by the big pharmacy companies who get rich from other people’s suffering. Something is not right with that picture.

Did you ever think what you might ask God if you ever met him (or her)? Would you ask him why your favorite grandma had to die? Would you ask why some people who have never hurt anybody in their life have to suffer so much? Or would you simply ask what it’s all about and why we’re here in the first place?

Not me. I don’t need to bother the big guy (or gal). I just want to talk to Noah and ask him why the hell he brought those two mosquitoes onto the ark? What was he thinking? There will always be mosquitoes here in Florida, they are a fact of life. But this year we seem to have a bumper crop of them. There are more of them and they are more aggressive than I’ve ever seen before. The other day when my friend Jim was helping me jumpstart my truck I realized that neither one of us had seen a single, solitary mosquito. I even mentioned it to Jim, saying that maybe they had all died off at the same time. I was wrong. Those sneaky little flying vampires were just biding their time.


There was supposed to be a rocket launch from Cape Canaveral at 11:30 Sunday evening so Terry and I went out on our carport to see it. As it turned out, the launch was pushed back an hour or so and we didn’t see it. But in the few minutes we were outside, every mosquito for three counties descended on us and used us for their blood bank. Why Noah? Why?

Some people have asked me how I’m coming in my current book project. Yesterday I did another 3,700 words, putting me well past the 2/3 mark on my new John Lee Quarrels book, Strawberry Slugbug. I’m still planning to have it finished and out sometime this month. 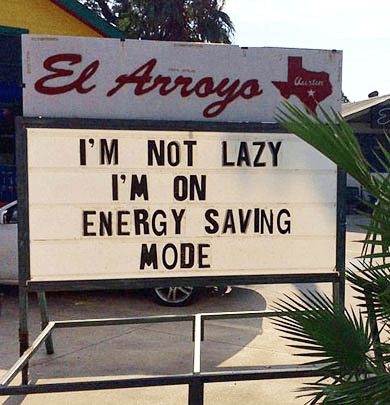