Nick's Blog » The Dogs Of Daytona

Daytona Beach, Florida has been a popular vacation spot for well over 100 years, and many who come to enjoy the white sand beaches, the amusements along the Boardwalk, or to see a NASCAR race at the Daytona International Speedway are so taken with the friendly seaside town that they move there permanently or purchase vacation homes to spend the winter months away from the ice and snow up north.


One such couple were wealthy businessman Charles Grover Burgoyne and his wife Mary Therese, who retired to Daytona Beach in 1894. Born in Fairmont, Virginia in 1847, Burgoyne joined the Union Army during the Civil War when he was just 14 years old. He later moved to New York and made his fortune in the printing industry. And while Burgoyne may have retired from that business, he was an early mover and shaker in Daytona Beach.

Many credit him with being the father of tourism in the area, and he served as the mayor of Daytona Beach in the late 1800s. The Burgoynes were philanthropists who did a lot for the city. Though they had no children of their own, they provided money to see that local schoolchildren always had milk and something to eat, and they provided housing for children in need. Every year they threw a large party and welcomed every child in town to attend.

The Sweetheart Trail, a walking and jogging pathway, runs along the Halifax River at Beach Street, which was at one time the center of downtown Daytona Beach and is now home to trendy boutiques, restaurants, and antique shops. Named after the Burgoynes’ 75 foot yacht Sweetheart, the Sweetheart Trail is part of the East Coast Greenway, a 2,900-mile-long shared-use trail between Calais, Maine, and Key West, Florida. 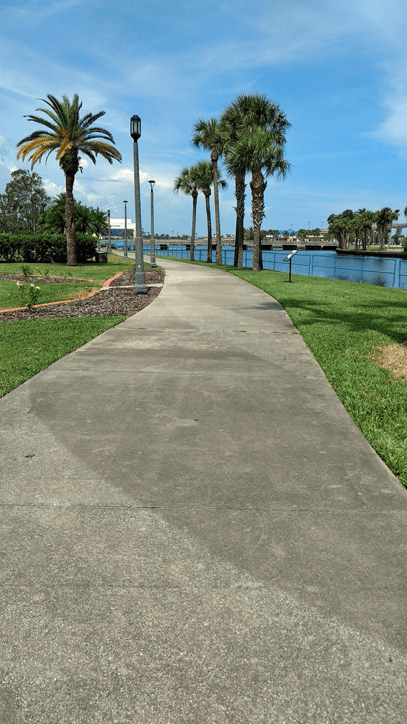 Standing beside the Sweetheart Trail in Riverfront Park at the corner of Orange Avenue and Beach Street is a statue of what was at one time one of the most famous dogs in the world. Brownie was a stray who hung out in downtown Daytona Beach from about 1939 until his death in 1954. He was a friendly dog who always had time to stop and visit with anybody who was willing to give him a kind word or a pat on the head. If you were waiting at a bus stop, Brownie would wait with you until your bus came along, then mosey on down the street to find somebody else who welcomed his company. And it seems like everybody welcomed his company! 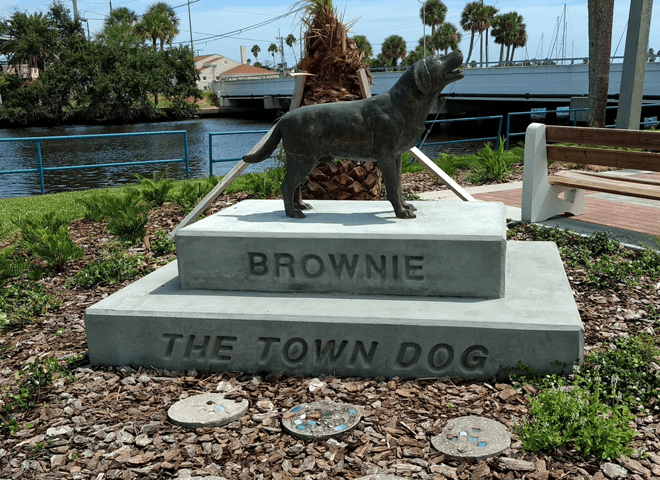 Everyday Brownie would make the rounds of the shops along Beach Street, where people would give him a treat, water, or just some loving. The local firemen built him a custom doghouse, people took up a collection and opened a bank account for him at the Florida Bank & Trust, and he lived well on steak and ice cream.


Featured in local and national publications, Brownie became as much a tourist attraction as did the beach and the cars that raced on it in the early days of automotive racing. When he died they held a funeral for Brownie, with the Mayor of Daytona Beach officiating. He is buried next to his statue with the epitaph “A Good Dog.” 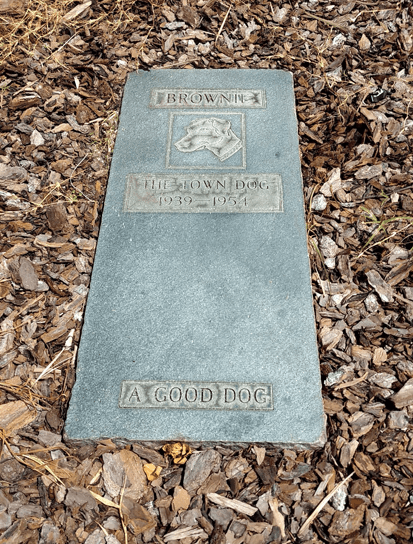 Even though he’s been gone well over 60 years, Brownie’s grave remains one of the most visited dog memorials in the world. A comment on a sign near his grave says it all, Brownie was owned by no one, but beloved by all. He even has his own website, https://www.browniethetowndog.org/

Brownie was not the only famous dog from this area. Back in the 1950s, Justice of the Peace J.C. Beard presided over the Daytona Beach courthouse, ably assisted by his dog Pepper. The judge was a quirky character and it was not uncommon for him to turn to Pepper once he had found somebody guilty and ask the dog how much time the convicted person should get. If Pepper barked twice, the judge sentenced them to two months in jail. If Pepper barked four times, they got four months, and so on. According to one report, there was an occasion where the judge found someone guilty and turned to Pepper and asked what the sentence should be, and the dog remained silent. That hadn’t happened before, but Judge Beard told the convicted man, “I still think you’re guilty, but my dog doesn’t, so I’m not going to send you to jail. Now get out of here.” 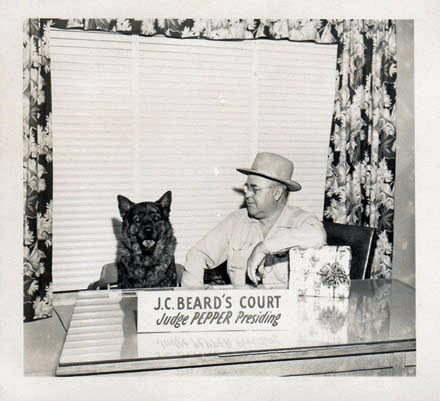 Unfortunately, unlike Brownie the Town Dog, some people didn’t appreciate Pepper or Judge Beard, and they were both murdered in the courthouse. According to the book Haunted Daytona Beach by author Dusty Smith, security guards at the courthouse have claimed to hear Pepper growling and barking and the footsteps of Judge Beard late at night when the building is locked and nobody is around. Maybe they’re looking for whoever did them in so they can send them away for a long, long time.