I know it’s only been a couple of weeks since my last Q&A column, but I’ve been getting a lot of questions from readers that I thought might be of interest to some of you as well, so here we go.

Q. Our first motorhome was a gas rig and it had an awning that we had to open and close manually. Our brand-new diesel pusher has a power awning with some kind of automatic gizmo that is supposed to close it if the wind gets too high. But I just don’t trust it and I still put the awning up any time we leave the RV to go someplace. My husband insists it’s a waste of time but I don’t want to come home sometime to find out the sensor didn’t work and the awning was destroyed. Since he believes Nick Russell walks on water, I told him I was going to ask your opinion. Would you put the awning up when you leave the RV, or leave it out and trust the wind sensor to handle it?
A. Truth be told, I can’t walk on water, but I have been known to waddle through a mud puddle now and then. And like you, anytime we left our motorhome, the awning was retracted and secured.

Q. Due to a health issue that has forced us to return to New Jersey to care for a family member, we are going to have to park our motorhome at a storage place in Florida for several months, possibly as much as a year. We are concerned about moisture because it is so humid there. Any suggestions on what we can do to cut down on it?
A. When we had our motorhome stored after we bought our house here in Florida, we put two large canisters of DampRid in it, one in the kitchen and one in the bathroom. It seemed to work pretty well, but I don’t know how it would do if you’re going to be away for several months. We changed ours out about every 60 days. 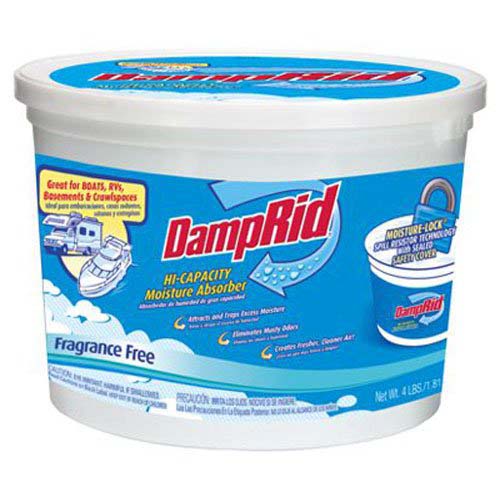 Q. We are new to RVing, and last week at a campground we were talking to a neighbor who told us that the locks on the bay doors are all generic and just about any key will open them. We didn’t believe him, but sure enough, when his key wouldn’t fit, he had a friend come over with his keys and he was able to unlock our bays. Is this common?
A. Yes, it is, that’s why one of the first things we did was have all of our bay door locks changed on every RV we ever owned.

Q. After seven years of fulltiming we find that it’s just not working for us anymore, partly due to the fact that our motorhome has given us nothing but trouble for the last four years and is becoming a money pit, and partly because we just don’t enjoy the constant moving from place to place every two or three weeks. I know that you and Terry made this decision a while back and I’m wondering what has been the hardest adjustment for you guys to go from living in an RV to living in a sticks and bricks house again?
A. For us, space has been an issue. Not a lack of space, but too much of it. After all of our years of living and traveling in a motorhome, where we were always within sight of each other, it’s been an adjustment to be in this big house where her loom room is on one side and my office is on the other. Even though we are in the same house, we miss that closeness sometimes. People say we are codependent, but that’s okay, being together is very important to us, no matter how you label it.


Q. We are the proud owners of a brand-new fifth wheel, having taken delivery June 1. But since that time we have had two blowouts on the tires that came with the trailer. The local Goodyear tire store is telling us we should replace all of the cheap Chinese tires that came on the RV with better tires. Were our two blowouts just a fluke, or would you do the same thing?
A. Hindsight is always 20/20, but if I had been in your position I would have insisted on having the factory tires replaced with quality tires before I ever took delivery. The crappy tires they put on new travel trailers and fifth wheels are an accident waiting to happen.

Q. We have an RV GPS, and for the most part it’s been pretty accurate. But I still like having my trucker’s road atlas to refer to and plan trips. It’s about five years old and pretty worn out and I want to get a new one, but my wife thinks I’m just being old-fashioned. What do you think?
A. The 2019 Rand McNally 2019 Motor Carriers’ Road Atlas costs less than $20 on Amazon. That’s a small price to pay to have an excellent backup reference that includes things like updated restricted routes and low clearance overpasses and tunnels. 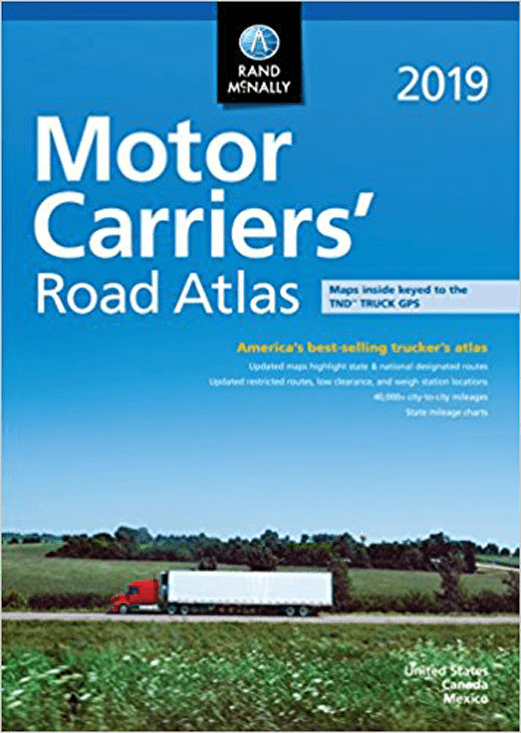 Q. I know you’re working on your next John Lee Quarrels mystery book now, and then I think Big Lake Wedding is the next one in the Big Lake series. Please tell me that when Sheriff Weber and Robyn get married it won’t be the end of the series? I have fallen in love with that crazy little mountain town of yours and the people in it.
A. Don’t worry, I will never live long enough to tell all the Big Lake stories that are rolling around inside my head. There are a lot more of them to come after the wedding.

Q. We have not started fulltiming yet but hope to right after the first of the year. One concern we have is our very large Rottweiler. Max is a great dog and we love him to death, but he can be aggressive with strangers and other dogs. We both really think this is going to be a problem, and as much as we love him, we think we need to let him live with our son and his wife. They are both fine with that, since he stays with them when we go out of town several times a year. But somebody else said we should try him out in the RV at a few local campgrounds first. What do you think?
A. I love dogs, except for the yappy little ankle biters, and we were faced with the same decision when we went on the road. My very large protection trained German Shepherd was not an animal that would have fit into the RV lifestyle very well, and he found a new home with a police officer friend of mine and became a working K-9. I think it worked out best for everybody that way. You will also find that many RV parks limit the size of dogs they allow, and their insurance companies prohibit certain breeds, among them Rottweilers, German Shepherds, Pit Bulls, and Dobermans.

Thought For The Day – My rights don’t end where your feelings begin.