I know I’m showing my age here, but I have to ask. What the hell is a play date? And why do kids need them? I had never heard of a play date until the last few years. If we had play dates when I was a kid, it consisted of all the mothers in the neighborhood telling the kids to get outside and play until it was time for lunch, and after lunch to go back out and play again until it was time for dinner. They didn’t really care what we were playing or where we were playing it, just so we were out from under foot. And wonder of wonders, we survived!


I ask this because I got an email from a woman who told me that she and her family are fulltime RVers who are homeschooling their two sons, ages 15 and 17 on the road. She said in the nine months they’ve been traveling it’s been a wonderful experience for the most part, but one issue she is having problems with is finding play dates for her boys when they go to RV parks where they don’t know anybody. She wondered if there was something like Boondockers Welcome which lists homes and businesses where RVers can park for free overnight, but to arrange play dates instead.

Always eager to help my readers, I did an Internet search for play dates. Boy, am I glad Miss Terry didn’t walk in when I was reading those results! And based on some of the links I clicked from there, that old saying that boys will be boys may not be entirely true anymore. I admit that for a second there I almost fell a little bit in lust with a beautiful blonde named Eve. Then I took a closer look and found out she’s really an Adam. Nope, not going back to that website again!

But seriously. At 15 and 17 years old, do boys really need a play date? How about handing them a basketball and pointing toward the campground’s hoop and saying, “go play.” Who knows? They might actually make some new friends and get a game going.

Play dates. I just don’t get it.

Yesterday Miss Terry put the finishing touches on her new rug and it now rests proudly right inside our front door. This picture shows it’s true colors better than the one yesterday. 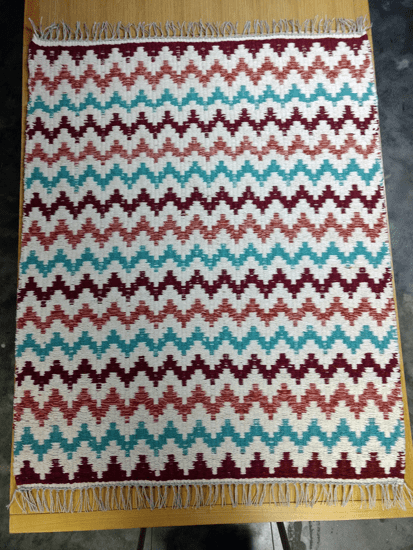 While she was doing that, I wrote the last chapter in my new John Lee Quarrels book Strawberry Slugbug and printed it out for Terry to begin editing and proofing. It came in at 83,774 words, which makes it one of my longest novels to date. Most of them come in somewhere around 75,000 words, give or take.

While the new book is going through the editing and proofing stages I’ve got a few days to catch my breath before it’s ready to be uploaded to Amazon. But that doesn’t mean I’ll be goofing off too much because I have a lot of work ahead of me. I have to write the first chapter of the next John Lee book to include at the end of this one as a teaser, then I have to get my author’s newsletter ready to send out, and there are blogs to write, including some stories from our road trip back in July that I haven’t gotten around to yet. I guess I’d better catch that breath real quick so I can get to work, huh?


And in closing, here’s a chuckle to start your day from the collection of funny signs we see in our travels and that our readers share with us. 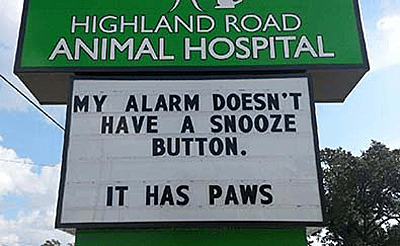 8 Responses to “Really? A Play Date?”