I got involved in an email discussion with a gentleman the other day that was frustrating for him and me both, I’m sure. And the upshot of it all was that I just don’t get it.

Somebody referred this man, who is building an MCI bus conversion similar to what we had, to me. He was having problems with his generator and hoped I could help him. And I tried. But like I said, apparently I just don’t get it.


When we converted our bus, we removed the large air conditioning compressor that was in a compartment behind the driver’s side front wheel. We didn’t need an air conditioner capable of cooling down 47 people, but we did need that space to install a generator. 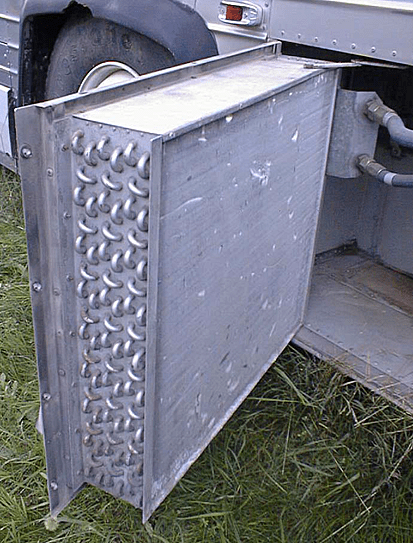 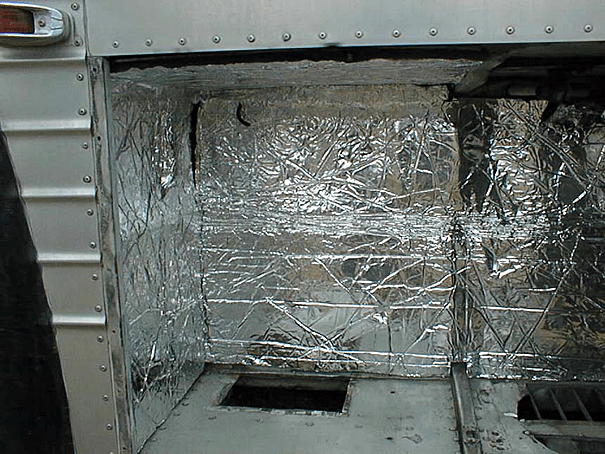 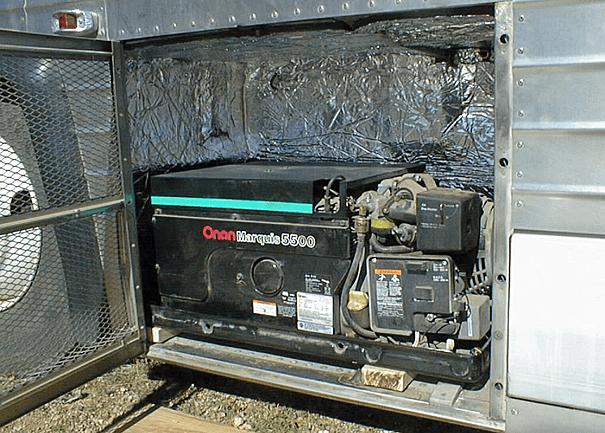 The person contacting me is using the same generator in his bus, but he said it stops running after a few minutes and wanted to know if I could give him any suggestions as to why. It took me about 30 seconds to figure out what his problem was. Instead of mounting the generator where we did ours, he mounted his inside of his first pass-through storage bay and cut a small hole in the floor of the bay to run an exhaust pipe out. The result is that every time he closes the bay doors, the generator runs for about 15 or 20 minutes and then stops.

I’m no engineer by any stretch of the imagination, but I do know that an internal combustion engine needs two things to run, fuel and air. Since he said the gas tank is full and gas is reaching the generator, that only leaves one thing. I told him it’s not getting enough air. He disagreed and insisted there was another problem.

If you’ll note from the pictures of our bus, above, the compartment where the original AC was has a mesh covering over the door, and there are a couple of big holes in the floor from the AC installation. These allowed the generator to breathe. One time we were at an RV rally in Bowling Green, Ohio, and it had been raining for several days nonstop. The ground where they parked us was soft and before long our big heavy bus just sank into the muck. And when we did, our generator stopped working. It needed that airflow from underneath.


In this man’s case, once the bay doors are closed, his generator runs out of air. But when I told him that, he disagreed. He said that when the bay doors are open it runs fine, the problem is only when he closes the bay doors. Well, duh, that should tell you something, shouldn’t it? Apparently not, because his argument is that there is still plenty of air inside the bay, it’s not like it becomes a vacuum when you close the doors.

I tried folks, I tried. But it was one of those times when you are just beating your head against a wall and you might as well stop. The upshot of it was that he said I just don’t get it and thanked me for “wasting” his time. Well, you have a nice day, too, sir, and best of luck to you with that generator problem.

I was reminded of the old saying never try to teach a pig to sing. It’s a waste of time, and it annoys the pig.

Congratulations Hank Whitney, winner of our drawing for an audiobook of Ken Rossignol’s The Chesapeake: Country Cornpone Cornucopia. We had 51 entries this time around. Stay tuned, a new contest starts soon. 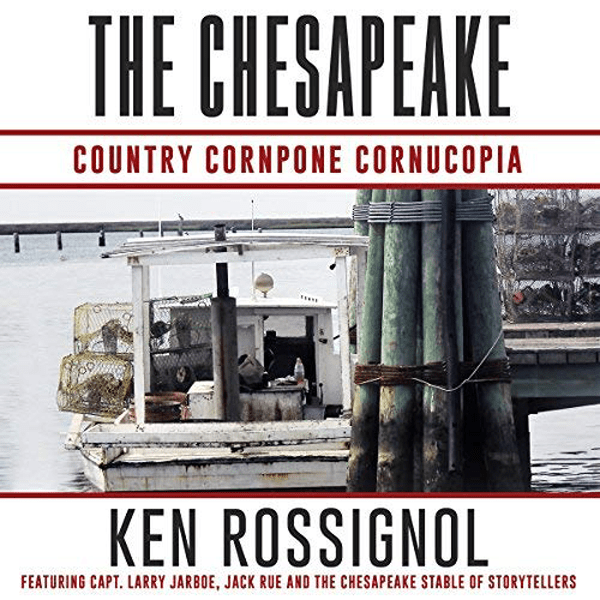 Thought For The Day – Don’t try walking a mile in my shoes, that would be boring. But spend five minutes inside my head and it will really freak you out.