It has been said that when President Abraham Lincoln met author Harriet Beecher Stowe, he said, “So you’re the little woman who wrote the book that made this great war!”


While there is some debate as to whether or not those words were ever spoken, there is no question that Stowe’s famous book Uncle Tom’s Cabin played a role in the events that followed its publication by exposing the evils of slavery to millions of people living in the northern states who, until then, were either unaware of or chose not to be aware of what was happening in our southern states.

Born on June 14, 1811, in Litchfield, Connecticut, the future author was the seventh of 13 children of well-known Calvinist preacher Lyman Beecher and his wife Roxana. Her mother died when Harriet was just five years old. After graduating from the Hartford Female Seminary she moved to Cincinnati, Ohio in 1832 to live with her father, who was then the president of Lane Theological Seminary.

The family lived in an impressive two-story house a short walk from the seminary, and during her father’s tenure there it was popular with students who stopped by in the evenings and on weekends to discuss theology and events of the day. 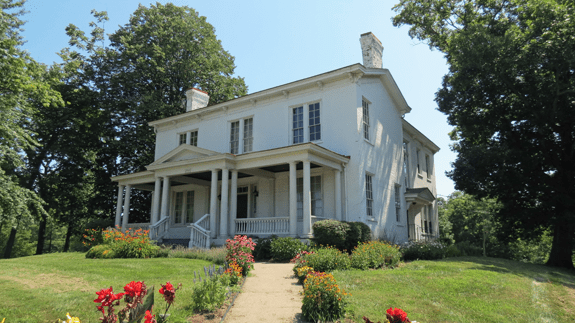 The Beecher family were strong and vocal abolitionists. Her brother, Henry Ward Beecher, a famous preacher and abolitionist, graduated from the Lane Seminary and then moved to New York City, where he founded the Plymouth Church in Brooklyn. It became known as the Grand Central Depot for the Underground Railroad because so many escaped slaves found refuge there on their way to Canada, where they were guaranteed freedom. Another brother, Edward Beecher, was a Calvinist minister who became the first president of Illinois College in Jacksonville, Illinois. He was also a very active abolitionist who worked hard to put an end to slavery.

Harriet met her future husband, widower Calvin Ellis Stowe, while living in Cincinnati. Stowe was a professor at the seminary and before she died, his wife Eliza had been Harriet’s friend. Another enemy of slavery, Stowe was active in the Underground Railroad, helping fugitive slaves on their journey to freedom. The couple married on January 6, 1836 and would have seven children together.

Shortly after their marriage, Calvin Stowe took a job in Europe and was gone for extended periods of time. Remaining at her father’s home in Cincinnati, Harriet continued to be active in the abolitionist movement. When Calvin returned to the United States he accepted a teaching position at Bowdoin College in Maine. It was while they were living in New England that Harriet began work on what would become one of the most famous books of all time.

Originally published in installments in the antislavery newspaper The National Era, her novel Uncle Tom’s Cabin became an immediate bestseller when it was released in book form in 1852. In its first year of publication it sold 300,000 copies, making it the best-selling novel of the 19th century. The book’s bestseller status extended worldwide and it was eventually translated into hundreds of different languages. It would become the second best-selling book of its time, second only to the Bible.

Harriet’s story of the terrible conditions slaves lived under, the abuse they were subject to, and the horrors of watching their children sold away outraged people far and wide and helped fuel the fire of the abolitionist movement.

The Civil War has long been over with, and slavery is now illegal in America, thanks in part to Harriet Beecher Stowe. Today visitors can tour the Harriet Beecher Stowe House in Cincinnati, where she lived with her family prior to her marriage to Calvin Stowe and while he was off in Europe. Located in the historic Walnut Hills neighborhood, the house hosts educational tours, lectures, and readings.

Many of the rooms have been restored and furnished to reflect the times when the Beecher family lived there, and displays throughout the house talk about the famous author and her family, their accomplishments, and their tragedies. And along with the fame that Uncle Tom’s Cabin brought, there were also terrible losses for Harriet and Calvin. Their son, Samuel Charles Stowe died at just eighteen months old. Another son, Frederick William Stowe, survived service during the Civil War but was a tortured soul. I will tell you more about him in tomorrow’s blog.

And as for Harriet herself, after her husband Calvin died in 1886, she began to decline in both physical and mental health. In her last years she was afflicted with dementia and was known to wander her Hartford, Connecticut neighborhood, walking into people’s homes at all hours of the day and night for unannounced visits. It became so bad that her family hired a caretaker to keep her out of trouble. She died on July 1, 1896, at age 85, in Hartford and is buried in the historic cemetery at Phillips Academy in Andover, Massachusetts.


It somehow seems appropriate that long after the Civil War the home of the Beecher family would eventually become part of a thriving African-American business district in Cincinnati. It became a rooming house and tavern known as the Edgemont Inn and was featured in The Negro Motorist Green-Book, which listed safe housing, restaurants, rest stops, and other accommodations for African-American travelers during the days of segregation and discrimination. 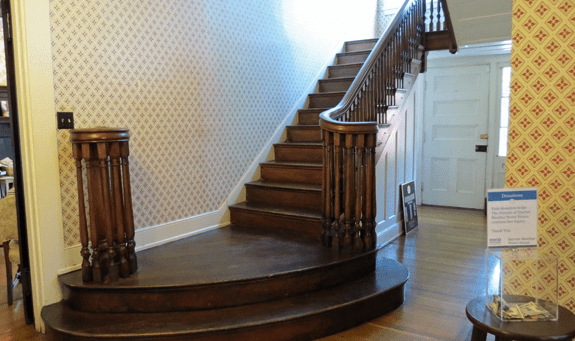 Today the house has been restored and furnished much like it would have been during the days when the Beecher family lived there. During a tour of the home, docents talk about that period in its history and point out changes made to the structure over the years. 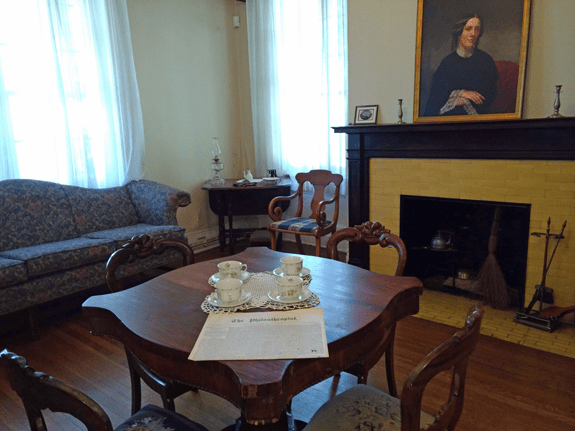 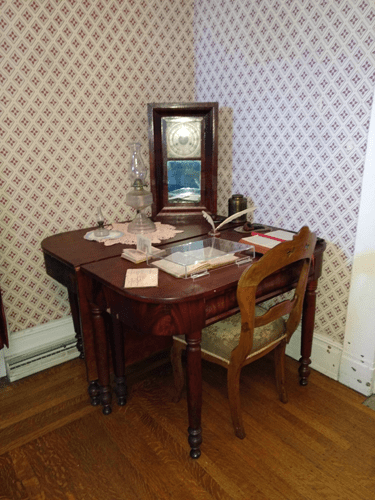 Located at 2950 Gilbert Avenue in Cincinnati, the Harriet Beecher Stowe House is open Thursday – Saturday from 10 a.m. – 4 p.m., and Sundays from noon to 4 p.m. Admission is $4 for adults, $2 for children ages 6 – 18, and kids five and under are free. There is a small parking lot behind the house that will accommodate passenger cars, but this is not a place to be driving a big motorhome or towing a trailer. Leave your RV at one of the area campgrounds when you visit. For more information, call (513) 751-0651 or toll free (800) 847-6507, or visit the house’s website at http://stowehousecincy.org/index.html

Be sure to enter this week’s Free Drawing, because we’ve got a great prize this week. Jim O’Briant has donated a one year subscription to www.OvernightRVParking.com. This is a great resource for RVers, listing well over 13,000 free places where you can park overnight. It’s a $24.95 value and it could be yours free if you’re our lucky winner. To enter, all you have to do is click on this Free Drawing link or the tab at the top of this page and enter your name in the comments section at the bottom of that page (not this one). Only one entry per person per drawing please, and you must enter with your real name. To prevent spam or multiple entries, the names of cartoon or movie characters are not allowed. The winner will be drawn Sunday evening.

Thought For The Day – Sometimes I sit and think. Other times I just sit.