I have only been drunk a few times in my life, maybe half a dozen at most, and that was back during my Army days raising hell with the guys when we got off duty. That phase of my life didn’t last very long for a number of reasons, including I don’t like the taste of alcohol, I don’t like having my head scrambled, I realized it was dumb to spend money to drink something that caused other people to tell me what an ass I was the next day, and because getting shot in the stomach makes it hard for the body to process booze. Some people start their night drinking and hope to end it holding some girl they met in a bar. Every time I drank, I spent the night hugging the porcelain throne.


Another factor was that when I was growing up I had several family members who were heavy drinkers, and I never liked being around them when they were plastered. So, I haven’t had a drink of anything, including beer, for well over 40 years.

And I never smoked grass. I’ve been around people who smoked it, but like I said, I don’t like having my head scrambled.

All of that being said, it’s official. I am now a certified card carrying pothead. As regular blog readers know, I’ve got a very bad back. In the past I would have a bad spell a couple of times a year that would last for a few days and then I would get back to whatever passes for normal for me. But it has gotten much worse in the last eight months or so and I’ve had almost constant pain.

A recent MRI confirmed that I have some badly bulging discs and a couple of deteriorating vertebrae. I’ve been to doctors, chiropractors, ERs, and anybody else I thought could do me any good. Some things have helped more than others, but short of surgery, which two different doctors have advised against, I don’t think the problem will ever go away.

Doctors love to give you pills, and I’ve got some heavy duty stuff. But I have a terrible fear of getting addicted to opioids, and just like booze, they left my head so foggy I couldn’t function. But that all changed after I discovered medical marijuana.

Now let me tell you right up front, I was very hesitant to try it. I knew it has some great benefits to it, but I had to get over that “it’s a drug” thing in my own head first. But when you’re in enough pain that never seems to end you get desperate enough to try anything. So I did.

Not actual pot, that’s illegal here in Florida, but medical cannabis is legal in a couple of different forms, including oils. I got some, Terry mixed it into a batch of fudge (you all know I have a sweet tooth), cut it up into squares a little smaller than an inch and I gave it a try. I was amazed at the results. Within a couple of days my pain level was reduced by 50%. I had already cut out all of the heavy duty prescription drugs, but I was taking four ibuprofen’s three times a day. Now I sometimes take three of them once a day, and usually none.

Until that point, my back was hurting so bad that I could only sleep sitting up in my recliner. Since the first time I ate a piece of the marijuana oil infused fudge I have been able to sleep in bed. My regular sleep pattern has always been to toss and turn, trying to get comfortable because my back hurts so much, and usually sleeping for two or three hours, then having to get up and move around a little bit and going back to bed to try again. Now I am sleeping five and even six hours straight through before I get up for a potty break. And then I go back to bed and fall right back asleep.

Before I started on the cannabis oil I was using a cane to get around, and for a while, two canes. After a week or so I didn’t need the cane anymore, and this week I am back to doing a half mile twice a day on the treadmill. Those are real world results I can appreciate!

You have to jump through a bunch of hoops in Florida to get a medical marijuana card, including first being examined by a doctor who looks at your medical history to see if you qualify, then sending his report off to the state for their approval, and after all that’s turned in, along with the $75 filing fee, it took about three weeks to get approved.

I know are there a lot of people in this country who still don’t approve of marijuana, even for medical reasons. I know there are people who will tell you it’s a gateway drug that will lead to abuse of stronger drugs. My response to that is, since I started taking it I’m no longer using the drugs that the VA was pushing on me. I’ve been convinced for a long time that the pharmaceutical industry plays a big behind the scenes role in keeping marijuana illegal. It’s all about money with them. As for me, I am now a believer in the benefits of medical marijuana.

And I will say this, too. In all of my years publishing small town newspapers, I covered a lot of fatal accidents caused by drunk drivers, domestic abuse stories that stemmed from alcohol, fights and murders that all started with somebody getting drunk and stupid. But I never once went to a crime scene or an accident scene where the perpetrator was high on pot. I think those guys were home watching TV and eating Pop Tarts.

So I guess the moral to this story is that you can teach an old dog new tricks. Especially if you wrap those tricks in some of Miss Terry’s delicious fudge. 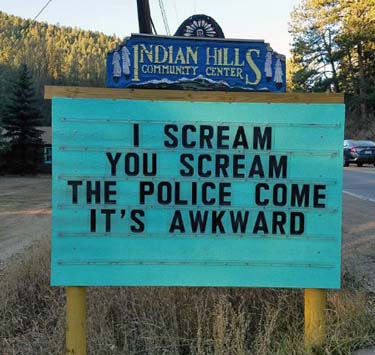 Be sure to enter our latest Free Drawing. This week’s prize is an RV camping journal donated by Barbara House. Barbara makes several variations of these, and they all have pages where you can list the date, weather, where you traveled to and from that day, beginning and ending mileage, campground information including amenities at RV sites, a place for a campground rating, room to record activities, people met along the way, reminders of places to see and things to do the next time you’re in the area, and a page for notes for each day. To enter, all you have to do is click on this Free Drawing link or the tab at the top of this page and enter your name (first and last) in the comments section at the bottom of that page (not this one). Only one entry per person per drawing please, and you must enter with your real name. To prevent spam or multiple entries, the names of cartoon or movie characters are not allowed. The winner will be drawn Sunday evening. 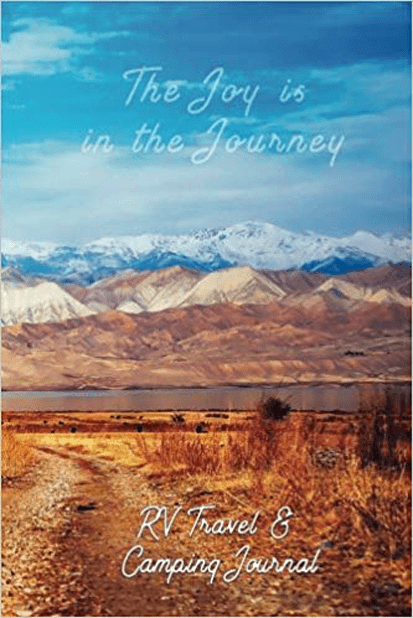 Thought For The Day – If we start calling it potato juice, vodka becomes a health drink.