As I said before, I have been switching most of my health care away from the Veterans Administration and onto private sector healthcare providers now that I have Medicare and a good supplemental plan.


After years of asking, and sometimes almost begging, I finally gave up on the VA healthcare system ever giving me an MRI for my back issues and last week asked a civilian doctor how I would go about getting one. Within 48 hours I had one scheduled, which took place yesterday afternoon. Talk about good service!

I’ve only had one MRI in the past, and because I’m somewhat claustrophobic it wasn’t very pleasant. With the help of a Valium pill provided by my doctor, I got through that one, but I sure was glad when it was over. This time around they used something called an Open MRI and only did the lower half of my body, focusing on the back. No Valium this time around, but because I wasn’t totally enclosed in the tube (it was open on the sides so I could look out) it wasn’t too bad. They sent me away with a CD to take to my doctor on Monday for their review. Back at home, I tried to open it on my computer, but kept getting a message saying I didn’t have the proper software to do so. Hopefully, once the doctor sees it we’ll be one stop closer to dealing with whatever is wrong back there.

Since I had been very good at the MRI facility, on the way home Miss Terry stopped at Hankster’s Hotrods, which is a dealer in classic cars in Daytona Beach. It’s like going into a car museum, except you can drive one home if you want to. And if you can afford it.

I was all for taking this nice little ‘66 Mustang GT-350 fastback home with me, but there is that part about affording it that I mentioned above. And as big as our garage is, there are limits. At least that’s what Miss Terry tells me. But a guy can look and dream, right? 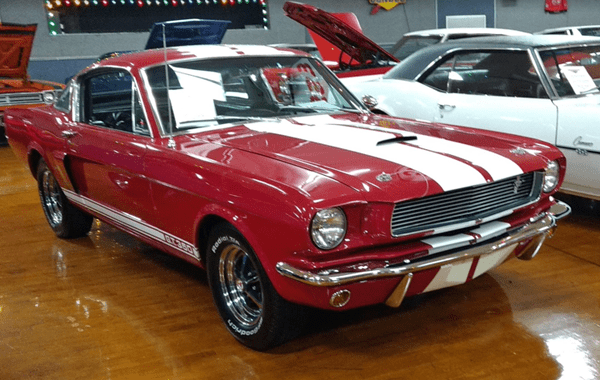 Many years ago, when I was a young man just starting out publishing my very first weekly newspaper, one of my advertising customers was a self-made millionaire many times over. He owned several businesses and always drove a very nice car. In fact, his was the first Rolls-Royce I was ever in. Come to think of it, I believe it was the only Rolls-Royce I have ever been in.


At any rate, we talked a lot about business and what it took to succeed, and I learned a lot from him. And one thing I remember him telling me was that we should set goals for ourselves and we should reward ourselves when we reach them. He said it could be a goal as simple as selling another $250 worth of advertising that week, and the reward being “if I hit that goal I’d go out and have a nice dinner this weekend.” Or, to pick out something I wanted, a new shotgun, a motorcycle, a classic car, or whatever; then figure out how much extra advertising I had to sell on top of what I was already doing to be able to afford it. He said to take a picture of what it was I wanted and look at the picture and say “Just two more sales today and two more sales the next day and I’ll buy that shotgun” or “If I can bring in an extra $10,000 this year over last year I can buy that motorcycle.” It’s amazing what a motivator that can be. I’ve had the shotguns and the motorcycles and the cars to prove it.

Now, if I can just sell an extra 25,000 books on top of expected sales by the end of the year, I’ll be driving that sporty little fastback! I wonder how many more books a bigger garage costs?

Be sure to enter our latest Free Drawing. This week’s prize is an audiobook of Birdsongs, the first book in my friend Jason Deas’ excellent Benny James mystery series. To enter, all you have to do is click on this Free Drawing link or the tab at the top of this page and enter your name in the comments section at the bottom of that page (not this one). Only one entry per person per drawing please, and you must enter with your real name. To prevent spam or multiple entries, the names of cartoon or movie characters are not allowed. The winner will be drawn Sunday evening. 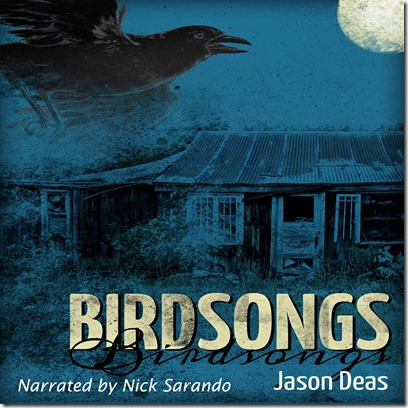 Thought For The Day – The difference between living life and merely existing is choice.

2 Responses to “One Step Closer”