Nick's Blog » Milton Hershey – The Man Behind The Candy

The name Hershey is known the world over, and Hershey candies have delighted young and old alike across America and around the globe for over a century. But you may be surprised to learn about the man who founded the giant company that bears his name.
Milton Hershey was born September 13, 1857 on a farm near the small Pennsylvania community of Derry Church, the only child born to Mennonites Fannie and Henry Hershey who would survive to grow to adulthood. Young Milton only completed four years of formal schooling.


As a young man, Milton Hershey served a four-year apprenticeship with a Lancaster, Pennsylvania candy maker. He then set out on his own and tried to establish a candy making business in nearby Philadelphia, but the effort was a failure. Twice more Hershey would attempt to start his own candy company, in New York and Chicago, neither venture being successful. 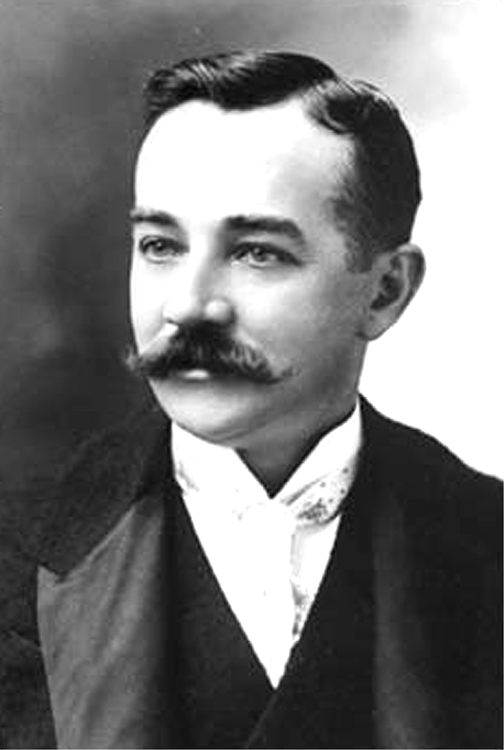 In 1883, the determined Hershey returned to Pennsylvania, where he established the Lancaster Caramel Company and quickly achieved a surprising degree of success, becoming a driving force in the candy industry.

While attending the 1893 World’s Columbian Exposition, Hershey viewed an exhibit of chocolate candy manufacturing equipment from Germany and promptly purchased the equipment and moved it to his Lancaster factory, where he began turning out an assortment of chocolate candies.

Hershey became obsessed with the possibilities he believed existed in producing milk chocolate, and in 1900 he sold his Lancaster Caramel Company for $1 million to free himself to devote all of his energy to the chocolate business. After three years of trial and error he created his winning formula for milk chocolate, and in 1903 began construction on what would become the world’s largest chocolate manufacturing factory. The facility opened in 1905, and Hershey began marketing his chocolate candy nationwide. 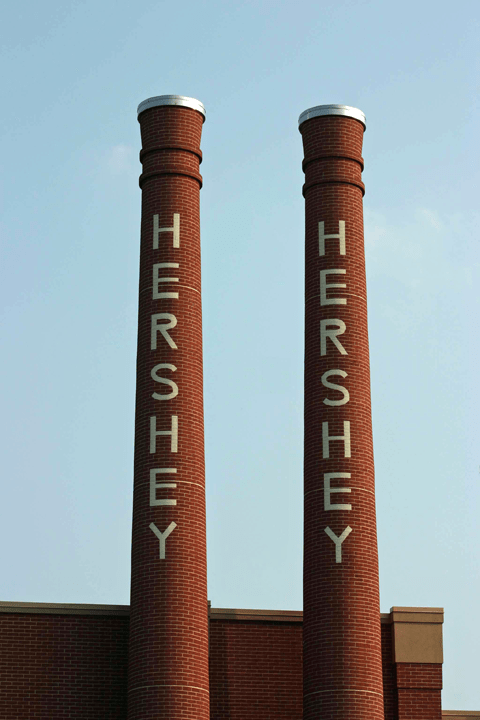 Milton Hershey was a visionary and had a deep sense of benevolence and moral responsibility to his employees, his community, and his fellow man. He wanted his employees to enjoy a comfortable life, and built a model town around his factory. While many manufacturers of the day were creating drab, faceless company towns of shabby row houses, Hershey built a typical American small town with tree-lined streets, brick homes with manicured lawns, a top-quality school system, public transportation system, and plenty of recreational and cultural opportunities for his workers and their families to enjoy.

Hershey believed in the adage about “all work and no play,” so he created a park for his employees and their families that expanded to include a swimming pool, amusement rides, and a ballroom. Before long, trains were bringing visitors from all over the region to visit Hershey Park. Today it has grown into a major tourist attraction. During the Great Depression, Hershey provided jobs for thousands of unemployed men whom he put to work building a hotel, sports arena, stadium, theater, and community center to serve the tourists who were visiting his growing town.


Milton Hershey and his wife Catherine longed to have children but were unable to conceive. In 1909, the couple established the Milton S. Hershey School for orphan boys. Three years after Catherine’s death in 1918, Hershey endowed the school with his entire fortune of more than $60 million. Today the Milton S. Hershey School provides educational opportunities to over 1,100 underprivileged boys and girls of all races and ages from kindergarten through high school. 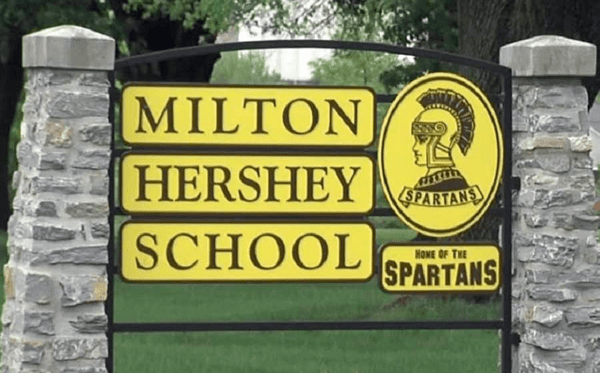 The world Milton Hershey influenced may have been very different if not for a quirk of fate – he booked passage on the maiden voyage of the H.M.S. Titanic but canceled his trip at the very last minute.

Always a philanthropist, in 1935, Milton Hershey established The M.S. Hershey Foundation, a private charitable foundation to provide educational and cultural opportunities for area residents. In 1963, the Milton Hershey School Trust Fund endowed $50 million for construction of the Milton S. Hershey Medical Center of Pennsylvania State University. Since enrolling its first students in 1967, the medical center’s College of Medicine has graduated over 2,000 medical doctors.

Milton Hershey was always proud of the growth of the school, the town, and the company that bore his name. All of his life, he placed the quality of his product and the well-being of his workers ahead of company profits.

Milton Hershey died in 1945 at age 88, but his legacy lives on today in the company he started, the town he built, and the school he created. The school and Hershey’s philanthropical efforts continue to thrive through the support of the Milton Hershey School Trust, which derives much of its revenue from the profits of the Hershey Company and the Hershey Entertainment and Resorts Company. If Milton Hershey is looking down on what his life’s work has accomplished, I think he must be a contended man.

Thought For The Day – A good friend is like a four-leaf clover; hard to find and lucky to have. – Irish Proverb