We got an unexpected bonus when we visited Fort Vancouver National Historic Site in Washington state and discovered one of America’s oldest operating airfields adjacent to the old fur trading outpost.

The past met the future at Vancouver Barracks on September, 19, 1905, when Lincoln Beachey took off from the Lewis and Clark Centennial Exposition, across the Columbia River in Portland, Oregon, in his Baldwin airship and landed on the post’s polo field. In doing so, Beachey not only made the first aerial crossing of the Columbia, but also set a new airship endurance record. It was a glimmer of what was to come. A few years later, in 1911, several fledgling Vancouver aviators began flying their aircraft from the same field. The rest, as they say, is history.


Things changed forever at the sleepy little military post with the coming of World War I. Airplanes were revolutionizing warfare, and light, flexible spruce was ideal for building airplane frames. And it just so happened that the forests of the Pacific Northwest were full of spruce trees.

Due to problems with radical labor groups like the Industrial Workers of the World, which has organized strikes in the logging and lumber mills, the government decided to take matters into its own hands and created the Spruce Production Division within the Army Signal Corps. Colonel Brice Disque was ordered to oversee the new operation, and in just 48 days his troops had built the world’s largest spruce mill at Vancouver Barracks to supply the needs of the United States and our allies. When it was up and running, the mill produced an amazing one million board feet of lumber every day!

The mill operated 24 hours a day in eight hour shifts, keeping 3,000 soldiers busy. When they weren’t working the soldiers drilled, performed maintenance shores, and pulled mess duty, just like in any Army unit. Conditions weren’t comfortable; the constant wet weather made living in tents miserable at times, and the work in the mill could be hazardous. Records showed that many soldiers were hospitalized for work injuries, hernias, pneumonia, and influenza. The post hospital, which had 120 beds, soon proved inadequate and temporary buildings were erected to meet the needs of the medical staff. In their off duty hours the soldiers escaped to the saloons in town, where they found an escape from their hard labor and dreary duty. 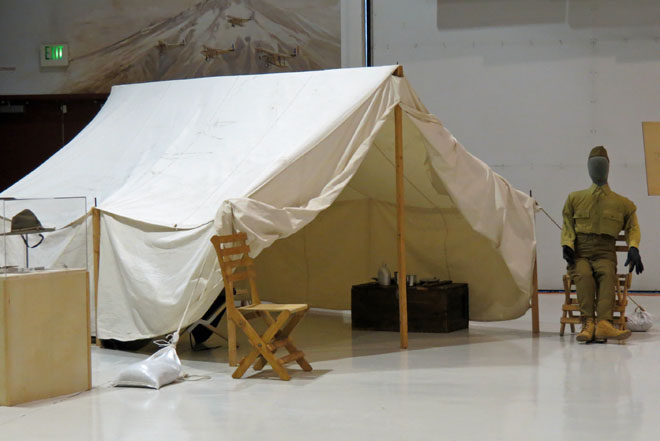 With the war’s end in 1918, the mill closed and the pace of life slowed down considerably. But the war had proven the value of aviation, and in 1921 the Army Air Service moved to the field and established the Vancouver Barracks Aerodrome, from which pilots flew fire patrols in the forests of the Pacific Northwest. By 1923, a small civilian flying operation also began at the field and continues today.

In 1925 the name of the airport was changed to Pearson Field, in honor of Alexander Pearson, an Army aviator killed in a crash the year before. To mark the occasion, 56 military aircraft from across the west flew to Vancouver for an air show that delighted the crowd of 20,000 spectators.

Over the years the airfield saw a number of historic events, including the 1924 visit by four Army Douglas biplanes that landed at the field at the start of their successful attempt to be the first to fly around the world. In 1928, a Russian monoplane named the Land of the Soviets visited Pearson Field, and in 1937, another Soviet airplane, this one an Ant-25 with a crew of three, visited after completing the first trans-polar flight from Moscow.


After World War II, the Army declared Pearson Field surplus and turned it over to the city of Vancouver. Today private pilots continue to fly from the historic airfield. A small museum housed in two hangers has a display of early airplanes, exhibits on the Army’s Spruce Production Division, and the history of Pearson Field. 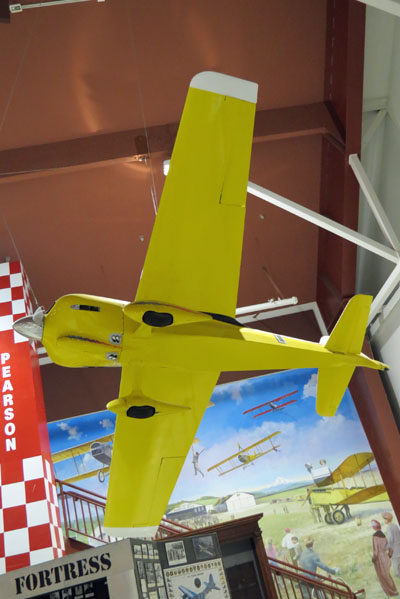 The museum is open daily except for national holidays, and Pearson Field is a short walk from the parking area at Fort Vancouver National Historic Site. After you tour the old fort, take the time to visit Pearson Field, where if you listen closely enough you may hear the echoing drone of the old wood and fabric biplanes that once called this little airport home.

Thought For The Day – What if the sounds birds make are really all screams of terror because they are afraid of heights?