Nick's Blog » No Contest This Week

I hope everybody had a safe and sane Fourth of July, and I hope your dogs weren’t freaked out by all the fireworks. Over the years I have had some dogs who went totally ballistic at the sound of fireworks, and others who completely ignored them.


We had a quiet day at home, doing some chores around the house, some writing, and keeping it low-key. Living near a beach town, we get a lot of traffic around here on holiday weekends and we try to avoid all of the crowds as much as we can.

I got a lot of comments about yesterday’s blog about Independence Day, and even more emails and Facebook messages. It seems that even as divided as our country is right now, we all want the same thing for it. We just can’t seem to agree on how to make that happen. Somebody asked if they would be seeing more from Bad Nick in the future. I don’t know. I really don’t have time to do the Bad Nick blog justice and I haven’t posted anything in it in a long time. But, I keep renewing the website name, so who knows?

Somebody asked the other day why they haven’t seen any of Terry’s weavings lately. Part of it is because there has been a steep learning curve when she moved up from the folding Baby Wolf loom she used in the motorhome to her two big Glimakra floor looms. She’s got some towels on one of them that she is about done with, and she just finished her first rug on the other one, which now adorns my office floor. She was using up some leftover yarn that came with the looms to get a feel for rug weaving, and I think it came out beautifully. In some ways it reminds me of the Navajo rugs we had when we lived in Arizona. 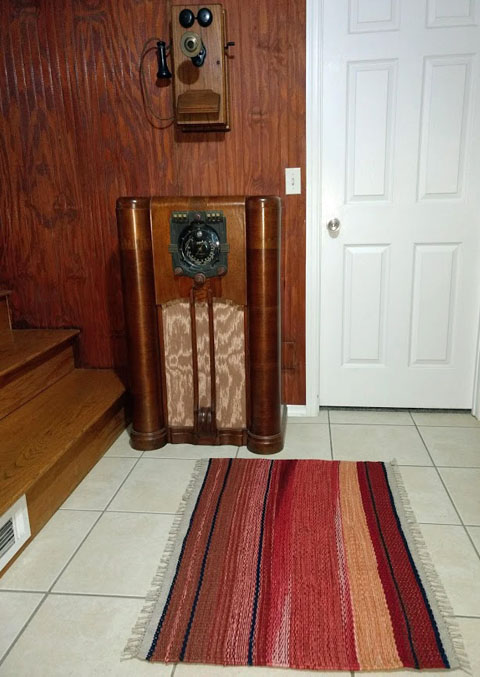 This is Thursday, which means that I would normally be starting a new free drawing contest. But I’m going to take a break from it for a week or two until I can figure out how to resolve a problem that started recently. For some reason some hacker or troll has been posting dirty comments on the drawing page. I know it’s the same person, because they always say the same thing, but I can’t figure out who it is and how they are doing it. The way I have the blog and the contest pages set up, the first time someone makes an entry or a comment it has to be approved by me. I do this to keep the spammers out of it. But after that, no approval is required and blog comments and contest entries post automatically when somebody using that email address makes them.


Whoever is posting the dirty stuff is using the names of a lot of different people who have posted before, and apparently spoofing their email, too, because the posts are getting through. There were 23 of them last week and it kept me busy deleting them. Some of the names used were people I know very well who would not post something like that. One was actually from a friend who passed away three years ago. Greg White can’t seem to figure out what’s going on, and the people at Go Daddy haven’t gotten back to me yet, so I think it’s better safe than sorry at this point. Hopefully we will be back on track with a new contest very soon. In the meantime, I appreciate your patience.

Thought For The Day – Life is not promised to any of us. So punch that jerk you hate today, while you still can.

One Response to “No Contest This Week”