We discovered history and mystery in Point Pleasant, West Virginia, a charming little community located on the bank of the majestic Ohio River in the foothills of the rugged Appalachian Mountains.


The county seat of Mason County, Point Pleasant has been the scene of violent Indian conflicts, was an important riverboat stop, and is even the reputed home of a strange creature right out of fiction.

The area around Point Pleasant is a paradise for outdoor enthusiasts who enjoy camping, hiking, kayaking, fishing, bird watching, or cycling. Fans of history will enjoy the Point Pleasant River Museum, which focuses on river life and commercial enterprise on the Ohio and Kanawha Rivers. Displays and video demonstrations highlight such topics as great floods, boat construction, sternwheeler steamers, river disasters and the local river industry’s contribution to World War II. The museum also offers a working pilot house and a research library. 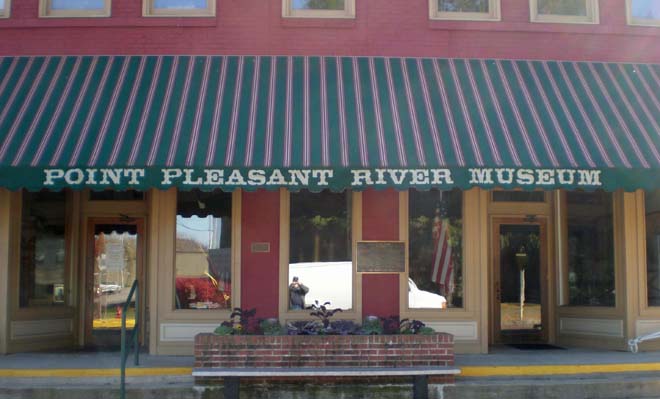 A block from the museum, Point Pleasant Battle Monument is a small park which commemorates the frontiersmen who fought and died at the Battle of Point Pleasant. The battle between Virginia militiamen, commanded by Lord Dunmore, and Shawnee and Mingo Indians, led by Chief Cornstalk, took place on October 10, 1774, when a force of militiamen was attacked by the Indians on the bank of the Ohio River. After hours of bloody fighting, the Indians withdrew, leaving behind the dead and dying on both sides. Among the dead was Pucksinwah, the father of the great Shawnee chief Tecumseh. The militiamen lost 75 men, and had another 150 wounded. The Shawnee are estimated to have suffered over 30 killed. The Shawnee threw many of the bodies of their dead into the river to prevent them from being mutilated by the vengeful Virginians. Following his defeat at the Battle of Point Pleasant, Cornstalk was forced to agree to the Treaty of Camp Charlotte, ceding all Shawnee lands south of the Ohio River to Virginia. 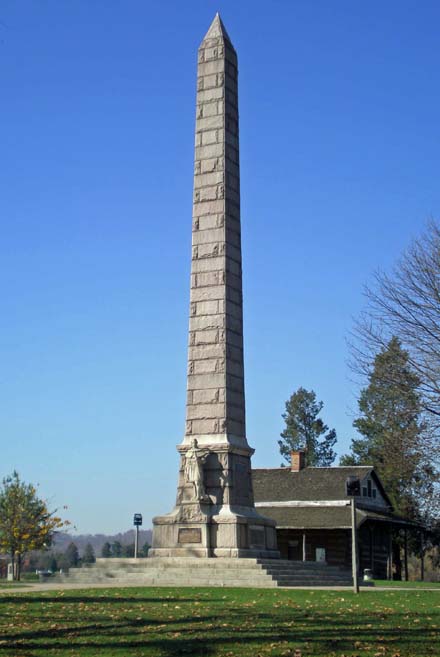 The American Revolution had begun by the time the Virginia militiamen returned home from their campaign against the Shawnee, and ironically soon found themselves fighting against Lord Dunmore, their former commander. Dunmore urged the same Indians he had defeated at Point Pleasant to take up arms against the revolutionaries. This led many to believe that he had actually orchestrated the attack at Point Pleasant to eliminate the Virginia militia before they could fight the British. Because of this belief, some historians consider the Battle of Point Pleasant to be the first engagement of the Revolutionary War.


Also located at the park is the Mansion House, built as a tavern in 1796, by Walter Newman. It is the oldest hewn log house in the Kanawha Valley, and is a museum with displays of antiques and heirlooms of the pioneer era, including a large square piano believed to be one of the first brought over the Alleghenies. The cabin’s bedrooms are furnished with authentic four-poster beds that are more than 150 years old. 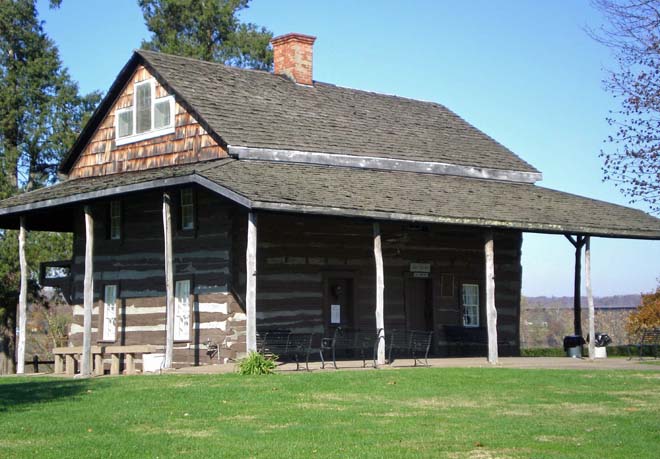 Another interesting museum in Point Pleasant is the West Virginia State Farm Museum, which is dedicated to preserving the heritage of farm life. Here you will find exhibits that include log cabins, an early day farmhouse, a blacksmith shop, and early day agricultural equipment.

Perhaps the strangest story to come out of Point Pleasant is that of Mothman, a mythical winged creature that is supposed to flit through the treetops warning people of disaster and terrifying the community. Today there is a Mothman Museum in Point Pleasant and a statue of the mysterious creature on Main Street. You can read more about Mothman in this blog post. 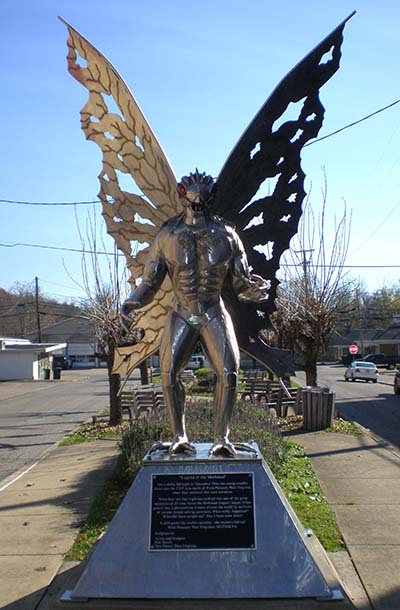 A short drive from town, restored Fort Randolph re-creates the fort that protected settlers here during the Indian Wars. A city-owned campground next to the fort has RV sites and a dump station. 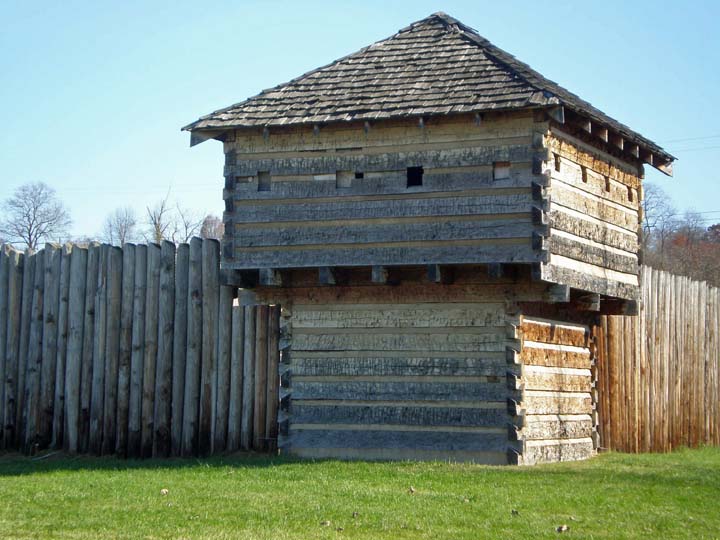 As you can see, for such a small community, Point Pleasant has a lot to offer. Be sure to include it in your travel plans the next time you explore the Ohio River valley!

Thought For The Day – My new doctor gave me a chart with a food pyramid on it. I have no idea why he thinks I’m Egyptian.

One Response to “Point Pleasant”