I’m a nice guy. Really, I am. If you don’t believe me, ask any of my ex-wives. No, wait a minute, on second thought, don’t ask them. Ask their mothers. No, that might not work out either. Ask Miss Terry’s mother. She’ll tell you what a nice guy I am. Maybe. Unless she’s still mad at me. She’s mad at me a lot. That old woman can really carry a grudge. Okay, don’t ask her. Just take my word for it, I’m a nice guy.


Sure, sometimes I get a little grumpy when I’m behind the wheel, but only because that slow-moving driver in front of me who won’t get over is an idiot, and that one tailgating me is a maniac. But that’s not their fault! And yeah, I carry a gun, but that’s only because there are a lot of people out there who aren’t as nice as I am. And I hardly ever shoot anybody.

However, with all that being said, I have declared war. Not on some other country, or even on Chris, the guy who lives across the street. Mostly because he’s a nice fellow, and a retired Marine. I don’t think I want to mess with him. It’s those quiet ones you’ve got to watch out for, right?

But I have declared war on mosquitoes. Those little airborne vampires do their best to eat me alive every time I step outside. And their buddies the no see ums are even worse. At least you can smack a mosquito and make it die. You can’t even see those darn no see ums, which is how they got the name. But you sure do feel it when they bite you! And then it burns and itches forever.

I have tried every kind of mosquito repellent there is. None of it works, but some of it really stings when you spray it on those no see um bites. Somebody said to use Avon Skin So Soft. I did, and now I have really nice, soft skin. But you can’t tell it because it’s covered with welts from mosquito bites! And I guess it makes me smell nice, because the other day some guy pinched me on the butt in the produce section of the grocery store. No, I don’t want to talk about it. 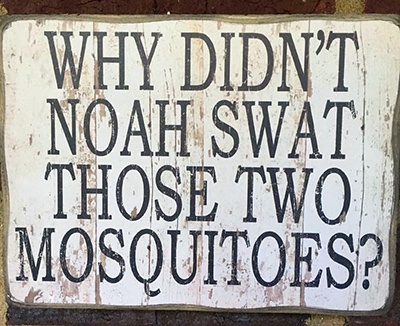 The county has come by and sprayed a couple of times, but that hasn’t seemed to have much impact. So I took matters into my own hands. So far, the results have been mixed. We bought a bug zapper to hang out near the garage, and it works good for all kinds of moths, but apparently not mosquitoes. If anything, I think when they get zapped there is some kind of a radioactive reaction and they become like the mosquito versions of the Incredible Hulk. I’m not saying they have superpowers, but I swear a couple of them picked up my Ford Explorer and turned it sideways in the driveway, just to mess with me. I bought another zapper with an LED light bulb that screws into the porch light fixture, hoping that would help. No, it just helps them see better so they can attack at night, too. I tried some kind of mosquito killer wafers that I dropped into the water of the drainage ditch next to our house. I think I saw a bunch of mosquitoes using them for rafts while they were getting suntans. 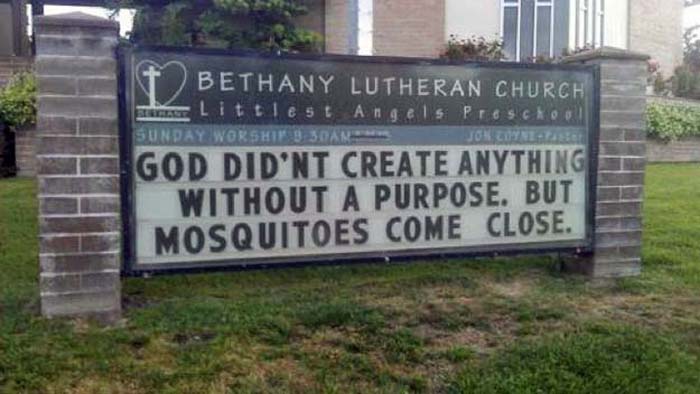 Operating under the theory that you don’t take a BB gun when you go elephant hunting, yesterday I bought myself a propane powered fogger, four bottles of insecticide to go in it, and four propane cylinders. I plan to fog those little flying a SOBs off the face of the earth, even if I blind myself and poison my lungs in the process. It’s called collateral damage. And if the insecticide doesn’t work, I’ll just go with straight propane. I still know how to call in a napalm strike!


But just in case none of this works, this may be the last you ever see of me. Does anybody have a white flag I can borrow? 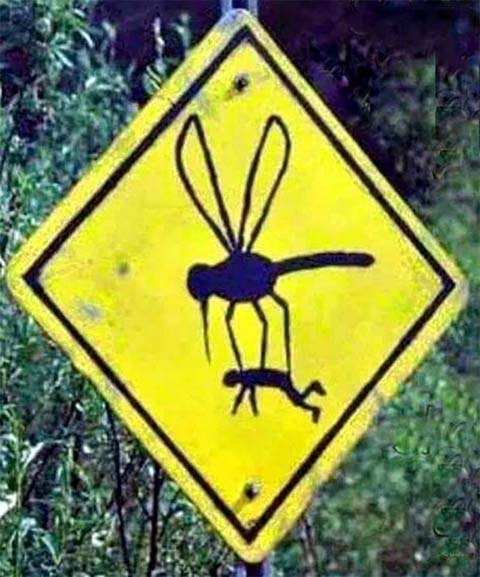 Today is your last chance to enter our latest Free Drawing. This week’s prize is an audiobook of Big Lake Burning, the sixth book in my Big Lake mystery series. To enter, all you have to do is click on this Free Drawing link or the tab at the top of this page and enter your name (first and last) in the comments section at the bottom of that page (not this one). Only one entry per person per drawing please, and you must enter with your real name. To prevent spam or multiple entries, the names of cartoon or movie characters are not allowed. The winner will be drawn this evening.

Thought For The Day – I want to be like a caterpillar. Eat a lot, sleep a while, and wake up beautiful.