Today is an important day, because today my son Travis turns 41. How in the world could I possibly have a child that old? I’m barely out of puberty myself! I thought the calculator was messed up, so I did the math three or four times. No way can I have a kid that old! But I do. I could have sworn this picture was just taken last week. 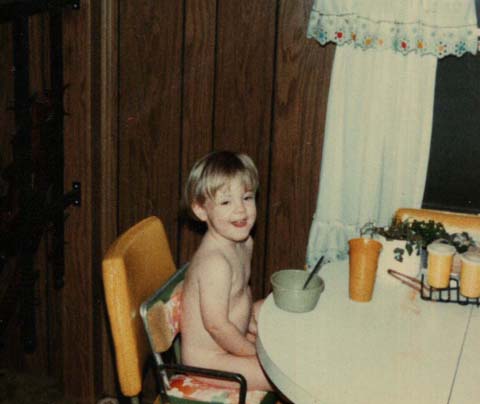 Travis and I have a special bond because for much of his youth I was a single father and it was just the two of us stumbling through life. That was a role I never saw myself in, and I know I made a lot of mistakes. But I was always trying to do the best for him, and for his sister, who lived with their mother. When you have a baby, nobody gives you a manual on how to do things right. You sort of have to fly by the seat of your pants and hope you get it right.


I think Travis was around 12 when this picture was taken. I think he’s looking at my old high school yearbook, thinking his old man could never have been that young. 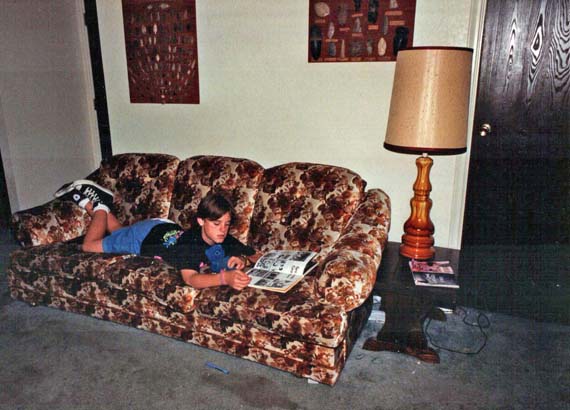 And here he is a year or so later, right after we moved to Arizona’s White Mountains. By then he was as tall as his dad. Yes, I was bald back then, too, but at least what hair I had and my beard were dark. And I wasn’t quite so “well-rounded” as I am today. 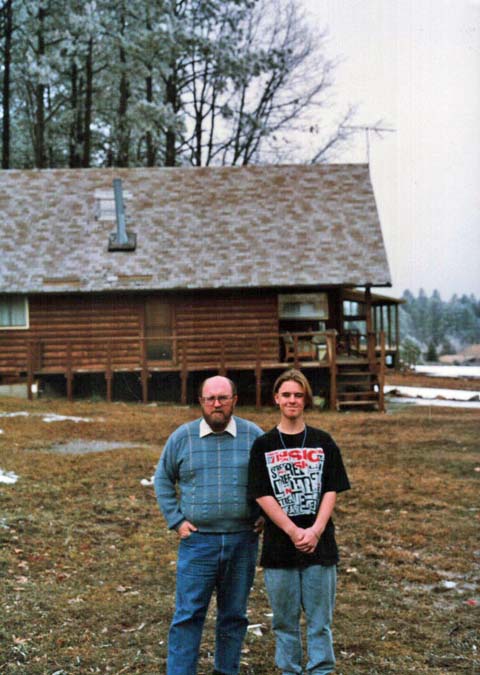 My son and I had some rough years, and for a long time we were estranged. But then he met a lovely lady who brought us back together. At the time, her father was going downhill and she made us both realize that time doesn’t wait. Here is Travis and that lady, his wife Geli, when they visited us just about a year ago. 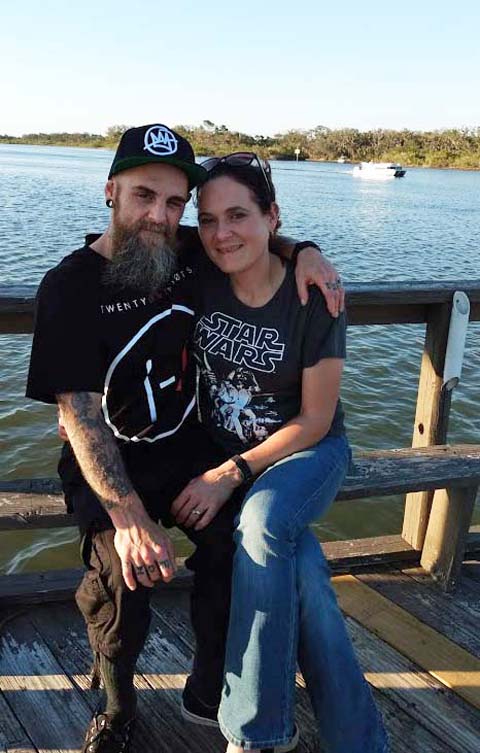 Don’t let all those tattoos and the beard fool you. He may look rough and tough, but he is one of the gentlest souls you will ever meet. He loves animals, has a passion for gardening and growing things, and still kisses his dad on the cheek when he sees me.

Happy birthday, son. If I haven’t told you lately, I love you, and I’m proud of you. We look forward to getting up and seeing you two before too much longer.


Terry and I were busy working in the garage yesterday, and we are both paying for it today. When we put the paneling up on most of the side walls a while back, there was one section in back and the two sides of the garage door left unfinished. So we decided to see what we could accomplish. Here’s what we had before we started, with just the spray foam insulation on the walls. 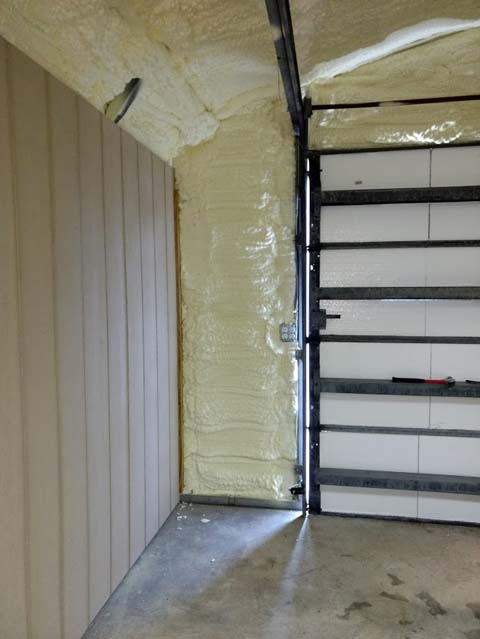 This was a little more difficult than just slapping paneling up, because we had to cut one corner on each side of the door to accommodate the roof slope. I told Terry it was kind of like when she was building the cabinets for our MCI bus conversion, where the roof was curved and she had to cut the wood to accommodate the curve. We got both sides done, and here is the wall on one side, now paneled. We still need to do a lot of trim work, but that will wait until we have the section in back done, too. 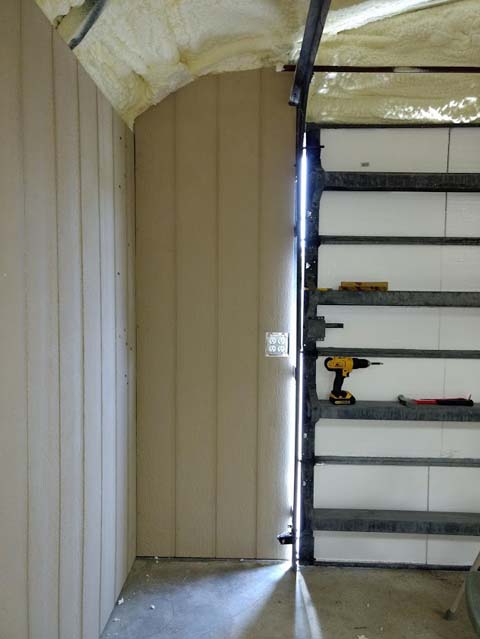 If our bodies will loosen up just a little bit, we’d like to tackle that last part today and get it out of the way. We’ll see how it goes.

Congratulations Ray Warner, winner of our drawing for an audiobook of Big Lake Burning, the sixth book in my Big Lake mystery series. We had 68 entries this time around. Stay tuned, a new contest starts soon.

Thought For The Day – The biggest lie I tell myself is, “I don’t need to write that down. I’ll remember it.”