We were supposed to get a lot of rain yesterday and since we have been busy for several days in a row, Terry and I decided to just have a laid-back stay-at-home do-nothing day. That was the plan. But you know what they always say – if you want to hear God laugh, just make plans.


As I’ve mentioned before, we live in a very flaky area for Verizon cell phone service. Sometimes I will have four bars of 4G and two minutes later it will be down to one bar, or even no service at all, even though I haven’t moved. Sometimes Terry will have three or four bars of 4G on her phone, which is the exact same make and model as mine, and I will be sitting next to her and not have any service at all. Yesterday morning was typical of that; first my phone had turned itself off for some reason, even though the battery was fully charged, and once I turned it back on everything seemed okay for the first half hour or so. Then I got notice that I had text messages and voicemail, and they had come in quite a while earlier.

They were from our buddy Stu McNicol, a longtime friend from our RVing days, saying that he had come down from Tennessee to pick up some things that were in a storage shed on an RV lot that he and his wife Donna had recently sold. Stu said he and his friend Earl were headed back home, but wondered if we could meet someplace for lunch. Okay, scrap the plan for staying home and doing nothing, let’s go meet Stu and Earl!


They were in Leesburg and we were here in Edgewater, and it looked like a convenient place to meet would be Deland. I did a quick Yelp search and found a small family type restaurant called the Potato Patch, and texted the name and address to Stu. We were both about 25 miles away, and arrived within minutes of each other.

As always happens when Stu and I get together, there was a lot of good-natured banter and storytelling going on during our meal and afterward. Suddenly I realized that we were the only patrons still in the restaurant, and I asked the waitress what time they closed. She said at 2 PM, which was 45 minutes ago. Oops!

We got out of there so they could close up, then the four of us stood around the parking lot for another hour or so swapping lies. Here’s a picture of Terry, me, and Stu. He’s the skinny guy on the right. Since we last saw him, Stu has dropped something like 30 or 40 pounds. I’m the not skinny guy in the middle. I lost a lot of weight one time, but my fat missed me and hurried back. 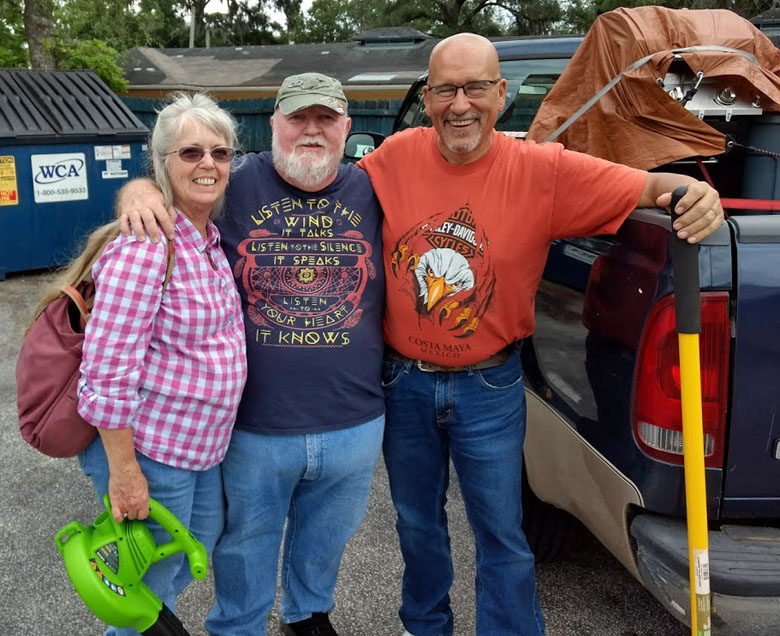 And here’s a picture of Earl, myself, and Stu that Miss Terry took. 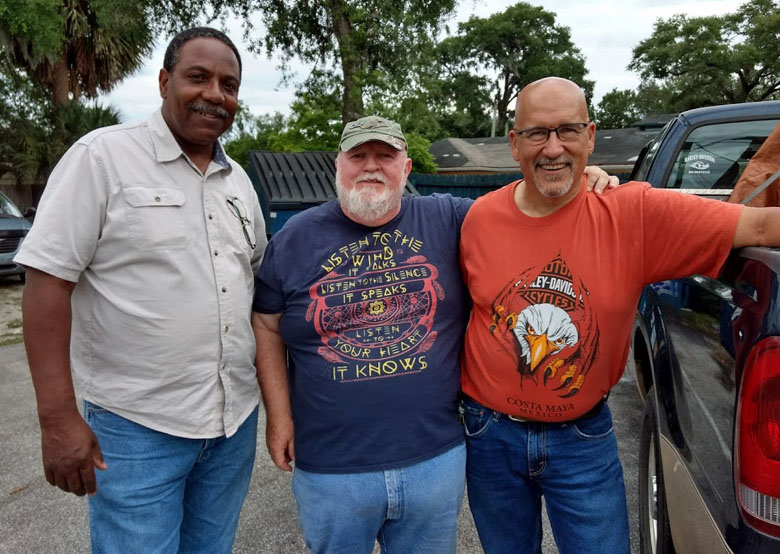 I call this picture American Gothic Reborn. Anytime Stu and I get together, it’s always good to have a shovel around because things tend to get deep. Terry has the leaf blower to move some of our hot air around so we don’t spontaneously combust. 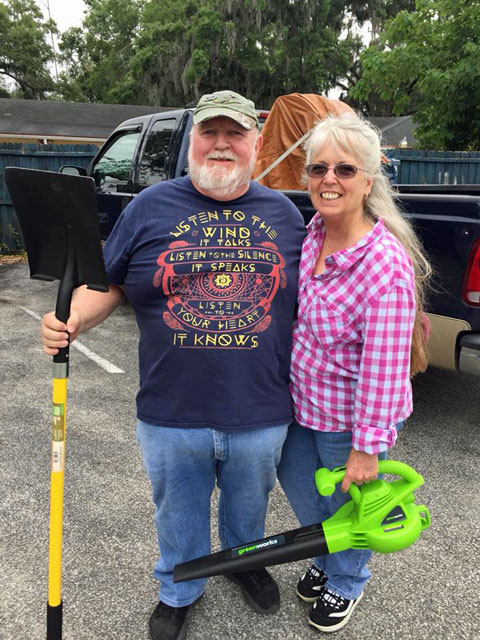 Thanks for taking time out of your trip to visit with us, Stu and Earl. We really enjoyed it! Safe travels.


After we parted company, Terry and I stopped at Rivertown Antique Mall in downtown Deland to see what kind of goodies they might have. She found a very nice weaver’s pirn and also a big, thick, and very heavy antique cutting board at an unbelievable price.

On the way home we made a quick stop at Publix grocery store and got back to the house about 6 PM, a bit tired from our great unplanned day, but so glad we had the opportunity to get together with Stu and to meet Earl.

Congratulations Robert John, winner of our for an audiobook of A Shot In The Bark, the first book in my pal Carol Ann Newsome’s excellent Dog Park mystery series. We had 57 entries this time around. Stay tuned, a new contest starts soon.

Thought For The Day – The cost of a thing is the amount of life which is required to be exchanged for it, immediately or in the long run. – Henry David Thoreau

One Response to “A Great Unplanned Day”