On a visit to the Miami County Museum in Peru, Indiana I spotted an oversize pair of bib overalls hanging on the wall and learned about the man who wore them, a gentle giant named Robert Wadlow.

Born in Alton, Illinois on February 22, 1918, Robert Pershing Wadlow was the first child of Addie and Harold Wadlow. His middle name was in honor of the General John J. Pershing, commander of the American Expeditionary Forces in World War I.

Wadlow weighed a normal eight pounds, six ounces at birth, but he quickly began to grow at an astounding rate. By the time he was six months old he weighed 30 pounds, and at eighteen months he tipped the scales at 62 pounds. At age eight he was 6’2” tall and weighed 195 pounds. He eventually made it to 8’11” tall, earning him a place in the American Expeditionary Forces as the world’s tallest man. 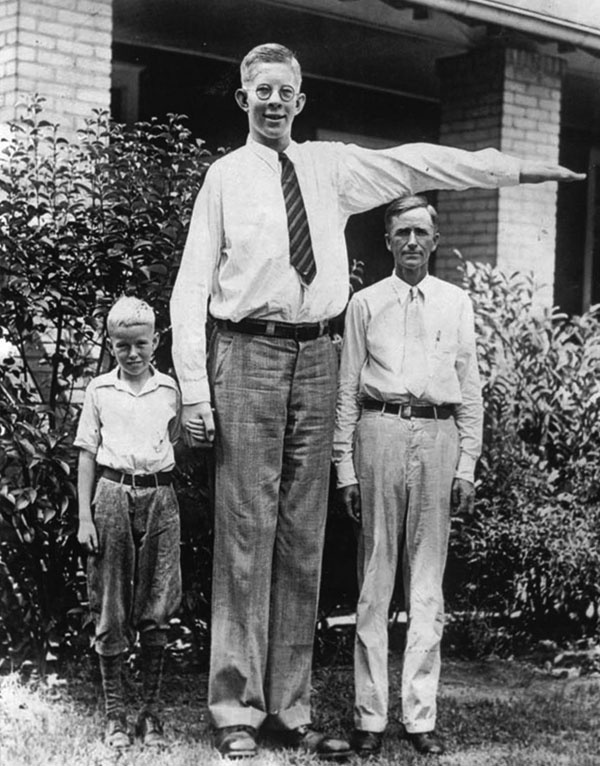 Modern doctors say an overactive pituary gland that produced excessive levels of growth hormone caused the strange growth, and if Wadlow had been born today there would be ways to prevent it. But no such treatment existed back when he was born.

Wadlow’s parents had four other children, two boys and two girls, who were all normal size, and they tried to give all of their children a regular home life. Young Robert collected stamps and matchbooks, joined the YMCA and Boy Scouts, and took an interest in photography. One might think that a boy that tall would excel at sports, but his size was actually a handicap and made it difficult for him to participate.


After graduating from high school, Wadlow received a scholarship to Shurtleff College, hoping to become an attorney. But college life proved too difficult for him. He could not use normal sized pens and pencils, laboratory equipment was difficult for him to handle, and his bones had become so brittle that icy sidewalks presented constant dangers. A simple fall could put him in the hospital. He left college and returned home.

The Wadlow family struggled to provide for their oversized son in the Great Depression years of the 1930s. His shirts and pants required three times the normal amount of cloth, and a pair of his size 37 shoes was $100. This in a time when a bus driver earned $1,300 a year and a laborer earned even less, if they could find work at all!

Always looking for an opportunity to promote their products, the International Shoe Company hired Wadlow to be a traveling goodwill ambassador. He and his father traveled over 300,000 miles, visiting over 800 cities and towns in 41 states. To accommodate his son’s size, Wadlow’s father removed the front passenger seat so he could sit in the back seat and have room for his long legs. 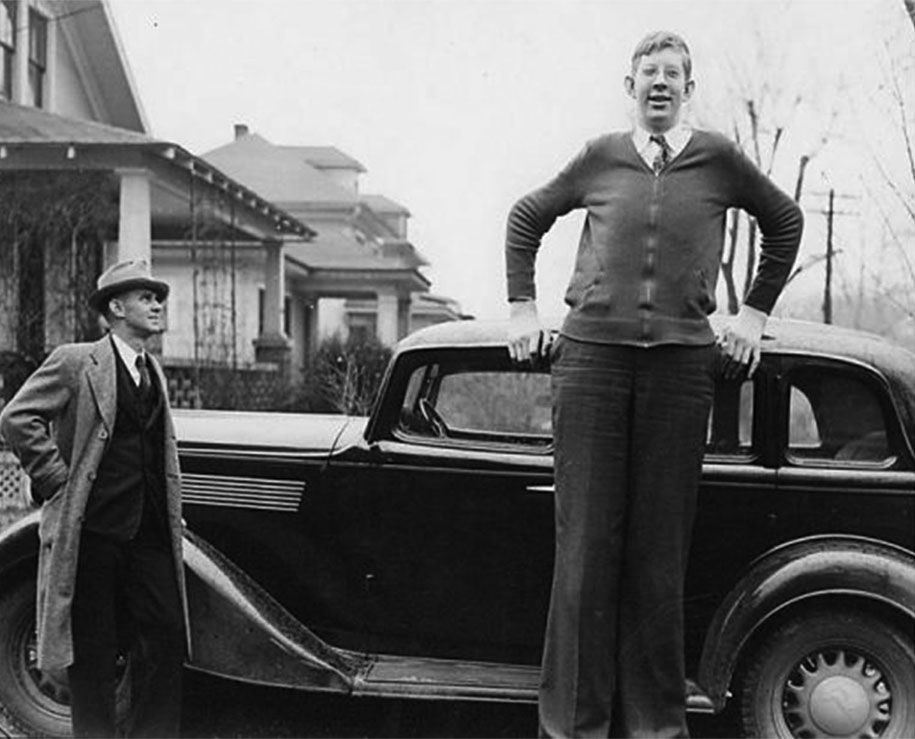 Though he drew crowds wherever he went, Robert Wadlow was an outgoing man and always friendly, which must have been difficult at times when people pointed and even laughed like he was some sort of freak.

Wadlow continued to grow throughout his life and his brittle bones constantly plagued him. He had to wear leg braces and had almost no feeling in his feet. During a trip to Manistee, Michigan in July, 1940 for the International Shoe Company, a faulty leg brace rubbed his ankle until it developed a blister. Unaware of it, Wadlow soon developed an infection that required emergency medical treatment, including a blood transfusion and surgery. But his condition worsened due to an auto-immune disorder. On July 15, 1940, Robert Wadlow died in his sleep in Manistee. At the time of his death he was 22 years old, 8’11.1” tall and weighed 492 pounds.


Wadlow’s grief-stricken father brought him home to Alton, Illinois for burial. His casket weighed 1,000 pounds and required 20 pallbearers. Out of respect for the “Gentle Giant,” every business in Alton closed on the day of his funeral, and 40,000 people came to pay their respects. 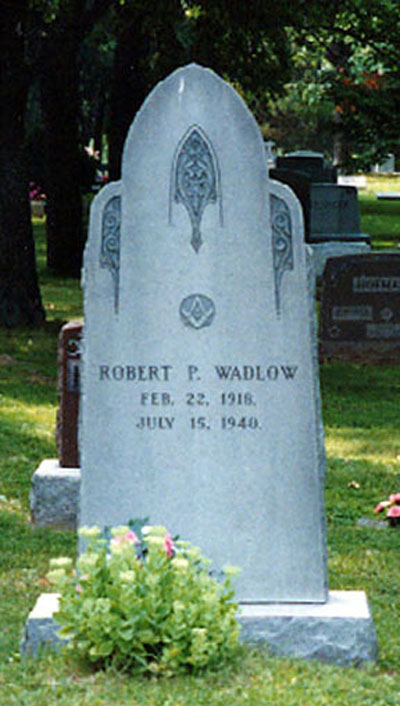 Today, a life-sized statue of Robert Wadlow stands on College Avenue in Alton, opposite the Alton Museum of History and Art. The museum has a small exhibit on Robert Wadlow, though his family burned most of his belongings after his death because they did not want them to end up in some freak show. It’s sad that Wadlow may have been a “freak” of nature, but heartening that the good people of Alton remember their hometown boy for the gentle soul he was, regardless of his size. 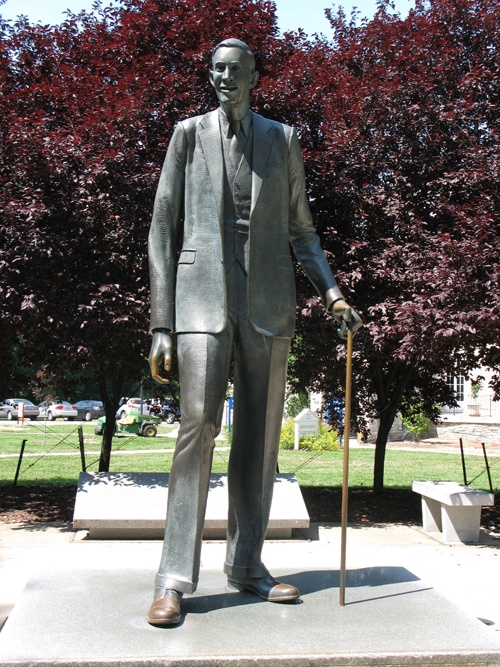 Congratulations Robert Stone, winner of our drawing for an audiobook of Point Taken, the tenth book in my friend Ben Rehder’s excellent Blanco County mystery series. We had 68 entries this time around. Stay tuned, a new contest starts soon.

Thought For The Day – Remember when you could refer to your knees as right and left, instead of good and bad? Good times, huh?

One Response to “Robert Wadlow, The Gentle Giant”