When I lived in the Midwest, and in the Rocky Mountain West, I was familiar with droughts. They were a common occurrence, and it was disconcerting to sit around watching the grass turn brown and the forests become tinder dry. When we lived on the Mogollon Rim in northern Arizona’s high country, we were in the middle of the largest Ponderosa pine forest in the world. And more than once I’ve seen parts of that forest burn in devastating fires.

But I had no idea that we could also experience drought conditions and wildfires here in Florida. I mean, this is darn near the tropics, right? But we’ve been under a drought for quite a while now here in central Florida, and yes, we’ve had some serious wildfires. Twice in the last week part of Interstate 95 between New Smyrna Beach and into Daytona Beach has been closed due to smoke from the fires that reduced visibility and created hazardous driving conditions.


But I think that’s all over, at least for a while. We had a little bit of rain over the weekend, but not much at all, but as this screenshot from the weather app on my phone shows, yesterday afternoon and evening it really dumped on us. One report said we had 3/4 of an inch of rain yesterday, and according to the weatherman that’s only the start. Today it’s really supposed to come down. That’s okay with me. Goodbye drought, let it rain, let it rain, let it rain! 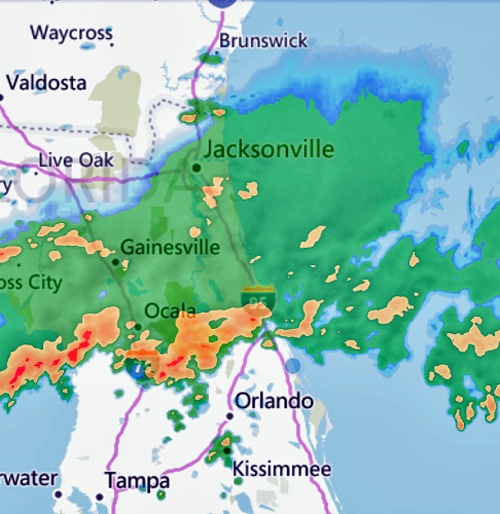 So what have I been doing with all that rain coming down? I’ve been writing. Writing and writing and writing. I got 7,500 words in on my new John Lee Quarrels book on Saturday, another 3,500 words Sunday, and 5,500 more words yesterday. It’s well over the 2/3 mark and my goal is to have it done and in Miss Terry’s hands for editing and proofreading sometime this weekend, Lord willing and the creek don’t rise. Of course, with all this rain, the creeks are rising all over the place!

Actually, according to some historians that old saying has nothing to do with water. Did you know that? According to the Native Heritage Project website and other sources I have found, it originated back in the late 1700s when the President of the United States summoned an Indian agent named Benjamin Hawkins back to Washington. Hawkins is reported to have replied that he would be there, “God willing and the Creek don’t rise.” It’s believed he was referring to the Creek Indian tribe, who put up a long and valiant struggle against white men intruding into their land, meaning that if they didn’t go on the warpath he would be able to keep his appointment with the President. Some people dispute this claim. I don’t know, I wasn’t there. And if I would have been, I’d probably have been busy hiding from Indians and rising water.See, some of you learned something new today. You’re welcome.


Several blog readers have asked if we still have digital back issues of the Gypsy Journal available. Yes, we do have back issues for the years 2003 through 2017 available in PDF format on a thumb drive. Normal cost is $75, but we are running a special through the end of April for $65, which includes shipping. If interested, you can log onto www.paypal.com and make payment to editor@gypsyjournal.net

And finally, just to start your day off with a smile, how about this one from our collection of funny signs and such gathered in our years on the road. 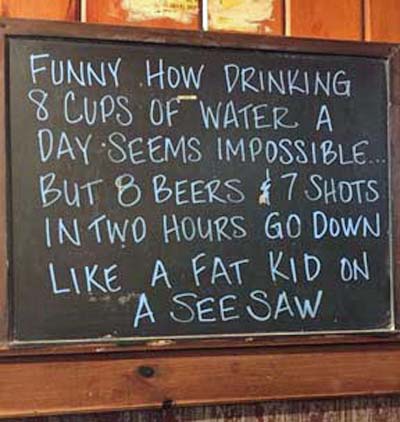 3 Responses to “Drought? What Drought?”