We love a good mystery story, and we found a fascinating one in Elizabeth City, North Carolina; the tale of a beautiful young woman whose death has been shrouded in intrigue for well over one hundred years.

Ella Maude “Nell” Cropsey was the daughter of a wealthy merchant who had moved his family from New York to North Carolina in search of a more relaxed lifestyle away from the big city. 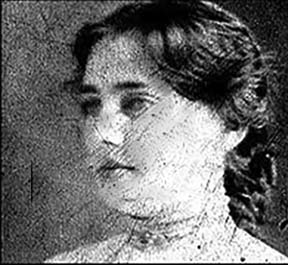 Nell was nineteen years old and had been dating a man named Jim Wilcox for three years but he was dragging his feet in proposing marriage. Hoping to force him to make a commitment, Nell had been harmlessly flirting with a couple of other young men, which made Wilcox jealous. Family members reported that the couple had a loud argument but seemed to reconcile.

On the night of November 20, 1901, Wilcox visited Nell at the Cropsey home on Riverside Drive. Nell’s older sister, Ollie, and her boyfriend, Roy Crawford, as well as Nell’s cousin, Carrie Cropsey, all reported that Wilcox had been sullen and quiet all evening. About 11 p.m. he left the house, motioning for Nell to follow him out onto the front porch. That was the last time she was seen alive. Roy Crawford later testified that when he left at 11:45 p.m. he did not see Wilcox or Nell.


Ollie said that soon after Nell went out on the porch with Wilcox she heard and felt a heavy thump against the outside of the door. Not seeing her sister and assuming that Nell had gone to bed, Ollie retired to her room when Roy Crawford left.

At midnight the entire family was roused when a neighbor shouted that someone was trying to steal their pig. When they came downstairs they found the front door standing open and an umbrella that Nell had given Wilcox on the floor. That is when they realized that Nell was missing.

It seemed like everybody in Elizabeth City joined in the search for the missing woman, combing farmers fields, the surrounding forest, and the Pasqotank River. Every home in the neighborhood was searched, all to no avail. Nell Cropsey had simply disappeared.

Finally, on December 27, Nell’s body was found floating in the river. While some assumed her death was an unfortunate accident, an autopsy revealed that she had not drowned, and that the cause of death was trauma to the side of her head. Several people reported that Jim Wilcox sometimes carried a blackjack.

When questioned by police, Wilcox refused to say where he was from 11:15 p.m. until 1 a.m. on the night Nell disappeared. He was arrested and charged with murder. Tempers flared and a lynch mob gathered outside the jail. In response, Governor Charles B. Aycock sent troops to Elizabeth City to control the crowd and make sure the prisoner lived long enough to stand trial.

Wilcox was convicted of first degree murder and sentenced to death. On appeal a mistrial was declared and he was retried a second time, in 1903. Found guilty of second-degree murder this time, Wilcox was sentenced to thirty years in prison. Although he always claimed he was innocent, he declined to take the stand in his own defense at both trials.


After serving seventeen years, Wilcox was pardoned in December, 1920, and returned to Elizabeth City, but it was not a happy homecoming. Shunned by the residents and unable to find work, he became a recluse. In 1934, Wilcox met with a local newspaper man named W. O. Saunders about writing a book about Nell’s death. No one knows what he revealed in that meeting, but Saunders left the meeting convinced that Wilcox did not murder Nell Cropsey. Two weeks later, Jim Wilcox shot himself.

Did Wilcox kill his girlfriend? While the evidence says he did, there are other theories about what may have happened that night. Nell’s mother could never turn away someone in need, and it is known that on the morning of the day her daughter disappeared, Mrs. Cropsey gave a tramp passing through town breakfast. Could he have returned and killed her?

Other deaths and misfortune followed those associated with the Cropsey mystery. Nell’s sister Ollie became a recluse, dressing in clothing from the early 1900s, as if she was stuck in time, never moving past that terrible night. Her beau, Roy Crawford, who had been at the Cropsey home the night Nell disappeared, shot himself in 1908. Nell’s younger brother, Will, poisoned himself in 1913. A few years after his meeting with Jim Wilcox, newspaper publisher W. O. Saunders died when his car went off the road and crashed into the Dismal Swamp Canal, drowning him. He never revealed to anyone what Wilcox told him in their meeting shortly before the convicted murderer’s suicide.

Nell was buried in Elizabeth City, and a huge crowd of mourners and the morbidly curious attended her funeral. Nobody really knows what happened to Nell Cropsey on that cold November evening in 1901, and all of the participants in the mystery are now gone. Or are they?

Some claim that Nell is still not at rest. Many believe that she haunts the family home located at 1901 Riverside Drive, in Elizabeth City. 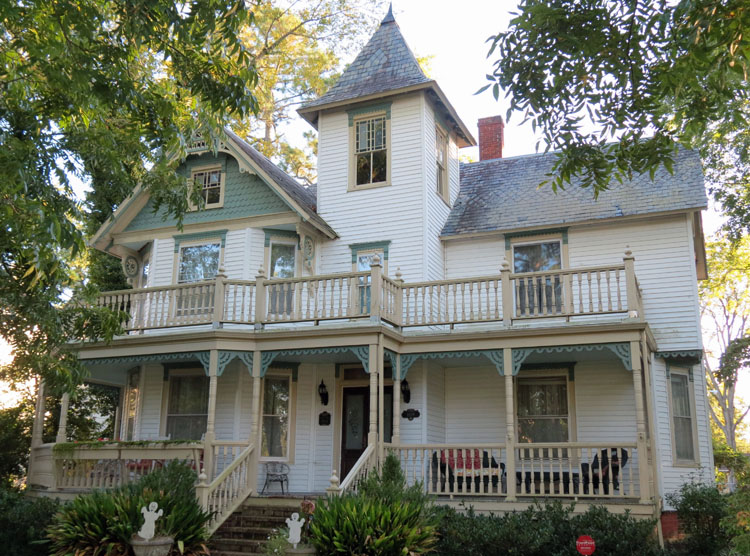 People who have lived in the handsome two story home claim to have seen her in the hallways and upstairs bedrooms. Other have reported glimpses of a young woman in old time clothes descending the stairs and going out the front door, the same door that Nell disappeared through on that fateful night so long ago. Could it be Nell, doomed to repeat the events of that fateful night throughout eternity?

Thought For The Day – I wish my mouth had a backspace key.

3 Responses to “The Mystery Of Nell Cropsey”