Nick's Blog » Me And Otis

Is there anyone who doesn’t love the old Otis Redding classic song (Sittin’ On) The Dock of the Bay? I know I’ve tapped my feet to it a few thousand times in my life. Did you know that it was recorded by Redding just days before his death in an airplane crash in 1967? The song was officially released by Stax Records in 1968 and became the first posthumous single to top the U.S. music charts.

Quite often we will take a break from whatever we are doing and go down to the private fishing dock for our little community and just sit there and enjoy watching the boats go by and the birds and fish doing their thing out on the water. It puts us both at peace, no matter what’s going on around us. And more than once when we are down there, I have found myself listening to that great old song in my head.

Yesterday afternoon was a good example. After our chiropractic appointments in the morning, Miss Terry went to a dentist appointment in the afternoon while I stayed home and wrote. A while after she got home we decided to go down to the dock and relax for a while.


A couple of our neighbors were there fishing and had caught a few small ones. 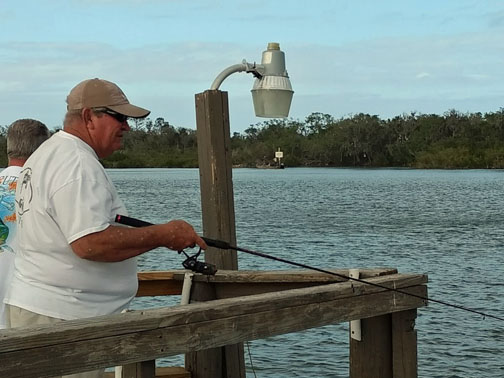 A few minutes after we got there, one of them caught this skate, which some people tell us tastes just like scallops. That surprises me, because everything else in the world tastes just like chicken. 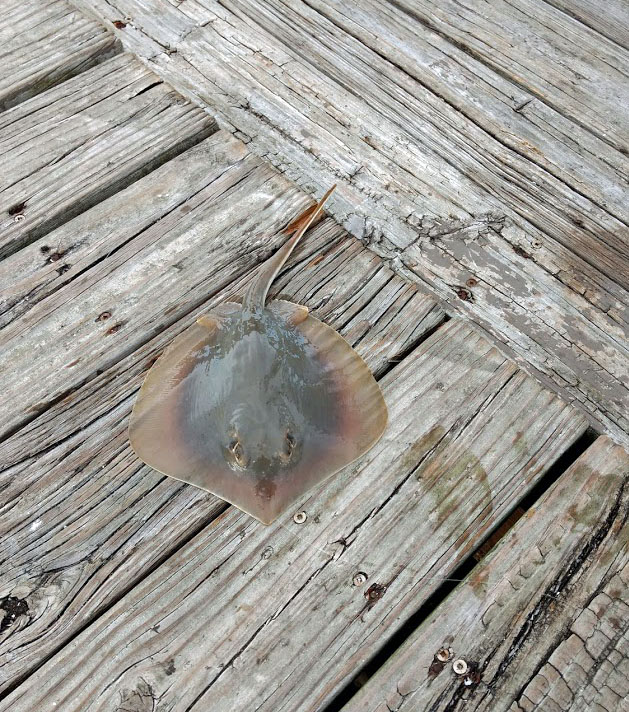 Terry is always looking for the many different birds that hang out around the dock, and she got a picture of these two terns, who look like they could be twins. 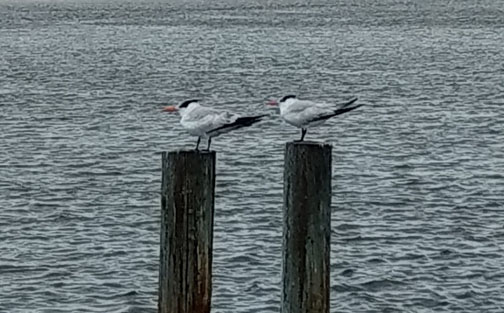 A little later on we spotted two or three dolphins swimming by, looking for dinner. We can always tell the newbies around here, because they think they are seeing sharks. While nearby New Smyrna Beach is the shark bite capital of the world, we haven’t seen many of them here on the Intercoastal Waterway. Although we did see a fellow catch one about two feet long from our dock a year or so ago. 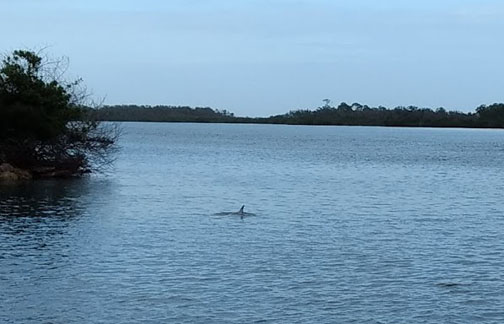 They always say that if you don’t like the weather, just wait five minutes and it will change. I think it’s true, as you can tell it by the different colors in these photographs, all taken yesterday afternoon. The sky had been overcast and just about the time we got down to the dock it started to sprinkle. That didn’t last long, and a few minutes later the sun was out. By the time we left, it was getting cloudy again.


There are always a lot of boats out on the water, and even more this time of year. 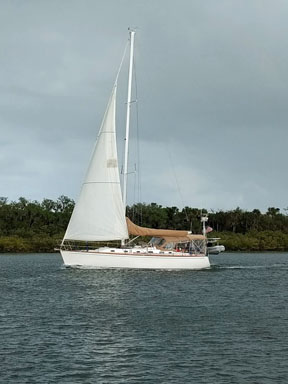 Everything from small fishing boats to pontoon boats, to yachts that are big enough to live aboard. A local fellow told me it’s particularly busy this time of year because a lot of Northerners who spend their winters down south are headed back home on their boats. And you thought RVers were the only snowbirds around!

About the time we were getting ready to head back home, one of the two guys that were fishing near us latched onto something big. Real big! As you can see from this photo, whatever he had hooked was bending his rod way over. A couple of times the rod bent so far that I thought it would break, but it held together. We watched him fight it for over 12 minutes, and he finally got it close enough that we could see it was a large ray. His friend had caught one about the same size the night before and said it was around 30 pounds. We’ll never know for sure, because after a long battle the line broke and it was gone. But it was exciting while we watched it. 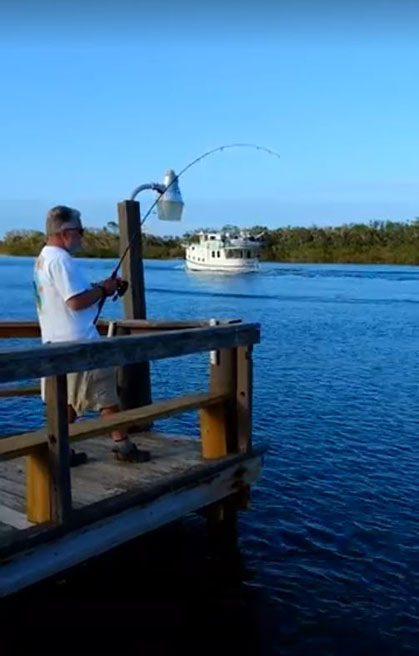 Of course, that’s nothing compared to this big ray we saw the them haul in at the Sunglow Fishing Pier in Daytona Beach last year. As I recall, it was 450 pounds. That’s a lot of fish! 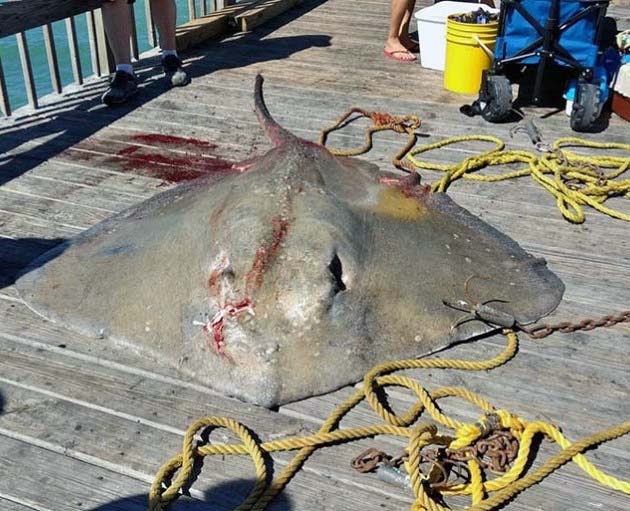 Speaking of a lot of fish, check out this story and video of a couple of local fishermen encountering a great white shark in our area. Ponce Inlet is about 20 miles from our house.

Thought For The Day – A yawn is a silent scream for coffee.

3 Responses to “Me And Otis”