Nick's Blog » You’ve Got to Die Of Something!

In a recent conversation with somebody who was asking me for suggestions on places to spend the winter in his RV, I told him about some of the places in Florida we like. His immediate response was, “Oh, hell no! I don’t want to get eaten by an alligator!”

I assured him that probably wasn’t going to happen, but he said that the people whose child was killed by an alligator at Disney World a few months ago probably didn’t think it was going to happen to them, either.

While that was a very unfortunate tragedy, it doesn’t mean that everybody who sets foot inside the Sunshine State is going to become alligator food. We have fished and kayaked around here for years, first as winter snowbirds and now as residents. We’ve seen a lot of alligators in our time, paddled past them on our Sea Eagle inflatable kayaks, and they have ignored us.

Sure, alligators do attack sometimes. So do dogs, and bears, and mountain lions. But very seldom do we hear of an alligator attack where the victim wasn’t doing something careless, or even downright stupid. If you poke your hand someplace you can’t see, you might get bitten. If you try to mess with an alligator, you very well might get bitten. And you would deserve it.


But if you leave them alone and use some common sense, you’ll be fine. Yes, the child at Disney was a rare exception. The key word here being rare. 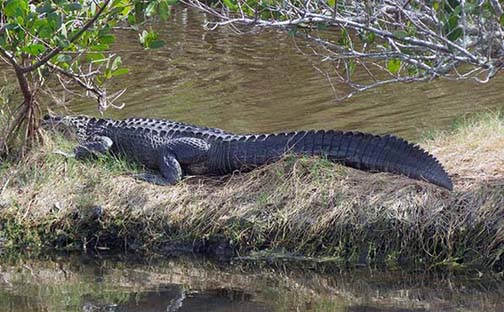 I lived in bear and rattlesnake country out west for many years, where I spent over 25 years publishing small town newspapers. I can count on one hand the number of bear attack or snakebite stories we ever covered. It’s the same thing. Some fool picks up a rattlesnake and it bites him. Gee, who could have seen that coming?

So stop worrying about the gators and come down to Florida. It’s a beautiful state with a lot to see and do, and I guarantee you, you won’t get eaten by an alligator. And I’ll back up that guarantee by promising to buy you dinner anyplace in the state that you choose if you do happen to wind up in a gator’s stomach! That’s how confident I am that it won’t happen. But even if I am wrong and you do become a gator buffet, it’s like my old commanding officer used to tell all of us young soldiers – you have to die of something!

Now the mosquitoes and no-see-ums here in Florida? That’s an entirely different story. The will eat you alive!


And finally, just because you can never be too cautious, here is today’s sign. 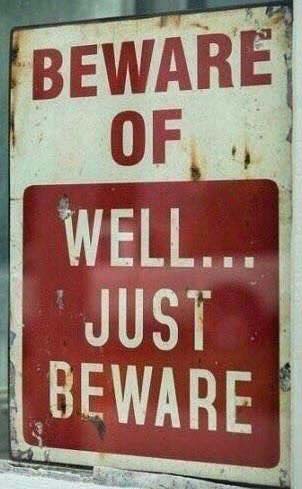 Thought For The Day – Those who can laugh without cause have either found the true meaning of happiness or have gone stark raving mad. – Norm Papernick

9 Responses to “You’ve Got to Die Of Something!”