In his wonderful book On the Road With Charles Kuralt, the roving journalist said, “Thanks to the Interstate Highway System, it is now possible to travel across the country from coast to coast without seeing anything.”

That’s why Kuralt and his camera crew preferred the back roads, those two lane ribbons of blacktop that tie together the package that holds the treasures of America. And it’s why we travel those same back roads. We never know what we’re going to find, but more often than not, it’s well worth the trip.

Along U.S. Highway 422 near the little community of Womelsdorf in eastern Pennsylvania, we came across just such a place, the Conrad Weiser Homestead.

I had never heard of Weiser before but he played a major role in the history of Pennsylvania, negotiating every major treaty between the colonial settlers and the Iroquois Nations from 1731 until 1758, established the town of Reading as well as Berks County, and he was a militia leader who helped quell Indian uprisings during the Seven Years War.

Born in Germany in 1696, Weiser came to America with his family in 1710, settling in New York State. He quickly developed an interest in the native people who inhabited the area, and when he was 15 years old he lived with the Mohawk tribe of the Iroquois for a year, learning their language, customs, and traditions. This knowledge was invaluable throughout his life.


Weiser moved to the Tulpehocken area in Pennsylvania in 1729, carving a farm out of the wilderness that would eventually contain 890 acres of land. Soon after he arrived in the region, an Indian friend asked Weiser to help the Oneida Iroquois negotiate a series of land treaties between the Pennsylvania colonists and the Indians. During the 1730s and 1740s, Weiser was able to maintain stable relations between the Pennsylvania government and the Iroquois Nation

The Seven Years War was a struggle that involved most of the major powers of the time and created conflict in Europe, North America, Central America, India, the Philippines, and parts of Africa. In Canada and the American colonies, the British and French were battling for dominance, and both sides enlisted different Indian nations to support them. Soon bloody raids were taking place throughout small settlements and isolated cabins on the frontier.

On October 16, 1755, a war party of Delaware Indians allied with the French killed 14 people, captured and took 11 prisoners in what became known as the Penn’s Creek Massacre. A local militia force was quickly organized to help protect the colonists, with Weiser in charge. In 1756, Weiser was appointed Colonel of the First Pennsylvania Regiment. He spent the next two years traveling through the area his unit was charged with guarding, responding to incidents and threats from the Indians.

Weiser negotiated the Treaty of Easton in 1758, which put an end to most of the violence in eastern Pennsylvania. By then he was 62 years old, an advanced age for that time and place, and had grown weary. He retired to his house in Reading, where he lived until he died in 1760.

Today Weiser’s old homestead in the Tulpehocken area is a State Historic Site where visitors can learn about Weiser and the settlement of eastern Pennsylvania. The Homestead includes several period buildings on a 26-acre Olmsted-designed landscaped park.


There is some mystery as to whether Weiser and his family actually lived in the house that stands today. He owned the property where the historic site is located from 1729 to 1750, and there is a strong oral history indicating he lived in the house, but archeological excavations have not been able to prove it. Over time, several different families have owned the land and the house has undergone several modifications and very little of the original structure remains. What visitors see today is basically a re-creation of what the home would have looked like during the time the Weiser family lived there. 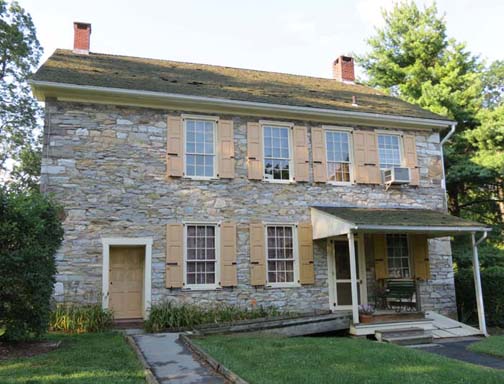 The story of Conrad Weiser and the historic site is told through exhibits located in three different buildings. Start your self-guided tour in the Visitor Center, which has two galleries dedicated to Conrad Weiser’s career and accomplishments. The exhibits in this building highlight Weiser’s work with Pennsylvania’s Indian tribes, his early life in Germany and New York, and his involvement in colonial Pennsylvania history.

The exhibit continues in the Weiser House with an exhibit gallery and a furnished period room. The gallery deals with the importance of Weiser’s farm as a destination for many different kinds of people in the 18th century, including colonial governors and politicians, Native Americans, scientists, soldiers, religious leaders, and local settlers. The period room in the house is furnished to portray the domestic aspects of Weiser and his wife Anna Eva’s life here.

The Education Center houses an exhibit gallery which explains what happened to the site after Conrad Weiser’s death, the 19th century efforts to honor Weiser, the creation of the landscaped park in the 1920’s, and the Conrad Weiser Homestead historic site today. The building also includes the original gravestones of Conrad and Anna Eva Weiser. 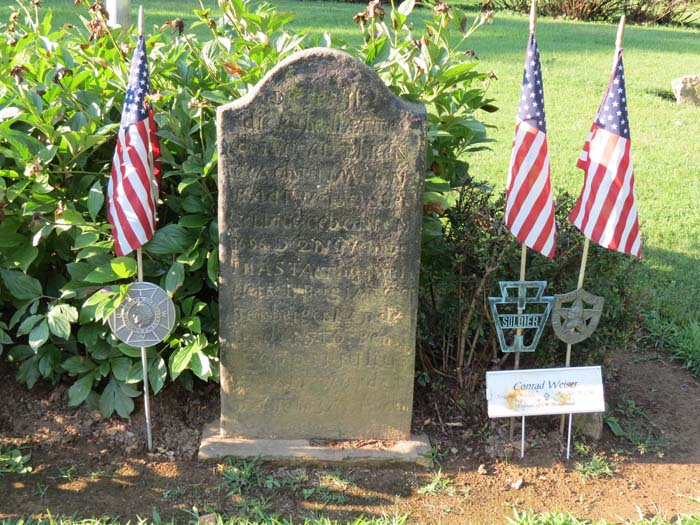 The Homestead includes a Spring House, the Weiser’s graves and monument, a Long Hut, and the landscaped park grounds. During the summer, special talks and programs are scheduled within the historic area.

A statue of an Indian symbolizes the strong relationship Weiser had with the Iroquois and other tribes for most of his life. 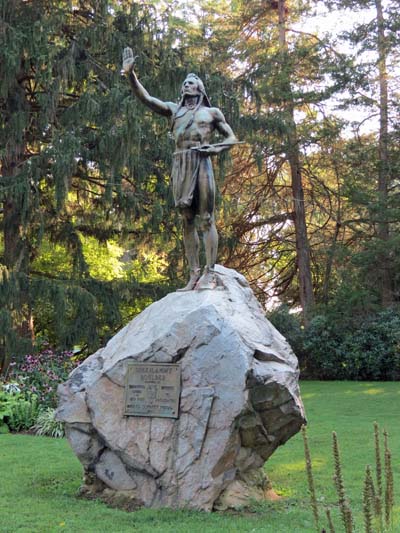 The Conrad Weiser Homestead is located at 28 Weiser Lane in Womelsdorf, Pennsylvania and is open March 11 through December 2nd. For more information, call (610) 589-2934.

Thought For The Day – Never take a freeway when a back road is an option.