Atwater, California, located 120 miles east of San Francisco in the San Joaquin Valley, is the former home of Castle Air Force Base, which opened near there in 1941 as an Army Air Corps Basic Flying School, to meet the needs of the military buildup in the days before World War II. Besides pilots and air crews, Womens Air Service Pilots (WASPs) also received training at the base.

When the war ended it became a Strategic Air Command (SAC) base and SAC’s primary B-52 bomber aircrew training facility. The base was active throughout the Korean War, Vietnam, and Operation Desert Shield, but with the end of the Cold War the Air Force began to reorganize and downsize, and Castle Air Force Base was deactivated and closed in 1995.

In 1981, Castle Air Museum opened on land adjacent to the Air Force base and has since grown to become one of the largest aviation museums on the West Coast. Its collection of close to seventy restored vintage military aircraft ranges from pre-World War II to the present. Many of the units on display spent years sitting in storage at the mercy of the elements and always in danger of being cut up for scrap metal before coming to the museum and being carefully restored to their former glory.


Among the airplanes on display is a Boeing B-17G Flying Fortress, one of the most famous bombers of World War II and instrumental in bringing Nazi Germany to its knees. Powered by four 1,200 horsepower Wright-Cyclone radial engines, the B-17 had a range of well over 2,000 miles and was armed with thirteen .50 machine guns. It could climb to over 35,000 feet and carried a payload of 6,000 pounds of bombs. 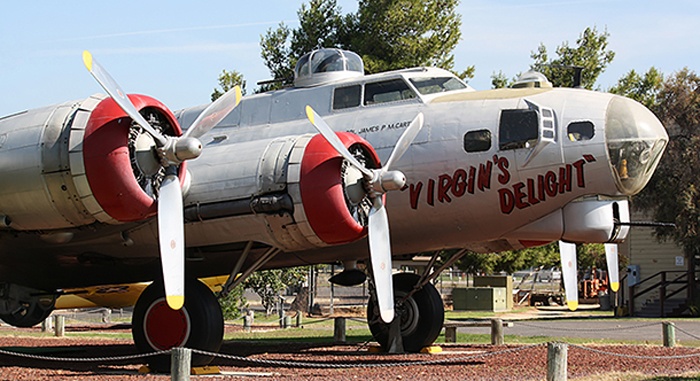 Another well known World War II airplane at the museum is this B-24 Liberator. More B-24s were made than any other American aircraft during World War II, and they were more widely used than even the B-17. Besides our own Air Force, Liberators were also used by the Canadians and Great Britain during the war. The museum’s B-24 was first used by the U.S. Navy as a patrol aircraft based at MCAS Cherry Point, North Carolina. It was then converted into a transport airplane for the Commandant of the Marine Corps. After the war it was sold to a private enterprise and ended up hauling cattle carcasses and other cargo in South America. Recovered in La Paz, Bolivia and shipped to Castle Air Museum, it underwent a complete restoration by museum volunteers to return it to its present World War II-era bomber configuration. 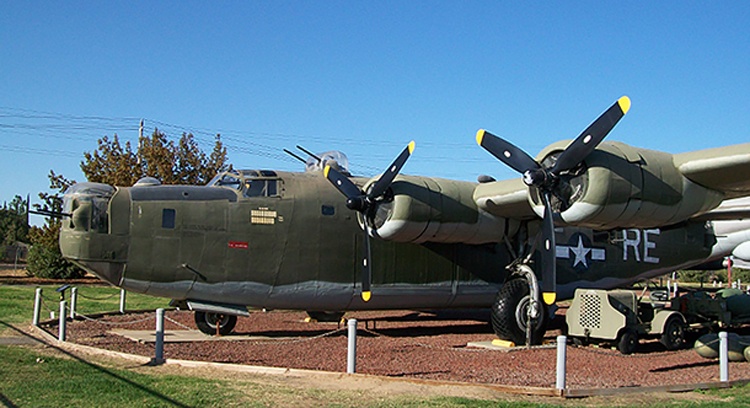 The B-29 Superfortress was the first of the true “Heavy Bombers” and was designed as a replacement for the B-17 and B-24. During World War II, B-29s were used almost exclusively in the Pacific Theater and they did tremendous damage in bombing raids over the Japanese home islands. The B-29 Enola Gay was the first aircraft to drop an atomic bomb on the Japanese city of Hiroshima on August 6, 1945. Three days later another B-29, Bock’s Car, dropped a second atomic bomb on Nagasaki, 260 miles away. Six days later, on August 15, Japan announced it was ready to surrender, bringing the war to an end. The B-29 on display at Castle Air Museum is actually made of parts from three separate B-29s recovered from the Naval Weapons Center at China Lake, California. 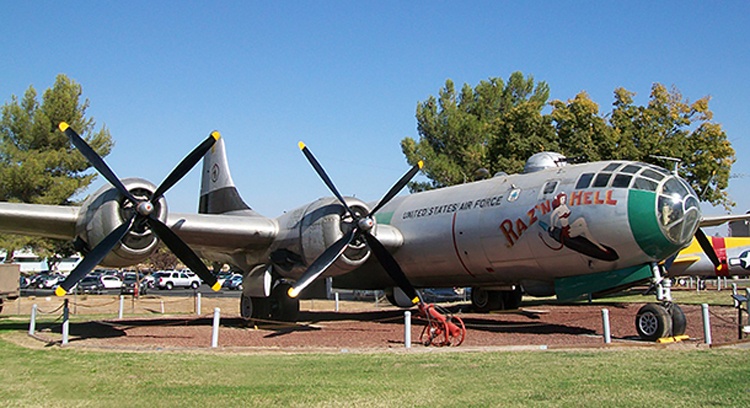 While the big World War II bombers are certainly impressive, the museum also has many newer and smaller military aircraft, including this Vietnam War-era McDonnell F-4E Phantom II, the most widely used American supersonic fighter-bomber. They were also used by Great Britain, Iran, Israel, the Republic of Korea, West Germany, Spain, Japan, Greece, Turkey, and Egypt. F-4s were armed with a 20mm cannon; four Sparrow III missiles, and four heat-seaking Sidewinder missiles, or up to 16,000 pounds of bombs. The museum’s F-4 was built in 1966 and started its career at Eglin Air Force Base, Florida with the 33rd Tactical Fighter Wing. In March of 1969 it began its transformation into an Air Force Thunderbird assigned to the Air Demonstration Squadron at Nellis Air Force Base in Nevada. After five years with the Thunderbirds, it returned to Tactical Fighter Wing duty in 1974. In 1991 it was put into storage at Davis-Monthan Air Force Base in Tucson, Arizona. In January, 1995 it was acquired by Castle Air Museum and underwent a total restoration. 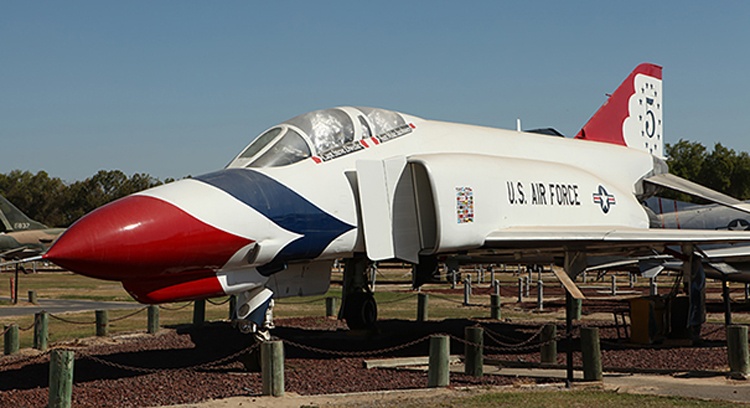 Other aircraft on display at the museum include a North American F-100 Super Sabre, a Boeing B-52D Stratofortress, a Curtiss C-46D Commando, a Fairchild C-119C Flying Boxcar, a Lockheed F-104B Starfighter, and a Grumman HU-16B Albatross, to name just a few.

In addition to the aircraft on display outside, the museum’s indoor displays include an impressive collection of military memorabilia, from Army Air Corps and Air Force uniforms to airplane engines, a B-52 cockpit simulator, weapons, medals, and an example of the once top-secret Norden bombsight. Plan a full day when you visit because there is a lot to see at the museum! 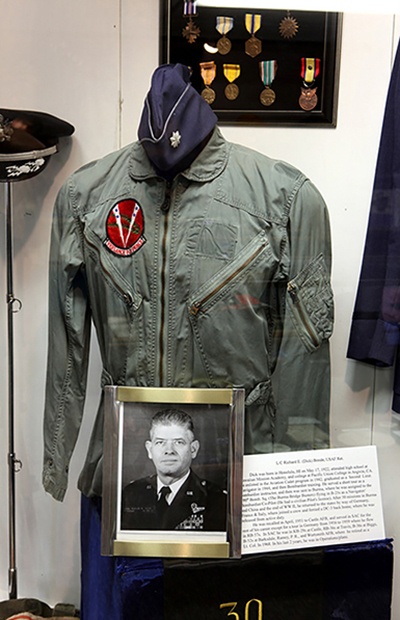 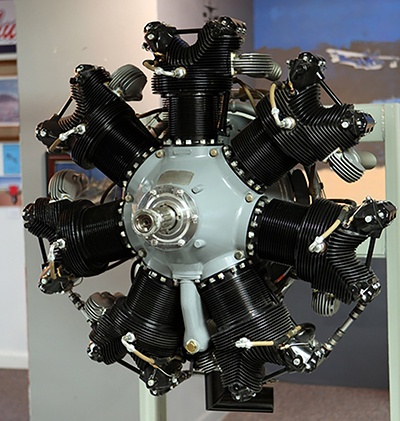 Castle Air Museum is located at 5050 Santa Fe Drive in Atwater and is open every day (weather permitting) except New Year’s Day, Easter, Thanksgiving, and Christmas Day, from 10 a.m. to 4 p.m.


The museum has its own RV park, with six full hookup sites and twelve dry camping sites. The first night’s site rental includes a free pass to the museum. For more information on the Castle Air Museum, call (209) 723-2178 or visit their website at http://www.castleairmuseum.org/.

Today is your last chance to enter our latest Free Drawing. This week’s prize is an audiobook of Koinobi, the first book in author Reid Minnich’s Koinobi science fiction trilogy. To enter, all you have to do is click on this Free Drawing link or the tab at the top of this page and enter your name (first and last) in the comments section at the bottom of that page (not this one). Only one entry per person per drawing please, and you must enter with your real name. To prevent spam or multiple entries, the names of cartoon or movie characters are not allowed. The winner will be drawn this evening. 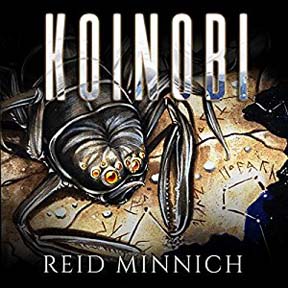 Thought For The Day – Some people will lie about anything just to stay in practice.