Is there anybody who doesn’t love old lighthouses? I know we can’t drive past one without stopping!


One of our favorites is Cape Blanco Lighthouse, which stands on a rugged cliff, 245 feet above the ocean, on the western-most point in Oregon. Commissioned in 1870, Cape Blanco is the oldest continuously operating lighthouse on Oregon’s coast. The massive Fresnel lens was lit for the first time on December 20, 1870, and the lighthouse has helped guide ships safely along the rugged and often hazardous coast ever since. 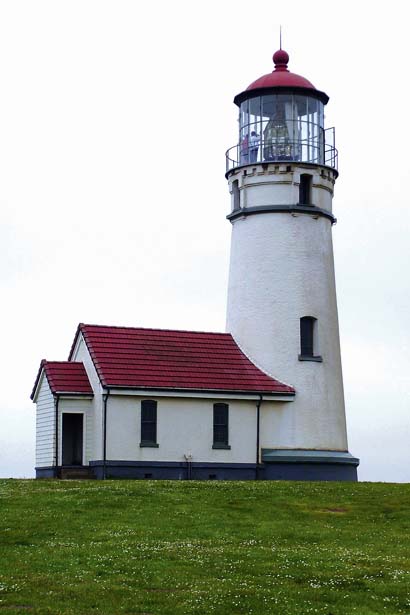 Cape Blanco Lighthouse had a number of keepers over the years, including James Langlois, who kept the light burning for 42 years, and James Hughes, who tended the light for 33 years. The light keeper’s job was hard work. Each day three gallons of oil had to be carried by hand up the 67 winding stairs to the top, and the keeper was responsible for keeping the light burning from sunset to sunrise, and polishing its lens. Other duties included keeping all of the equipment clean and polished, and maintaining the grounds and various buildings. 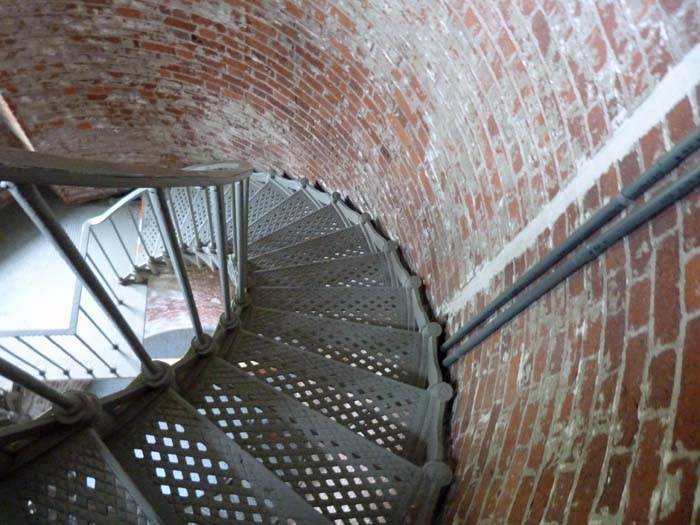 The lighthouse was an isolated place and the keeper and his assistants lived on the grounds, where they raised chickens, tended the station’s cows, and grew their own vegetables in a one acre garden. Firewood had to be cut, hauled, and split, laundry was done by hand, and everybody was expected to pitch in to help get the job done.

Housing was provided as part of the keeper’s compensation but the quarters were cramped. For the first 34 years, three keepers and their families lived under one roof. Fireplaces and oil lamps provided the only heat and illumination. In 1910, a separate house was built for the head light keeper. While the assistants and their families still had to use the outhouse, the new home included an indoor privy. Rank has its privileges!


Between 1852 and 1950, at least twenty shipwrecks occurred between Cape Blanco and Port Orford, a few miles to the south, including the oil tanker J.A. Chanslor, which hit an offshore rock in 1919. Only three of the 39 people onboard survived. 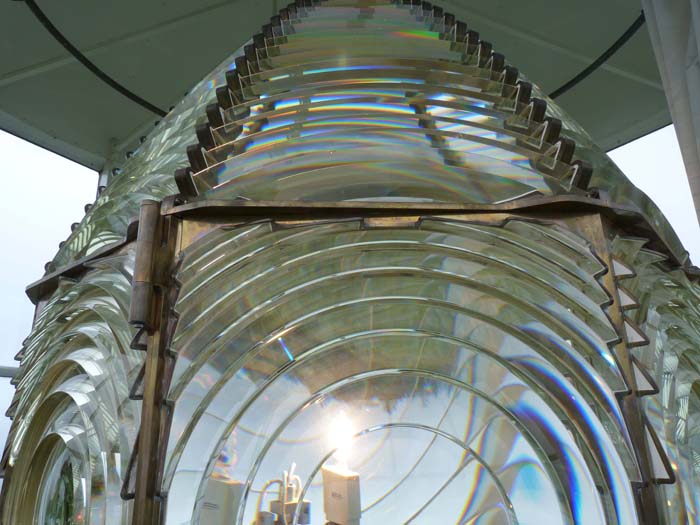 In 1939, the U.S. Coast Guard took over Cape Blanco Lighthouse, automating it and ending the need for a light keeper.

Today, Cape Blanco Lighthouse is open to the public through a joint operating agreement between the Bureau of Land Management (BLM) and various state and local governmental entities. Visitors can take a guided tour of the lighthouse dail, except Tuesday, from April through the end of October. Admission is $2 for adults and children age 15 and under are free. 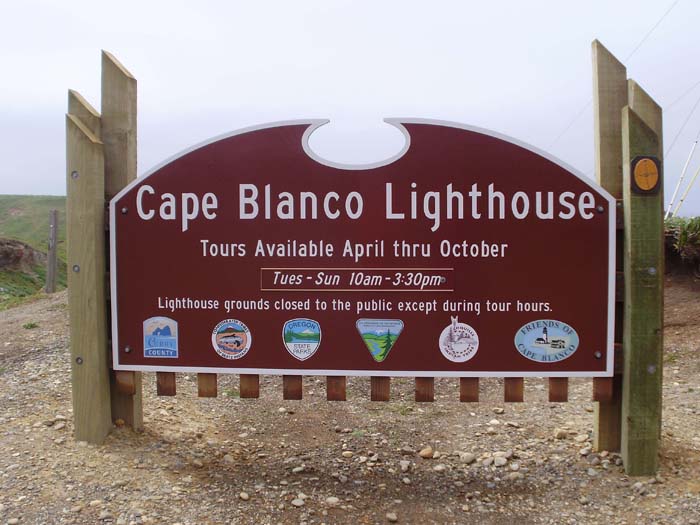 Our volunteer tour guide was a fulltime RVer, who spent some time in the main building talking about the light keeper’s life and explaining the equipment used to keep the light burning, and then led us up the winding stairs to the top, where the Fresnel lens still sends its signal up to 25 miles out to sea. 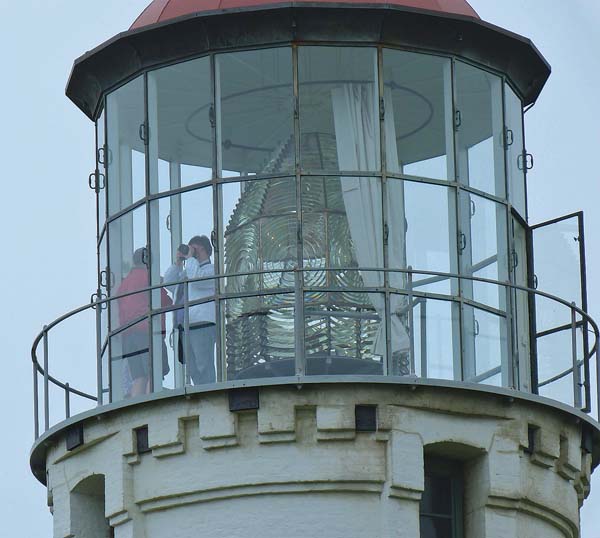 We have met several RVers who volunteer at lighthouses, and if we were retired and had the time, I’d love to do something like that. Our guide told us that he and his wife work 20 hours a week in exchange for their RV site, and have the Pacific Ocean as their backyard! There are four RVing couples working at the lighthouse.

Cape Blanco Lighthouse is located nine miles north of Port Orford, Oregon, just off U.S. Highway 101. The paved parking area could accommodate a motorhome if it was not busy, but visitors are best advised to park your RV at one of the local campgrounds, or in town, and drive your tow vehicle or dinghy. For more information, contact the Coos Bay BLM office at (541) 756-0100.

Be sure to enter our latest Free Drawing. This week’s prize is a just released audiobook of Big Lake Burning, the sixth book in my Big Lake mystery series. To enter, all you have to do is click on this Free Drawing link or the tab at the top of this page and enter your name (first and last) in the comments section at the bottom of that page (not this one). Only one entry per person per drawing please, and you must enter with your real name. To prevent spam or multiple entries, the names of cartoon or movie characters are not allowed. The winner will be drawn Sunday evening.

Thought For The Day – The easiest way to look thin is to hang out with fat people.