In the beautiful Sierra Nevada Mountains, 100 miles east of Sacramento, the Emigrant Trail Museum, located at Donner Memorial State Park, tells the story of one of the most tragic events of the Old West.

In the mid-1800s, lured by the promise of cheap land and a better life for their families, thousands of pioneers left everything they knew behind to travel west in search of their dreams. After arduous journeys across hostile land, many succeeded and helped shape America as we know it today. But others never made it to the promised land, and their busted wagons and bleached bones gave solemn testimony to those who followed of the dangers that lay ahead. One group of pioneers would go down in history as the symbol of just how treacherous the trip west could be. 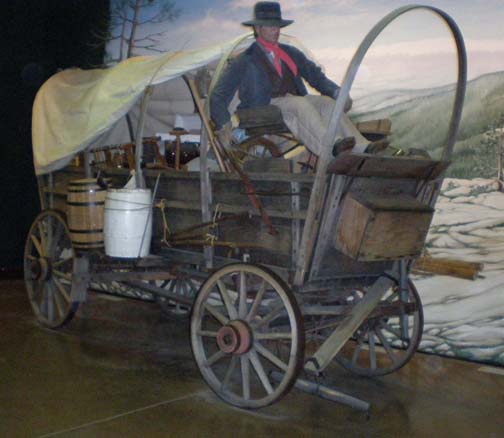 Brothers George and Jacob Donner and their friend James Reed set off from Springfield, Illinois in the spring of 1846, with nine wagons and 32 members of the Reed and Donner families and their employees. They became part of a larger wagon train as they made their way west. George Donner, a 62 year old farmer, was accompanied by his 44 year old wife, Tamsen, and five daughters ranging in age from three to 13. His older brother Jacob brought his wife, two teenage stepsons, and five children, the eldest of whom was nine years old.

James Reed was a wealthy Irish immigrant who started the trip west with his wife Margret, two daughters, two sons, and his elderly mother-in-law Sarah Keyes. Sarah, who was suffering from tuberculosis, succumbed to her disease early in the trip and was buried alongside the trail.

By the time they left Independence, Missouri, the wagon train had grown to over 50 covered wagons, and several ox carts. Bad weather slowed their progress, and then they followed a short cut that was supposed to take a week, and actually took over 30 days, to reach Salt Lake. They didn’t reach the present site of Reno, Nevada until late in the season, and the locals cautioned them that it was too dangerous to proceed any further because winter storms could block the passes over the mountains.


Many of the wagons decided to wait out the long winter but the Donner brothers ignored the warnings and pressed on, beginning the long, hard trip over the mountains. They had to ford fast flowing rivers, and at some points, the wagons had to be pulled up the steepest slopes by ropes. Indians stole their cattle and killed many of their horses and oxen. Several weaker members of the party died, but their troubles were only beginning.

By the time they reached Prosser Creek in late October, they had lost more than 100 head of oxen and cattle, and their food was almost gone. Then a strong winter storm hit, and ten foot drifts blocked the passes. They could go no further. The group returned to Truckee Lake, at present day Truckee, and set up camp, hoping for a break in the weather.

By now the group was splintered and resentful, with harsh words and accusations thrown back and forth. The main party built crude cabins at the lake, while the Donner brothers camped several miles east. The storm continued to batter their rough shelters, and before long they were low on supplies. The deep snow and continued storms made it impossible to find any wild game.

Hard times bring out both the best and the worst in people. While many of the group worked together to survive, others took advantage of the situation. One man, named Graves, charged the father of several hungry children $25 for the carcass of an ox that had starved to death. In those days, $25 would pay for two healthy animals, but when your children are starving to death, you do what you have to do to feed them.

Facing starvation, a group of seventeen of the healthiest was sent out to seek help. Several died along the way, but 32 days later, the survivors stumbled onto a ranch on the west side of the Sierras. It took a week to organize a rescue mission, and almost two more weeks to reach the stranded pioneers.

What they found shocked and horrified the relief party. Many members of the Donner Party had perished from exposure and starvation, including several children. After eating their oxen, and even their leather shoes, some members of the ill-fated group had resorted to cannibalism to survive.

Although the first rescue party reached Donner Lake in February, it was April before the last of the survivors were strong enough to travel and arrived at Sutter’s Fort. In all, four relief parties made their way to Donner Lake to help the wagon train’s survivors. They found George Donner sick and near death from an infected cut. His wife, Tamsen, refused to leave him, and she sent their children on with the rescue party, choosing to stay and die alongside her husband. In all, there were 87 people in the Donner party when they started their trek over the mountains. 42 of them perished by the time their ordeal was over.

Most of the survivors of the Donner Party eventually did find the new lives that they had sought in California, though they were haunted until their deaths by what they had seen and been forced to do to survive. George and Tamsen Donner’s children were adopted by an older couple who lived near Sutter’s Fort. Isabelle Breen, who was only one year old during that horrible winter in the mountains, died in 1935. She was the last survivor of the Donner Party.


The State of California created Donner Memorial State Park in 1927 to honor those who survived their ordeal, and those who perished. Today the Pioneer Monument, a statue of a pioneer family, stands near the Emigrant Trail Museum. The stone pedestal is 22 feet high, the same depth the snow reached when the pioneers were stranded there. 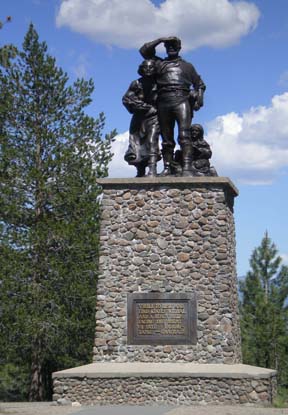 Exhibits in the museum tell not only the story of the Donner Party, but of all of the pioneers who crossed the mountains in spite of danger and hardships. Other exhibits include the local Native Americans, mining in the Sierra Nevada, and a sawed off shotgun used in the 1870 Verdi train robbery, which was the first train robbery in the history of the West. 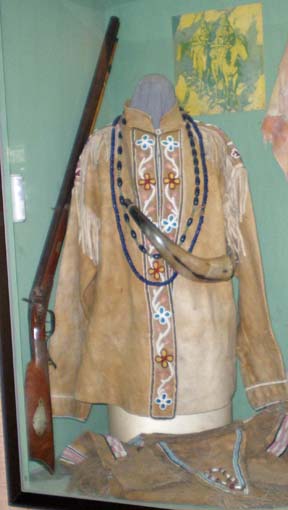 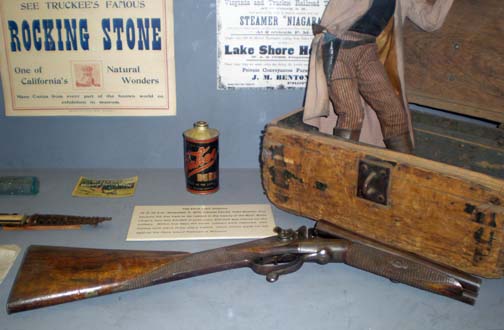 The Donner Party’s Murphy family cabin site is near the museum and the Pioneer Monument. A self-guided half mile loop nature trail begins at the museum and leads past where other cabins and shelters from the winter encampment were located.

Donner Memorial State Park is located just west of downtown Truckee, easily accessible from Exit 184 on Interstate 80. The park includes a 154 site campground. The parking lot at the Emigrant Trail Museum can be very tight for large RVs, and if you visit, you would be advised to park on the shoulder of the frontage road at the park entrance. The Emigrant Trail Museum is open from 9 a.m. to 4 p.m. daily.

Today is your last chance to enter our Free Drawing for an audiobook of Emerald Tears by Stacy Bender. It’s the story of nightclub owner Gabriel Tanner, aka Emerald. Everything comes too easy for him, as if his life is a dream. But his recurring nightmare of a futuristic world where he is murdered seems more real. Then a beautiful cybernetic assassin who knows the truth comes into his life. Is she his savior or here to finish the job? To enter, all you have to do is click on this Free Drawing link or the tab at the top of this page and enter your name in the comments section at the bottom of that page (not this one). Only one entry per person per drawing please, and you must enter with your real name. To prevent spam or multiple entries, the names of cartoon or movie characters are not allowed. The winner will be drawn this evening. 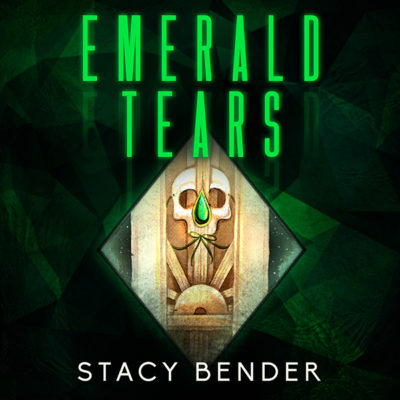 Thought For The Day – Whenever a man does a thoroughly stupid thing, it is always from the noblest motives. – Oscar Wilde

2 Responses to “The Donner Party Tragedy”