Nick's Blog » Not So Simple Or Safe

I had high hopes for our SimpliSafe home security system when we bought it, but as it turns out, it’s pretty much worthless. Over and over again when I arm the system I get a message warning me that there is no link to the dispatch center. When I call, after being on hold for a long time, one of their techs always works their magic mumbo-jumbo and has me test this sensor and test that keypad, and then it works again. For a while. But before long I have to repeat the process over and over, again.

It happened again last night when I tried to arm the system. I immediately got the no link to dispatch center warning and called technical support about 11:30 PM. This time I was only on hold for about 10 minutes before a young woman answered. She had me do some of the tests that they always have you run through, then informed me that only two of our five motion sensors were activated, and that neither of our panic alarms were activated. That’s nonsense, because I activated them when I first got the system and they have been tested over and over and it has always shown them as working. She told me I was wrong, they had never been activated. So does this mean the system hasn’t worked all along? Either she’s wrong, or every other customer support tech I’ve talked to has been wrong when they told me that the whole system checked out fine.

After she assured me that everything was now working well, I ended the call and two minutes later I got the same message. No link to dispatcher. I tried to call back at 11:55 PM and got a message that the office was closed. What happened to their claim that customer service is available until midnight Eastern Standard Time? Thanks for nothing, SimpliSafe! I feel so secure with your system “protecting” my home and family!

I wasn’t the only one frustrated yesterday. Terry spent several days putting a new project on her loom and then realized that a couple of the 160 or so tie-up threads ended up in the wrong location or something like that. She spent most of yesterday sitting on the floor inside the loom trying to get things corrected. I spent some time stepping on the different foot pedals to raise the heddles for her, hoping she could figure out what went wrong. By the end of the day she was stiff and sore, and though she made some headway, she still has not completely solved the problem.


While she was doing that, I was busy submitting the audiobook of Big Lake Burning to ACX, the production end of audible.com, and emailing back and forth with Frank Clem, the narrator. I typed up a series of bios of the different recurring characters in the series and sent it to him, along with the manuscript for Big Lake Honeymoon, the next one scheduled to be made into an audiobook.

When I was done with that, I wrote about 3,500 words in my new John Lee Quarrels book. I’ve been goofing off lately and haven’t gotten very much written since just before Christmas, so it felt good to be back at it again.

On another note, Terry has several nice pieces of coral that we picked up at flea markets and shops around town, and has them displayed in our living room. 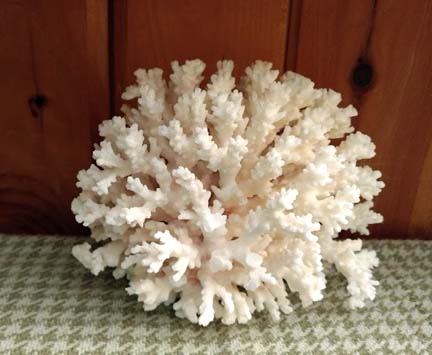 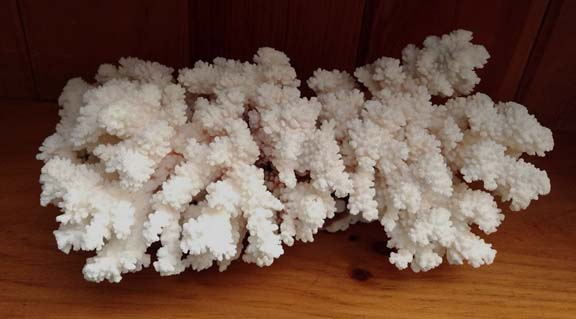 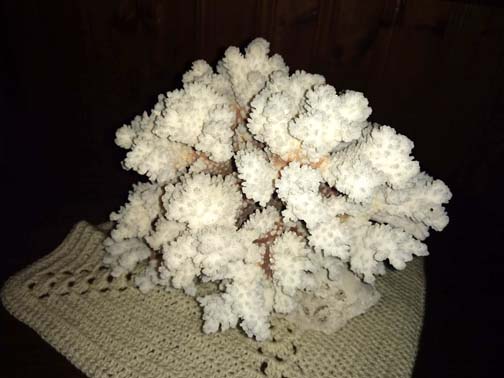 A while back somebody found two pieces of what looks to be some kind of river coral in the drainage ditch next to our house. I guess they probably washed up during the storm surge from Hurricane Irma. These are coarse and brown, instead of the more delicate white coral that we already have, so I’ve been soaking them in a bucket of bleach for over a week now, hoping they would also turn white. As it turns out, that was a waste of time and bleach. After all that time, I don’t think they are going to lighten up any more. They may wind up going outside as part of the yard décor. 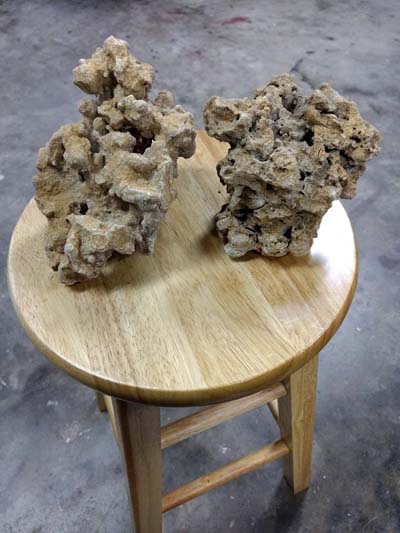 
Thought For The Day – Many people miss opportunity when it comes knocking at their door because they are out in the backyard looking for a four leaf clover.

5 Responses to “Not So Simple Or Safe”