Popular history, television, and movies made a hero out of Wyatt Earp, who blazed his way to glory in the gunfight at the O.K. Corral in Tombstone. The truth is that while Earp was a sometime lawman, he was also a gambler, pimp, and a saloon owner, all acceptable careers in the Old West.

And there were many who considered Earp, his brothers, and their pal Doc Holliday no more than common thugs, hiding behind badges as an excuse to get rid of their enemies. In fact, the grave of Billy Clanton and the McLaury brothers, who were killed in the famous shootout, bears the inscription “Murdered On The Streets Of Tombstone.” 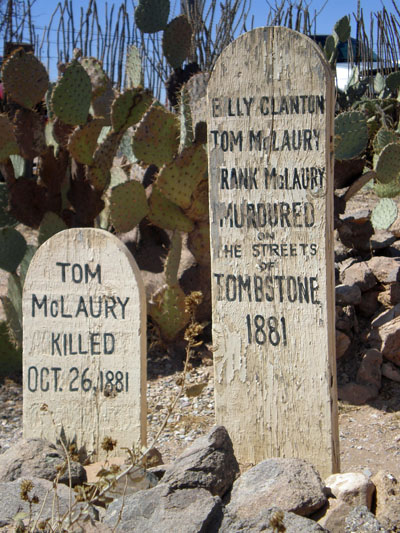 Wyatt Earp’s reputation may have been enhanced by publicists and dime novelists, but there were other heroes who may not have received as much fame while certainly leaving their mark on Arizona. One of the most colorful and courageous of these was William Owen O’Neill.


Born on February 2, 1860, in St. Louis, Missouri, to Irish immigrant parents, O’Neill was educated in Washington, D.C. and then moved to Arizona in search of adventure. He worked as a prospector, newspaper typesetter, court reporter, and later became a newspaper editor and publisher. Somewhere along the way he earned the nickname “Bucky.” 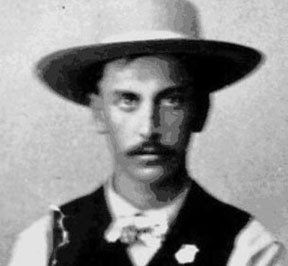 1880 found O’Neill in Tombstone, where frontier publisher John Clum hired him to be a reporter for the famous Tombstone Epitaph. But O’Neill left Tombstone in the summer of 1881, missing the gunfight at the O.K. Corral, which took place on October 26, 1881.

A gregariously friendly man with a reputation for honesty, O’Neill eventually moved to Prescott, which at the time was the capital of Arizona Territory. He served as the Yavapai County Probate Judge and as School Superintendent. Next he was elected Yavapai County Sheriff and served three consecutive terms. Bucky O’Neill quickly proved he was the right man for that dangerous job, and there were many tales of his courage and fearless dedication to enforcing the law.

He was considered the best shot in Arizona Territory, a skill that served him well in several shootouts. One of his most famous exploits as Sheriff was the manhunt he led for a gang of train robbers in 1889. O’Neill formed a posse and followed the bandits’ trail for three weeks before finally catching up with them in Utah. After a brief shootout, in which the Sheriff’s horse was the only casualty, the outlaws were captured and brought back to Arizona, where they were sentenced to the Yuma Territorial Prison.

Another story says that a local outlaw was holed up in a cabin and threatened to shoot any lawman that tried to arrest him. But Bucky O’Neill’s reputation proceeded him, and when the Sheriff rode up to the cabin alone, the fugitive took one look at him and surrendered.


After his time as Sheriff, O’Neill unsuccessfully ran for Congress three times, but was unanimously elected Mayor of Prescott. When the Spanish-American War broke out and Theodore Roosevelt put out the word that he was looking for volunteers, Bucky O’Neill joined some 300 cowboys, miners, and other adventure seekers in the 1st United States Volunteer Cavalry, which became known as the Rough Riders.

Just as flamboyant and courageous as the former Arizona sheriff, Roosevelt and O’Neill quickly became close friends. Roosevelt wrote of how O’Neill dove into the water to rescue two black soldiers who had fallen overboard, while others stood by and watched.

O’Neill was a captain in the Rough Riders in Cuba, and was well loved by his men for his courage and good character. But his fearlessness would be his undoing. On July 1, 1898, O’Neill and his men were pinned down in a ditch near San Juan Hill. O’Neill stood up to observe the enemy, and his sergeant urged him to take cover. “The Spanish bullet hasn’t been molded that can kill Bucky O’Neill,” the officer replied. He was wrong, in the next second he was shot in the mouth and died almost instantly. Bucky O’Neill was 39 years old. William Owen “Bucky” O’Neill was buried at Arlington National Cemetery, a short distance from his father John O’Neill, a Civil War veteran. 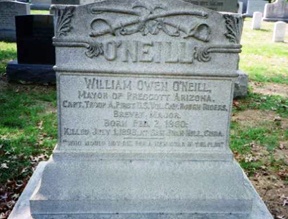 Today a statue of Bucky O’Neill stands in front of the Yavapai County Courthouse in Prescott, to honor the brave sheriff and all of the Rough Riders. The statue was created by Solon Borglum, brother of Gutzon Borglum, who designed Mount Rushmore. Prescott citizens and visitors have picnics and attend concerts on the courthouse square, many not knowing the story of the Arizona hero who still watches over them. 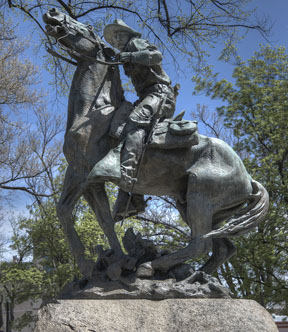 Thought For The Day – I never forget a face, but in your case I’ll try to make an exception.