Can you believe this beautiful lady has been putting up with me for two decades? That’s right, today is our 20th wedding anniversary. And what a wonderful 20 years it has been! 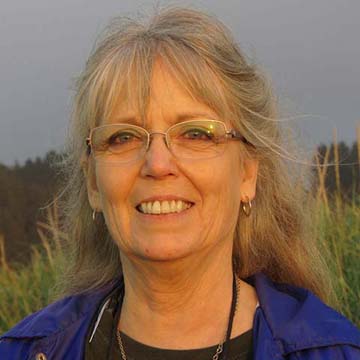 This was not the first marriage for either of us, and believe me, it was not something that either one of us was looking for or expected to happen. But isn’t that the way it sometimes goes? We often find the best things in life when we least expect them. Here’s our love story, if you care to hear it:

We had known each other for many years. Terry ran a commercial glass shop that advertised in the small town newspaper that I owned. At that time I was in a bad marriage, and since Terry always wore a big ring on her finger, I assumed she was married as well. We were just business acquaintances, though I always admired her because she is that combination of a beautiful and intelligent woman who is very real and never “puts on airs” as my Mama used to say. With Terry, what you see is what you get, and I found that very refreshing.

After my marriage ended, I instructed my friends that if I ever said I was going to get hitched again, please shoot me. I had been shot twice and married twice, and you can get over shot quicker and with less financial outlay.

One week I wrote a silly little column in my newspaper about making the transformation to the single life. I wrote that I had learned that I could survive for a weekend on Pepsi and Toaster Strudel, and that in a pinch, I could wash my underwear in the dishwasher and dry them in the microwave. But I lamented the fact that the bakery in town had closed its doors, and a chubby little cherub like myself needed sweets, so somebody had better send me either a recipe or a woman. Terry responded by sending me a big plate of brownies with a note that read “Quit your sniveling!”


The brownies were delicious, and I got a chuckle out of the note. When I called Terry to thank her, she said “Anytime you want something like that, just let me know. I love to cook and bake and I don’t have anybody to do it for.” I asked her why she didn’t bake for her husband, and she told me she had been single for fourteen years. “I work with contractors and construction workers all the time,” she told me, “I wear the ring to keep guys from hitting on me.” (Now, you have to wonder, after fourteen years, if she settled on me, what kind of troglodytes did she pass on?)

Now, I’m not the sharpest knife in the drawer, so when my secretary told me “Terry is sending you a signal, but you’re too dumb to know it” I didn’t believe her. But over a period of several weeks I began stopping in at Terry’s shop more frequently, and we really hit it off. It was amazing how much we found that we had in common.

Eventually I screwed up my courage and asked her out to a movie and dinner. We snuggled down in our seats at the theater and whispered to each other all through the movie (don’t ask me what movie it was, neither of us can remember). Afterwards we went to dinner, then sat and talked until dawn. I was smitten.

Two weeks later we had our second date, to the Fall Festival in our little mountain town. I was on the board of directors of the battered women’s shelter, and we had arranged a fund raiser in which the town council and other local “dignitaries” were supposed to take turns in a dunking booth. You know the type, where you pay a buck to throw three balls at a target, and if you hit it, the person inside the booth drops down into a pool of water. It was a chilly day, with temperatures about 50 degrees, and suddenly the local luminaries decided it would be “undignified” to climb up onto the dunking platform.

Well, if you’ve ever met me, you know that I’m about as undignified as they come, so I handed Terry my jacket, shoes and socks, and climbed aboard. It took all of about three seconds until some cowboy with a good eye nailed the target and I dropped down into the water. Damn, that was cold!

That’s when I discovered that I was too short and pudgy to hoist myself back up onto the metal platform. The dunking tank was a wire basket with a canvas reservoir full of water in it, so I had to hook my fingers and toes in and crawl back up the side of it and slide myself into my seat. I didn’t have time to get comfortable, because that cowboy had two balls left, and he used them well! Twice more I got dunked and crawled back up. No sooner had the cowboy stepped aside than the local postmaster, a good buddy of mine, took his place. Bill wasn’t quite as good a pitcher, but he managed to dunk me one throw out of three.

The local radio station was doing a live remote broadcast, and the announcer was another good buddy of mine. JJ the DJ announced over the airwaves “Folks, if Nick Russell has ever written something that ticked you off, it’s payback time. Come on out and get him wet. It’s all for a good cause!”

And come they did! It became a competition to see who could dunk me the most. Before long the price of balls went up from $1 to $5, and then $10. I was in that dunking booth for over three hours, and we raised over $3,000 for the women’s shelter. By then my toes and finger were bloody from crawling back up that dumb canvas bag, and I was so blue that I looked like a smurf.

Terry was in tears much of the time, though I never have been sure whether it was sympathy for me or mortification from being out in public with the class clown. Whatever it was, she took me home, dried me off, and kept me. We’ve been together ever since.


Somebody once said that the two of us seem almost codependent because we like to spend all of our time together. Hey, call it whatever you choose, it works for us, and we still feel like we’re on our first date. Being married to your best friend in the world is a wonderful thing.

We hold hands in the car and when we are walking, even if it’s across a parking lot. We even hold hands when we are asleep! More than once some younger person has told us that it’s nice to see an “old couple” holding hands. So what’s the secret that helps newlyweds become oldyweds?

In our case, I think one thing it is the fact that not only do we love each other, but we also like each other. We truly enjoy being together. We communicate very well, we respect each other, we have absolutely no jealousy, we are proud of each other and celebrate our individual accomplishments, and we are very affectionate. We are constantly patting the other on the arm or leaning over at their desk to hug them as we pass by. And we tell each other “I love you” at least 20 times a day. In fact, it’s the very first thing we say when we wake up every morning and the last thing we say as we fall asleep every night.

Happy anniversary, Terry. You have given me 20 amazing years of love and friendship and I look forward to many, many more. I love you.

Thought For The Day – The secret to a happy marriage is falling in love with the same person over and over again, day after day.