It’s a long way from where he held office in Washington, D.C., or from his humble beginnings in Kentucky and Illinois, to Redlands, California. But in this friendly city that is regarded as the “Jewel of the Inland Empire,” we discovered a memorial to one of America’s most beloved presidents.

Though Abraham Lincoln never visited California, the state’s gold helped to finance the Civil War, and he longed to go there and thank the miners and citizens personally for their efforts to help preserve the nation. A few weeks before he was assassinated Lincoln told a friend he wanted to go to California: “I have long desired to see California; the production of her gold mines has been a marvel to me, and her stand for the Union, and her loyal representatives have endeared your people to me… nothing would give me more pleasure than a visit to the Pacific shore, and to say in person to your citizens, ‘God bless you for your devotion to the Union.’” 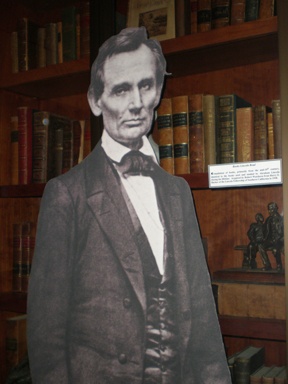 The Lincoln Memorial Shrine in Redlands is a beautiful, octagon-shaped building with two wings that was created by Robert Watchorn, a native of England who, like Abraham Lincoln, rose from a simple background to achieve great success. 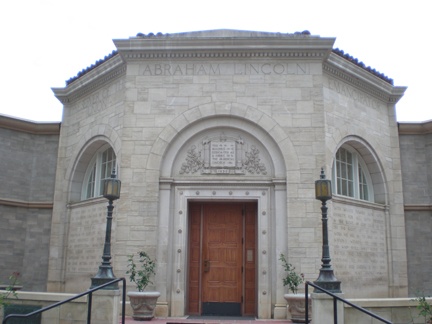 Born into poverty in 1858, Watchorn went to work in a coal mine at the age of 11 to help support his family. For over a decade he labored on eighteen hour shifts in dangerous conditions for the meager wage of 27 cents a day. Dreaming of a better life, Watchorn immigrated to America in 1880, where he found work in the coal mines of Pennsylvania.

As a new American citizen, the young man became fascinated with the dramatic story of Abraham Lincoln, seeing in the fallen president the personification of the “American dream;” the ability to improve your circumstances if you are willing to study hard, work diligently, and apply yourself.


Like Lincoln, Watchorn realized that education was the key to advancement. He organized a night school for miners and became involved in the early labor movement, being elected the first secretary of the United Mine Workers union. His efforts caught the attention of Pennsylvania’s governor, Robert Pattison, who appointed him the Inspector of Factories and Mines, in 1891. Among Watchorn’s achievements was successfully ending the scourge of child labor in the state.

In 1905, President Theodore Roosevelt appointed Watchorn Commissioner of Immigration at Ellis Island, in New York City’s harbor. In 1909, Watchorn joined the Union Oil Company as its treasurer, and soon amassed a fortune wildcatting for oil on his own, forming the Watchorn Oil and Gas Company. His wealth allowed Watchorn to pursue his dream of building a collection of books, artifacts, and manuscripts associated with Abraham Lincoln’s life and times. That collection was the basis of what would become the Lincoln Memorial Shrine. 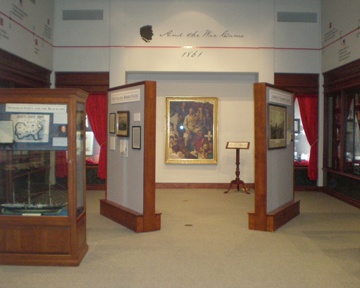 Construction started on the Shrine in 1932, using reinforced concrete faced with Indiana limestone plates, upon which are inscribed excerpts from Lincoln’s most famous speeches.

The Lincoln Shrine is the only memorial honoring the “Great Emancipator” west of the Mississippi River. The Shrine includes a small museum, a research library, and archives dedicated to Lincoln and the Civil War. 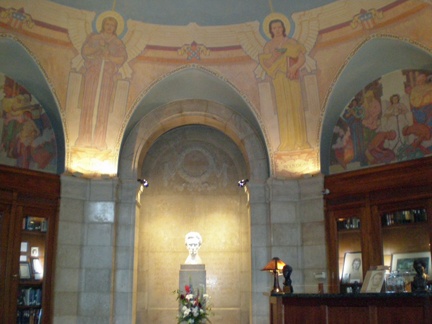 Exhibits include a cannonball from Fort Sumter, where the first shots of the Civil war were fired, weapons, Civil War surgical equipment, paintings, sculptures, books, and historic documents, and an interactive map of the Civil War. 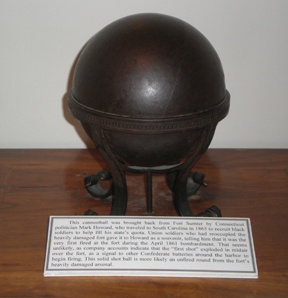 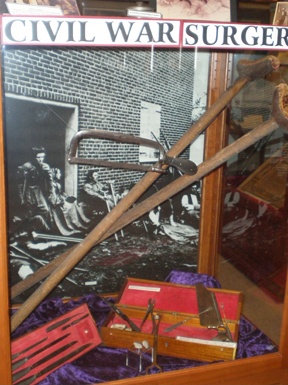 It would be easy to spend an entire afternoon at the Shrine, and true lovers of history could fill up an entire day, there is that much to see. We were there over two hours, and barely scratched the surface. I’m looking forward to going back someday when we have more time.

The Lincoln Memorial Shrine is located at 125 West Vine Street in Redlands, and is open Tuesday through Sunday from 1 p.m. to 5 p.m. The Shrine is closed on Mondays. Admission is free, and the building is handicapped accessible. Since the Shrine is located on a rather narrow street, it is best to leave your RV at a local campground and drive your tow vehicle. For more information, visit http://www.lincolnshrine.org/ or call (909) 798-7632.

Thought For The Day – You know you’ve grown up when none of the things you want for Christmas can be bought at a store.

One Response to “Lincoln Memorial Shrine”