Nick's Blog » It Can Happen Anywhere

There was a long thread on the Living The RV Dream Facebook group last week about the dangers (or perceived dangers) of RVing in Mexico. Some people said it was a place they would never take their RVs because crime is out of control and the cops are just as crooked as the criminals, while others said that they have wintered and traveled all through Mexico for many years and never had a problem. Some people pointed out that parts of Mexico were probably safer than being in parts of Chicago, or Los Angeles, or New York.

We live in a manufactured home community in Edgewater, Florida, a small town on the central coast, located about halfway between Daytona Beach and Titusville. Overall, things are pretty mellow here, though like every town and city in America, we have drugs and problems. Anybody who tells you they live in a community that doesn’t is lying to you, or to themselves.

At 10:15 Friday night a car pulled into our driveway and a young, scruffy looking guy came to our door holding a pizza box in one hand down by his side, not flat like you normally would hold a pizza. He tried to open our locked door, then started knocking hard and saying “open the door”. I obviously didn’t open the door, but asked him what he wanted and he just kept saying “open the door”. I told him to go away, then he asked for someone named Brandy or Randy. I told him there was nobody here with that name and he left. But a few minutes he was back, parked out in front. I called the Sheriff’s office to report suspicious activity and they sent a deputy out, but he was gone by the time they got here.


Then, at 11:30, just as we turned off the lights in the front of the house, someone came back and started pounding hard on the door demanding to be let in. In fact, he was pounding so hard that when I first heard it I thought Terry had fallen and went to check on her. When I realized what was happening, I told him to leave and that I had called the Sheriff’s office. He kept pounding on the door, enough to shake the whole house it seemed like. I told him to leave again and let him know that I had a gun pointed at the door and I would shoot him if he tried to come in. He left, and a few minutes later a deputy arrived, but couldn’t find anybody. Needless to say, we had a tense night.

I think it was somebody who was stoned and had the wrong house, but I don’t know for sure, and I damn sure wasn’t opening the door to find out. What I do know is that there is a reason I keep my doors locked and my guns loaded.

You might go years, even your whole life, without ever having something like this happen to you. Or it can happen tomorrow. And lightning can strike twice in the same place. We had an attempted home invasion years ago when we lived in a small town in Arizona. I believed then, and still do today, that it was in retaliation to my activities publishing the local newspaper and exposing ongoing corruption at the county level, since there had been threats of violence made against me. And several years ago we returned to our Winnebago, parked at a repair shop in Elkhart, Indiana, to find an armed burglar inside our motorhome. I wrote about that in my blog post A Violent Encounter.

Don’t live in fear, folks but at the same time, don’t be foolish. Because wherever you are and whatever you’re doing, it can happen anywhere.


Today is your last chance to enter our Free Drawing for an audiobook on CD of The Ghost of Marlow House  the first book in my pal Bobbi Holmes’ excellent Haunting Danielle mystery series about a woman who inherits a house on the Oregon Coast that she intends to turn into a bed and breakfast, only to discover that one of the house’s previous owners is still in residence, even though he’s been dead for almost ninety years. Bobbi is a great storyteller, and you won’t get past the first chapter without knowing why her series has so many fans. To enter, all you have to do is click on this Free Drawing link or the tab at the top of this page and enter your name (first and last) in the comments section at the bottom of that page (not this one). Only one entry per person per drawing please, and you must enter with your real name. To prevent spam or multiple entries, the names of cartoon or movie characters are not allowed. The winner will be drawn this evening. 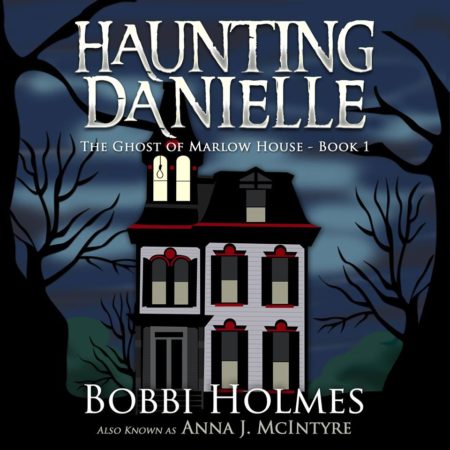 Thought For The Day – Never worry about the size of your Christmas tree. In the eyes of children, they are all 30 feet tall.

6 Responses to “It Can Happen Anywhere”