Note: This story is from the January-February, 2011 issue of the Gypsy Journal.

On a narrow two lane back road in Gloucester County, Virginia, we discovered the tiny cottage in which one of the most famous medical doctors of all time was born and spent his earliest days. A small sign and historical plaque were all that marked the home. It seemed a modest tribute to such a great man. 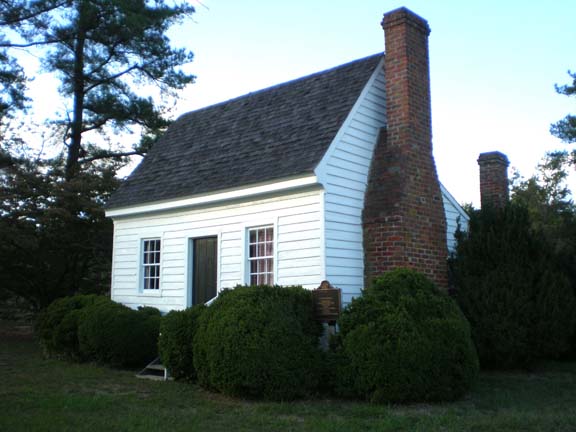 Walter Reed was born in this house on September 13, 1851, the youngest of five children of Reverend Lemuel Sutton Reed and Pharaba White Reed. The house was the parsonage for the local Methodist congregation, of which the elder Reed was minister.

During Walter’s childhood, the family moved around Virginia to other parishes, and in 1866, they settled in Charlottesville. A year later, Walter Reed enrolled in the University of Virginia, at age sixteen, to study medicine, emerging with an M.D. degree on July 1, 1869, making him the youngest graduate to date in the medical school’s history.

Young Doctor Reed then enrolled at Bellevue Hospital Medical College in New York, where he earned a second M.D. degree in 1870. Reed interned at hospitals in New York City, including the Infants’ Hospital on Randall’s Island, and the Brooklyn City Hospital. In 1873, he was appointed to the position of assistant sanitary officer for the Brooklyn Board of Health.

Dealing with the many diverse immigrant communities living in crowded tenement housing was an education in itself, introducing the young doctor to medical cases and diseases that most doctors might never see in an entire career. This experience convinced Reed of the need for public health programs, which he promoted for the rest of his career.

Reed grew weary of the busy lifestyle of New York, where as he wrote in a letter to his fiancée, “the ever bustling day is crowded into the busy night; nor can we draw the line of separation between the two.” He also realized that even though he was a gifted doctor with a lot of experience gained in a short time, his youth was a barrier to establishing his own successful practice. People just did not place much faith in a doctor as young as him.


Reed joined the Army Medical Corps in 1875 and was assigned to the military base on Willet’s Point, in New York Harbor. On April 25, 1876, he married Emilie Lawrence of Murfreesboro, North Carolina, and immediately after was assigned to a post in the Arizona Territory. His new bride joined him a few months later, and the couple’s two children were born at frontier Army posts. 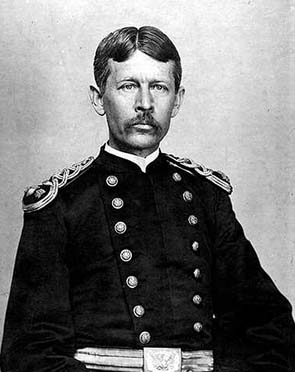 Reed served with the Army Medical Corps throughout the Indian Wars of the 1870s into the 1890s at different posts in the West, often under difficult and dangerous conditions.

Doctor Reed had a deep interest in diseases that killed huge numbers of people, including cholera, typhoid, malaria, smallpox, and yellow fever. In 1899, he was selected to head an Army board in Cuba, assigned to study tropical diseases including yellow fever. This work led to Doctor Reed’s greatest achievements; success in combating the deadly disease.

90,000 people in the United States had died of the disease, as had thousands of American soldiers serving in Cuba. Realizing that the people who treated yellow fever patients didn’t get the disease, Doctor Reed concluded that it wasn’t spread from person to person. He suspected that mosquitoes carried the disease, and using volunteer doctors and soldiers, he conducted experiments in which mosquitoes in test tubes bit men who had the disease, and then were allowed to bite men who didn’t have it. Many of the second group became ill, proving that mosquitoes did indeed spread the disease.


Doctor Reed recommended widespread spraying to eradicate mosquitoes, and yellow fever was conquered. His discoveries brought him accolades and fame. He was nominated for the position of Surgeon General, and was granted honorary degrees from Harvard and the University of Michigan.

Returning from Cuba in 1901, Reed continued to speak to medical conferences and publish articles on yellow fever. His work and discoveries saved the lives of untold numbers of people in the decades that followed.

Doctor Reed had long suffered from recurring bouts of gastro-intestinal discomfort, and in November, 1902, he assumed that the problem was returning when he became sick. However, this time it was something more; his appendix had ruptured and by the time he underwent surgery, it was too late. Peritonitis had set in, and Walter Reed died on November 23, 1902. Doctor Reed was buried at Arlington National Cemetery, and the Army’s Walter Reed Medical Center in Washington D.C. is named in honor of him. 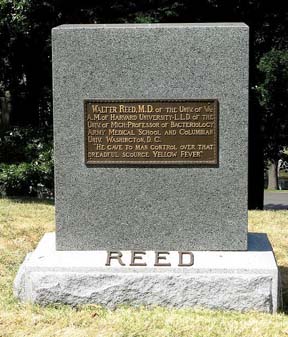 Congratulations Fred Croscut, winner of our drawing for an audiobook of Big Lake, my first novel and the first book in my Big Lake mystery series. This is the one that made the New York Times bestseller list and launched my career as a mystery author. We had 82 entries this time around. Stay tuned, a new contest starts soon.

Thought For The Day – The worst Christmas gift is a fruitcake. There is only one fruitcake in the entire world, and people keep sending it to each other. – Johnny Carson