In my mystery novel The Gecko In The Corner, a gecko has taken up residence in the bedroom of the main character, John Lee Quarrels, hanging out in a corner on the wall. John Lee wants to get rid of the lizard, but a lady friend tells him that they are good to have around because they eat bugs. John Lee replies that they are in Florida and there are always going to be bugs in the house, then adds that even if his unwanted roommate does eat all the bugs around, he’s still got a lizard in his house.

I kind of feel that way, because last night when I sat down in my office next to our bedroom to write today’s blog, there was a lizard on the wall. It went scurrying behind one of my bookcases, but even though he may be out of sight, I know he’s still there. And just like John Lee’s lady friend, Miss Terry tells me that they are good to have around to keep the bug population down. I’d prefer to rely on the magic of chemicals, if it’s all the same to you. Somebody call an exterminator!

Speaking of art, check out these three beautiful pictures that our dear friend Nancy Kissack sent me. Nancy is a very accomplished photographer and we’ve used at least one of her photos for the front-page picture in the Gypsy Journal. The picture on the left is of a field of flowers with a lighthouse in the background, and the other two are of the Astoria-Megler Bridge, which crosses the Columbia River from Astoria, Oregon to Washington, on the north side of the river. 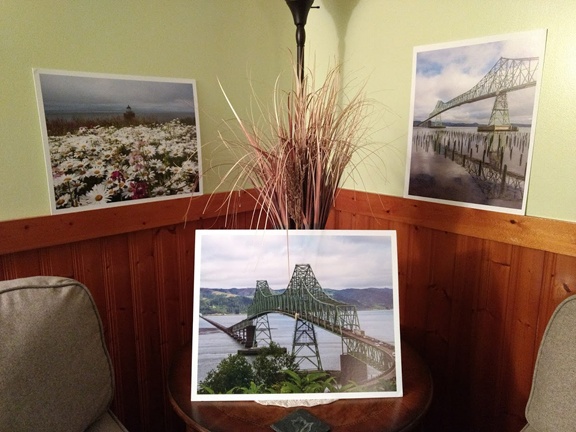 If you have been reading the blog for very long, you know that I have a terrible fear of driving over high bridges. When we come to them, Miss Terry takes the wheel and I try not to have a panic attack until we get over them and are safely on the other side. But even though driving across the bridge terrifies me, I also think it is beautiful and for some reason I can’t explain, I am drawn to it.

So while she was up in the Pacific Northwest last summer, Nancy took these photos and had them blown up to 16 x 20″ and printed, and sent them to me. Thank you, Nancy, I love them. I am going to have them framed and then they will hang in a prominent place here in the house.


I got a panicked email from a blog reader yesterday morning telling me that they had a leak in their fifth wheel’s gray water tank and can’t find anybody to work on it until after the Thanksgiving holiday. Terry and I had a similar problem a few years ago, except it was in our Winnebago’s black tank. My buddy Greg White told me to get some J-B Weld WaterWeld, which is a putty-like substance that is supposed to work even under water. 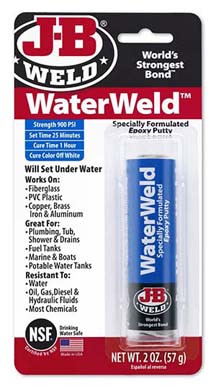 So I got some at WalMart and drained the holding tank. Terry followed the instructions and kneaded it between her fingers, then spread some over the hole and it worked as advertised, sealing the leak completely. We never had another problem with it. Since then, we’ve always kept some on hand. I suggested the folks with the fifth wheel try it, and sometime around 9 p.m. I got an email from them saying that it had done the trick and there was no more leaking. This is some handy stuff to have around the RV! Get it before you need it.


With Thanksgiving and all of the Black Friday sales almost here, how about a good mystery? What would you do if you braved the crowds of shoppers on Black Friday and suddenly your whole world had changed? Read Black Friday and find out how a simple shopping trip changed one man’s life forever. 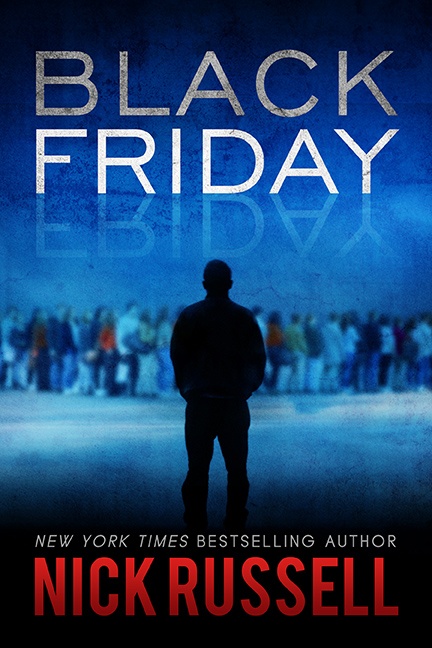 Several people told me how much they enjoyed the funny sign I included in the blog a few days ago, and asked when I was going to have another one. So here you go. Is this one of the best yard sale signs ever, or what? 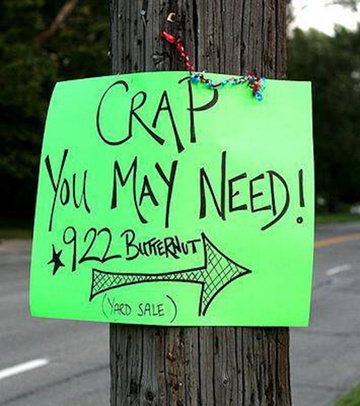 Thought For The Day – Nothing in the world is more dangerous than sincere ignorance and conscientious stupidity. – Martin Luther King, Jr.