In yesterday’s blog I told you about coming home to the aftermath of Hurricane Irma, spending time in our Winnebago motorhome while we waited for the power to be restored, and showed you some photos of the damage in our little subdivision here on the Intercoastal Waterway in central Florida. Today we’re going to do some time traveling and go back to when we left ahead of the hurricane’s arrival and some of what we did while we were gone.


We had already planned to leave on Saturday, the 9th, so we could be in Tuscaloosa, Alabama for our daughter-in-law Geli’s surgical procedure on the 11th. But when we heard about the hurricane we decided to take off two days early to try to avoid the gridlock of the evacuation.

I’m glad we didn’t wait any longer than we did because Interstate 95 was very busy and we had stop and go traffic all the way north to Jacksonville. Normally the 125 mile drive from our house to the junction with Interstate 10 takes us about two hours, but this time around it was over 3 1/2. 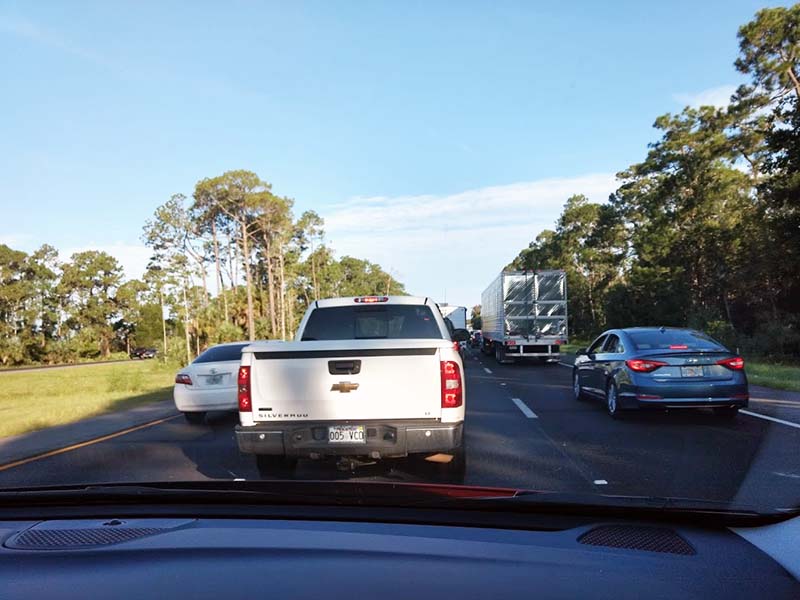 Figuring that Interstate10 would be just as bad, we got onto US Highway 1 on the north side of Jacksonville, took it into Georgia and then followed it all the way to Waycross, where we hooked up with US Highway 82 and took it northwest across the state. Eventually we got onto US Highway 280, which we took all the way to Birmingham, Alabama. Most of the route was nice divided four lane highway with very little traffic. Much better than dealing with the crowded Interstate highways.

It was a 550 mile trip that took us almost twelve hours and we were exhausted when we got there. But we were glad to have a room, because most places anywhere south of Chattanooga were filled with hurricane evacuees.


We spent three nights at a Holiday Inn Express in Birmingham because Tuscaloosa was full of football fans in town for a University of Alabama game and there were no rooms available anywhere in town. The Holiday Inn was very nice and the staff was exceptional. In fact, when the television in the first room they gave us didn’t work, they upgraded us to a two room suite for the same price. Very nice!

The folks at Holiday Inn also seem to have a good sense of humor, as this brochure on selecting the best pillow shows. Do you like kittens? 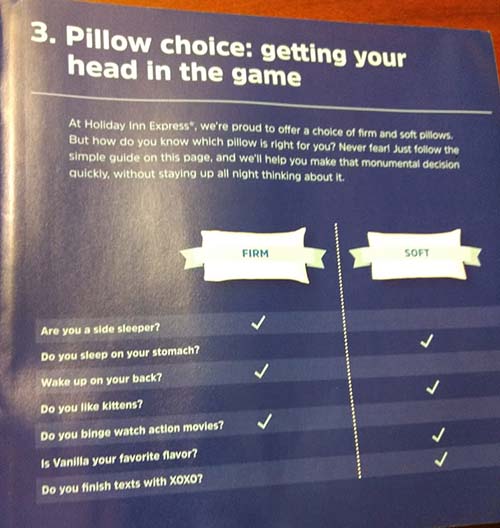 While we were killing time in Birmingham, we discovered the Sloss Furnaces National Historic Landmark. Birmingham was not an antebellum city, it was founded in 1871 during the Reconstruction period following the Civil War when it was discovered that all of the ingredients necessary to make iron were available locally. At one time it was called the Pittsburgh of the South because so much iron and steel were produced there. 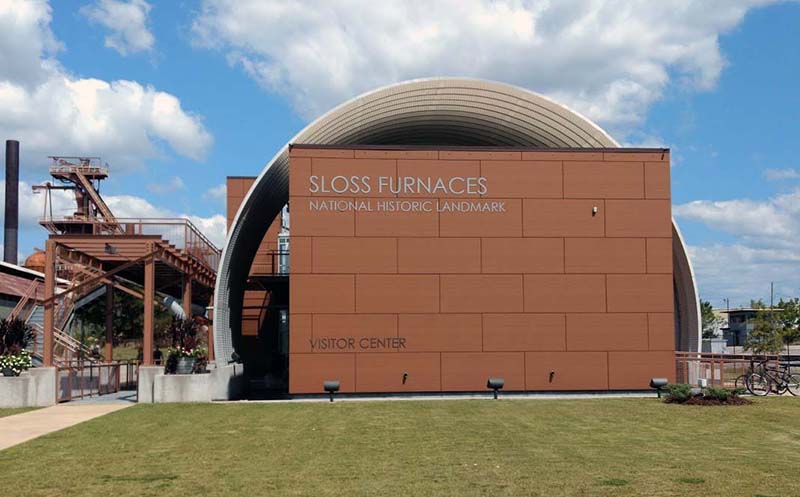 A docent gave us an excellent tour of the old steel mill, explaining how everything worked and how important it was to the economic growth of the state. At one time these giant smokestacks were working 24 hours a day, seven days a week, nonstop. I will have a story about Sloss in the next issue of the Gypsy Journal. 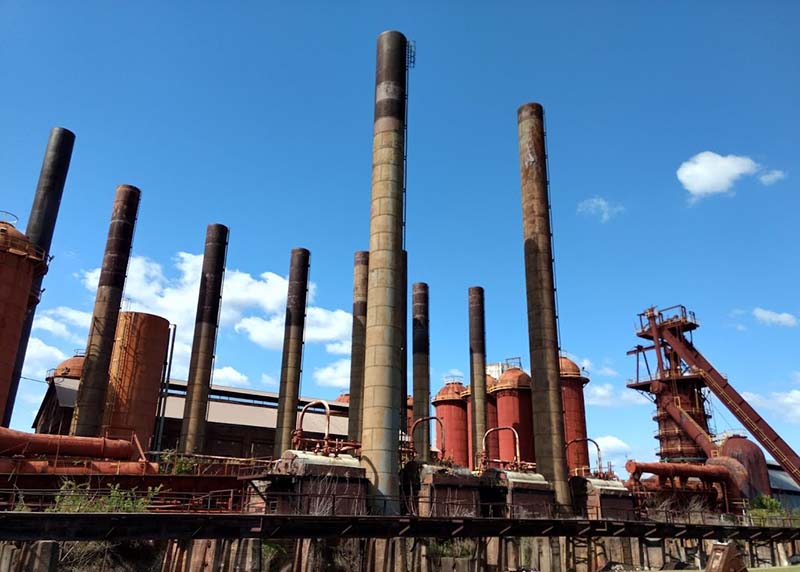 On Sunday, the 10th, we moved 60 miles to a Hampton Inn in Tuscaloosa, which was only a couple of miles from my son Travis’ house. Our room there was also nice, though not as big as the suite at Holiday Inn. But the fact that they had free freshly baked hot cookies and milk in the lobby every evening more than made up for that.

The next morning we were up at 3:15 AM to pick up Travis and Geli and go to the hospital in Birmingham for her procedure. Everything went fine, her prognosis is excellent, and she’s on her way to making a full recovery.

As I said above, we woke up at 3:15 AM that day, which is not much later than when we normally fall asleep. But Terry and I have been trying to change our sleeping patterns, getting to bed earlier at night and getting up earlier in the morning. So for the last couple weeks we have been up by 7:30 or 8 AM. There sure is a lot more daylight when you get up that early!

Speaking of which, it’s almost midnight now and I’m going to cut this off here so we can hit the sack. Tomorrow I will tell you about hanging out with the kids in Tuscaloosa, a bit of treasure hunting, and our trip back home to Florida.

Thought For The Day – If God wanted me to touch my toes, he would have put them on my knees.