Nick's Blog » So Much Has Changed

Any parent knows that we often don’t see the changes as our children grow up. But when we look back at old pictures we wonder how things changed so fast. Looking back over our 17+ years as fulltime RVers, I’m amazed at the changes we have seen. Most of them good, some not so good.


We started fulltiming in a 36 foot gas powered Class A motorhome with a tag axle and thought it was huge. Now they make 45 foot diesel coaches with two bathrooms!

Back when we started out, cell phone service wasn’t as widespread as it is now, and they still had things called payphones at campgrounds. You actually had to go to them and put coins in to call somebody! Primitive, right? Then technology changed and pretty soon everybody had flip phones that they carried in a little pouch on their belt. How can it possibly get better than this? But it did. Now we’ve all got smart phones in our back pocket that work just about any place in the country. But they are not just telephones, but also cameras and computers and e-book readers. Move over Dick Tracy! (If you don’t know who Dick Tracy was, just stop reading today’s blog and come back tomorrow. A lot of it won’t make sense to you.)

Speaking of computers, in our first couple of years on the road we had to lug our laptop up to the campground office and usually pay a dollar to plug into a phone line and download our email. Everybody standing in line behind us looked over her shoulder and said things like, “Isn’t that wonderful? His daughter is going to have a baby!” or maybe “Isn’t that so sad? His brother’s drinking again!” Then we got this marvelous thing called an Ace of Spades air card. It was about the size of a credit card but thicker, and you stuck it into a port on the side of a laptop. If Jesus loved you and the wind was out of the south, and you held your head just right, you could sometimes stay online for as much as five minutes at dial-up speeds. (Again, if you don’t know what dial-up speeds were, you’re too young to read today’s blog.)

Then came a time when everybody was buying huge and expensive rooftop mounted automatic satellite dishes for getting on the internet. 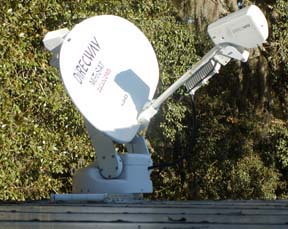 Unless you were an outlaw like me, in which case you had a tripod mounted satellite dish sitting on the ground, which you had to aim yourself. The folks who had the automatic dishes were all convinced that those were illegal and we heard all sorts of terrible stories that were the stuff of urban legends. Like the fellow who was walking in front of one with an ink pen in his pocket, and the death rays from the dish drove than pen right through his heart! Or that if you didn’t aim it properly you could knock an airliner out of the sky. And then there was the time that the Federal Communications Commission was supposedly driving through RV parks and RV rallies, not only confiscating the tripod dishes, but also the owner’s RVs, which they would not need anyway because they were taken right to federal prison in handcuffs. 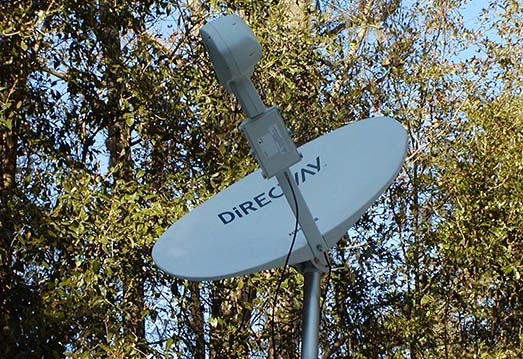 And now we all have air cards and hotspots and all kinds of fun things, and can cruise the internet no matter where we are. Well, at least as long as we can get a phone signal.


Does anybody remember paper maps? (If you don’t… just read the comments above, you silly kids.) When we got our first GPS, I didn’t trust the darned thing and we still used our Walmart road atlas just to be sure the GPS was telling us the truth. And more than once, it wasn’t. Now I have a built-in GPS in my minivan, and another one in my phone. And guess what? I still have a Walmart road atlas, because both of those darned GPS units lie to me from time to time!

Those are some of the good things. What are some of the bad? Well, the roads have gotten a lot worse, the quality of most RVs still sucks, some (but not all) RV salesmen will still tell you anything to get you to buy something, and there’s one other thing that I’m sure is going to offend some people, but echoes the comments I get from many others who have been out there a while. There are a whole lot of folks out on the road these days who packed an attitude with them when they left home. They are more demanding, they feel entitled to anything and everything, and if you object to their dogs leaving a mess that they don’t clean up or to their kids running through your site, they think you’re just a grouchy old fart. They want campgrounds to furnish free high-speed internet, 50 amp full hookup pull-through sites, heated swimming pools, hot tubs, and a hundred other amenities, but they only want to pay $15 a night for them. These people are not in the majority. At least not yet. Most RVers are still wonderful people. But any campground owner or workamper or RVer with some miles behind him or her will tell you that there seems to be more and more of them every year.

Given all that, it was still a wonderful lifestyle for us, and remains so for many people. Get out there and enjoy it.

Several blog readers have asked where they can find pictures and information on the 2002 Winnebago Ultimate Advantage motorhome we are selling. I have set up a page for it, with lots of info and photos. You can access it here at this Motorhome For Sale link. 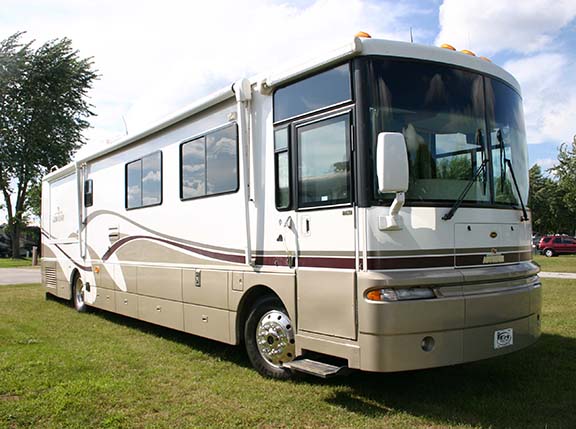 So far we have had almost 50 entries in our latest Free Drawing. This week’s prize is an audiobook of Coast to Coast With a Cat and a Ghost, RVing author Judy Howard’s autobiographical story of her road trip across country after the death of her loving, yet at times abusive, husband. Several years ago, back when she was fairly new to RVing and to writing, we met Judy at one of our Gypsy Journal rallies. I gave her a few words of encouragement and advice, and she took them to heart. Since then she has made quite a name for herself, putting out several more books, and now doing seminars on writing and self-publishing at RV rallies across the country. To enter, all you have to do is click on this Free Drawing link or the tab at the top of this page and enter your name in the comments section at the bottom of that page (not this one). Only one entry per person per drawing please, and you must enter with your real name. To prevent spam or multiple entries, the names of cartoon or movie characters are not allowed. The winner will be drawn Sunday evening. 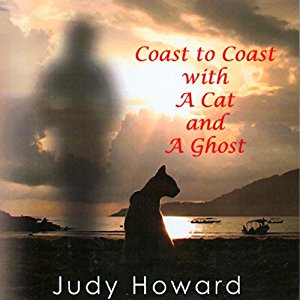 Thought For The Day – I can’t believe how old people my age are.

8 Responses to “So Much Has Changed”