Anybody who knows me, or who has ever read this blog or the Gypsy Journal for very long knows that I am about the most un-handy man in the world. Seriously, if you ever see me with a tool in my hand, take it away quickly and scold me before I get into trouble. Because left to my own devices, I’m going to screw something up or hurt myself. Or both.


This is no joke. When I was 16 years old and had my first car, I decided to change the spark plugs and put new plug wires on it. I actually got the old plugs out and the new ones in with a minimum of damage. But when I started to put the new wires on, none of them fit right. I compared them to the old ones, and the different lengths were the same, but I couldn’t figure out which wires went where.

After a day of staring at things and not getting anywhere, I reluctantly asked my dad and my older brother for help. That’s when I learned that cars in those days had something called a firing order, and the correct wires had to be in the correct places in the distributor cap, and then routed to the right sparkplug. I didn’t know this, because I had just taken all of the old plug wires off at once in my eagerness to do the job. Once my dad and brother Jack got things put together right, my dad told me there are guys who fix things, and there are guys who pay people to fix things, and there was no question in his mind that I needed to figure out a way to earn a lot of money in my life, because I was one of the guys who was going to be paying to have a lot of work done.

Fast-forward about 25 years, and I had apparently forgotten my old man’s advice. I was living in the White Mountains of northern Arizona and I decided that I should probably change the thermostats in my three vehicles before winter hit. I’d seen people do that job many times. You loosen two bolts, you take the little gizmo that the upper radiator hose goes into off, you take out the old thermostat, clean off the old gasket material, put some Permabond on a new gasket, put it and the new thermostat in, and replace the two bolts. What could go wrong?

Well, in my case, you could lose one of the bolts for the pickup truck, you could strip the threads tightening up a bolt in the minivan, and you could break one of the bolt heads off in the car. That’s right, my friends, in not much more than an hour’s time I broke three perfectly good vehicles! What do you do in a situation like that? You call your mechanic, like your wife and your secretary both told you to do in the first place.

Even if I knew how to fix things without destroying them, I have reached the stage in my life where I’m too old (okay, too lazy) to even attempt to do so anymore. That’s why when we bought our place here in Florida, one of the the first things I did was get recommendations for a good local garage to take care of my automotive repairs.

About a week ago our 2005 Ford Explorer started idling and running really rough between about 1200 and 2000 RPMs. Once you got over 2000 it smoothed out and had plenty of power. I had just filled the gas tank the day before, so I thought maybe I got some bad gas. I stopped at the O’Reilly Auto Parts in Edgewater and bought some gas treatment, and also asked them to plug their meter into the port under the dashboard and look for any fault codes.

When he did, the counterman said it showed a pending fault code for some kind of idle adjustment, and recommended I see my mechanic if the gas treatment didn’t do any good. Back at home, I started to put the gas treatment in the tank and when I opened the door over the gas cap, I discovered that the cap was missing. I’m still not sure how that happened, because the cap was connected to the filler tube of the tank by a plastic ring that encircled the opening of the tube. If the plastic had broken, the ring still should have been in place, but it wasn’t. So I went back to O’Reilly’s and bought a replacement.

Over the next couple of days the rough idling and hesitation got worse so I decided I would have to call my mechanic this morning and make an appointment to get it checked out. Then, on Saturday, the Service Engine Soon light came on. We were driving by O’Reilly’s, so I stopped again and one of the men behind the counter plugged his meter into the data port again, and this time the message was that there was a misfire on cylinder eight.

“It’s probably the coil for that cylinder,” he told me. I didn’t even know that in modern cars, each cylinder has its own coil, instead of the single main coil that the cars I drove as a teenager did. He showed me where the coil was and said, “It’s an easy fix, I’ll loan you the tools you’ll need and you can do it right here in the parking lot.” Obviously this kid did not know me or my history, did he?”

He must have seen my deer in the headlights look, because he just laughed and shook his head, and told me to hang on a minute. He looked up the replacement coil, brought it out with some tools, and in just a few minutes he had replaced it. Then he put his meter back into the data port, cleared the fault code, and we were done. The Explorer was running great again. Wow! That looked easy. I bet I could do that next… never mind. As a line from one of the old Clint Eastwood Dirty Harry movies went, “a man has to know his limitations.”

The replacement coil was $46, and I gave the young man $20 for his trouble, which is probably not much more than half of what a mechanic would have charged just to troubleshoot the problem, before they ever started to fix anything. So I saved money, and hopefully the nice young man at O’Reillys was able to buy a pizza and a six pack for dinner.


Several blog readers have asked where they can find pictures and information on the 2002 Winnebago Ultimate Advantage motorhome we are selling. I have set up a page for it, with lots of info and photos. You can access it here at this Motorhome For Sale link. 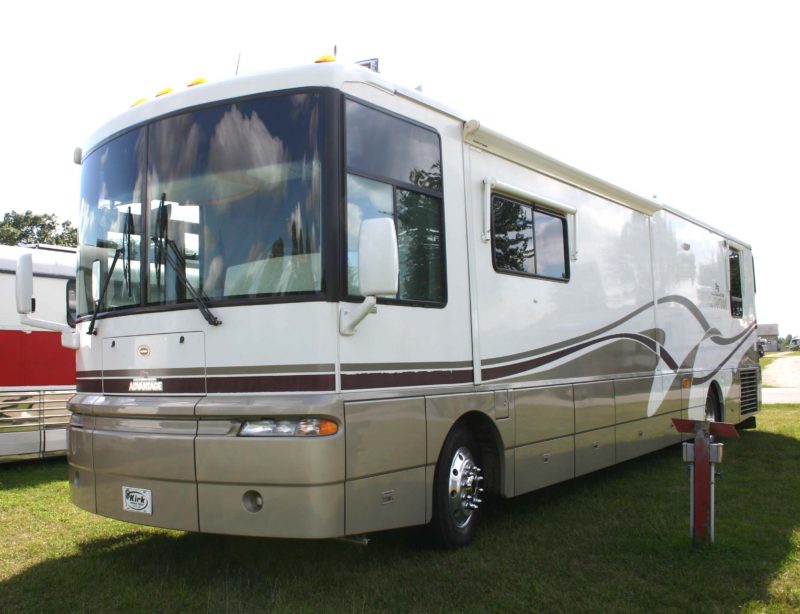 Congratulations Tim Purdon, winner of our drawing for an audiobook of Crazy Days In Big Lake, book 3 in my Big Lake mystery series. We had 79 entries this time around. Stay tuned, a new contest starts soon.

Thought For The Day – If you heard me shoot, I wasn’t aiming at you.

4 Responses to “Saved Some Money”