Nick's Blog » We Said We Wouldn’t

After our crazy three day 2150 mile trip from our home in Florida to Arizona following my daughter’s heart attack, we said we wouldn’t push so hard on the trip back home. Yeah, Nick, how’s that working for you?

With Tiffany home and making an amazing recovery thanks to the defibulator she had implanted, as well as the hundreds of prayers that people all over the country sent up for her (and for which we are all eternally grateful), we got news that our daughter-in-law Geli is facing her own potentially serious health issues. So, once we knew Tiffany was okay we headed for Alabama to be with Travis and Geli.

After a quick stop in Tucson to check up on my cousin Beverly, we took Interstate 10 east into New Mexico, making good time. We passed Steins ghost town, and thought of our friend Larry Link, who owned it with his wife and was slowly bringing the old settlement back to life as a tourist attraction. Some low life SOB murdered Larry there a few years ago, a crime that remains unsolved.

Coming into Las Cruces, Terry took a picture of the dramatic mountains that tower over the city. 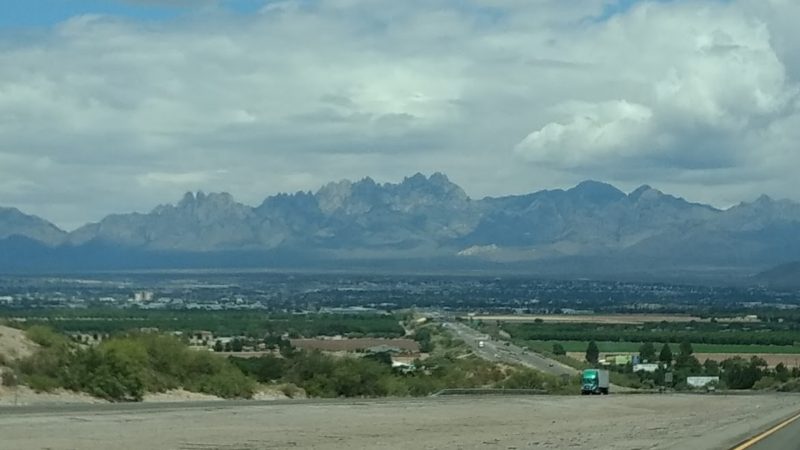 We hate driving through El Paso, so we usually take the 375 Loop around the east side of town. But this time, instead of taking the bypass all the way, we left it at US Highway 180 and followed it 88 miles east, passing the salt deposits near the base of the Guadalupe Mountains that caused a small war back in the late 1800s. 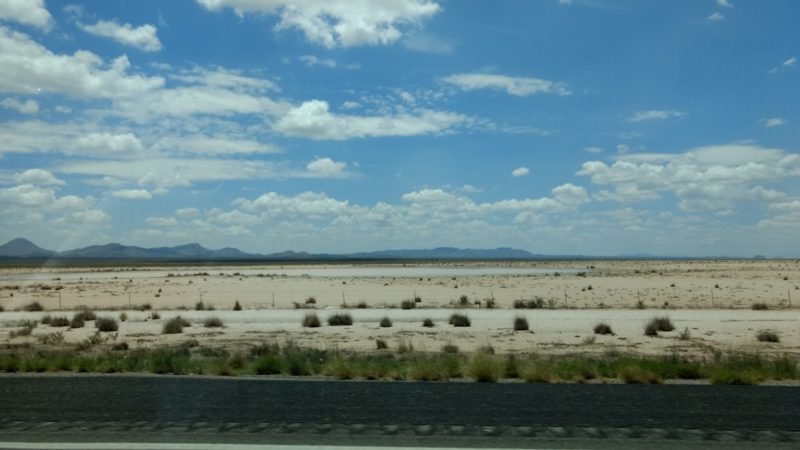 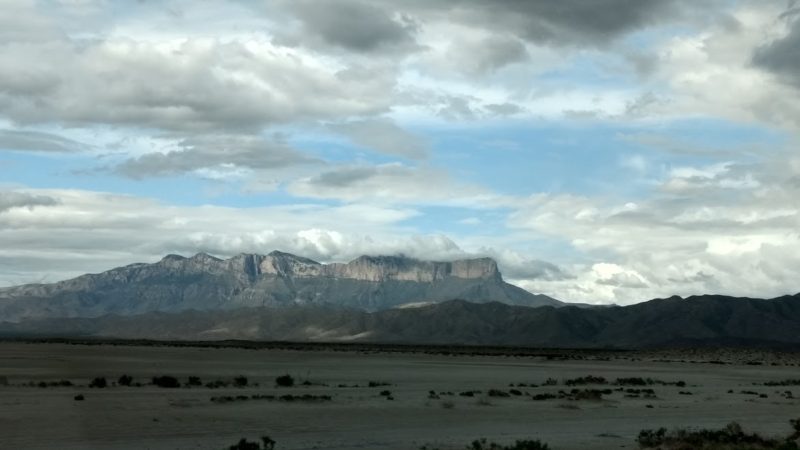 Turning south on State Route 54, it was another 55 miles to Van Horn, where we rejoined Interstate 10. This route is a little longer, but it’s all nice two lane roads though some beautiful desert scenery. 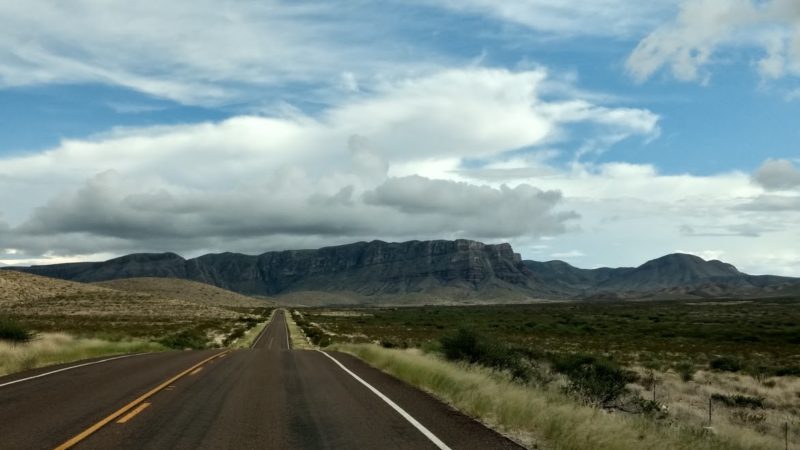 Along the way we ran into a short rain squall and Terry took this awesome photo of the clouds and mountains. 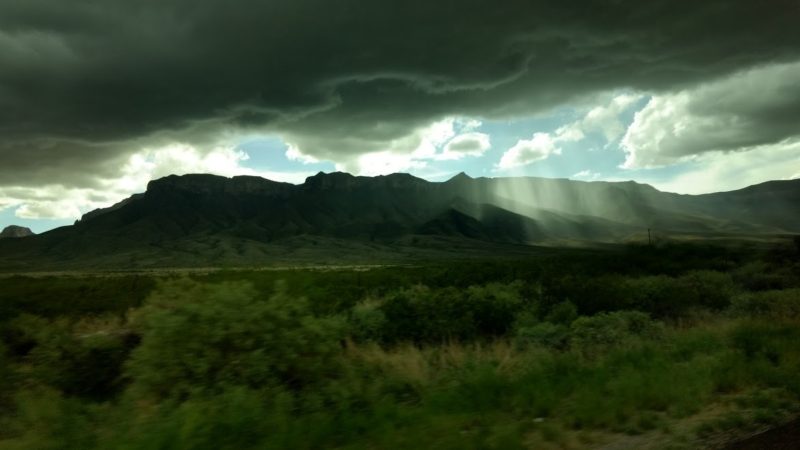 We had planned to do the 1500 mile trip from Tucson to Tuscaloosa in 500 mile increments, which is too much in an RV, but easily manageable in a van. That would have put us in Pecos the first night. But I forgot that Pecos is in the middle of the oil patch, with drilling rigs and equipment everywhere. 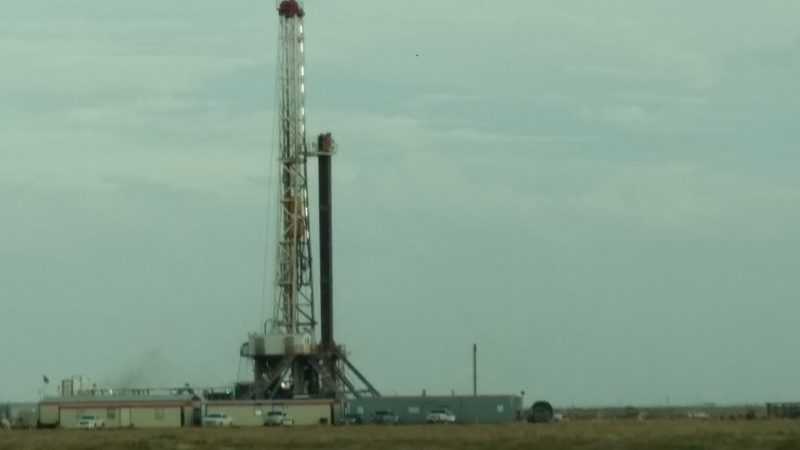 It seems that the local businesses are doing everything they can to make a fortune off the oil field workers before the boom goes bust. Every hotel we checked was $180 or up. I don’t like Pecos enough to spend that kind of money just to sleep overnight. If you’ve ever been to Pecos, I think you’ll agree.

So we pushed on another 165 miles to Odessa, where the prices were about half of what they were demanding in Pecos. All told, it was a 647 mile day, and we were worn out all over again. We reminded ourselves that we said we wouldn’t do that anymore. I think we need to write that on a Post It and stick it on the dashboard of the van. Really, we’re not going to. Uh huh.

Thought For The Day – I’m sorry, did I roll my eyes out loud?

16 Responses to “We Said We Wouldn’t”