Thank you all for your prayers and concern in the last few weeks. It was a very rough trip in many ways. My daughter Tiffany is home and doing well after having a defibulator implanted. She coded twice and the nurses told us they were sure they were going to lose her, but they got her back both times. And no long term damage from loss of oxygen, which was another concern. Once Tiffany was home and stable we had to haul butt from Arizona all the way back to Alabama because my daughter-in-law Geli had a cancer scare. She had a biopsy Tuesday, and though the results are not back yet, the doctor said she is pretty sure things will be okay. Hopefully that’s enough drama for us for a while.


With this latest family medical issue handled, it was time for Miss Terry and I to go home. And we were really looking forward to it! My son Travis and Geli came by our hotel yesterday morning for a last round of goodbye hugs, and then Miss Terry and I were on the road a little after 9 AM, headed for Florida.

From Tuscaloosa we took US Highway 84 southeast. The first part of the highway was a nice divided four lane road, then it narrowed down to two lanes, but it was still a good road. Passing through mile after mile of lush greenery, Terry and I both commented on how much we like that more than we do the barren deserts of the Southwest. 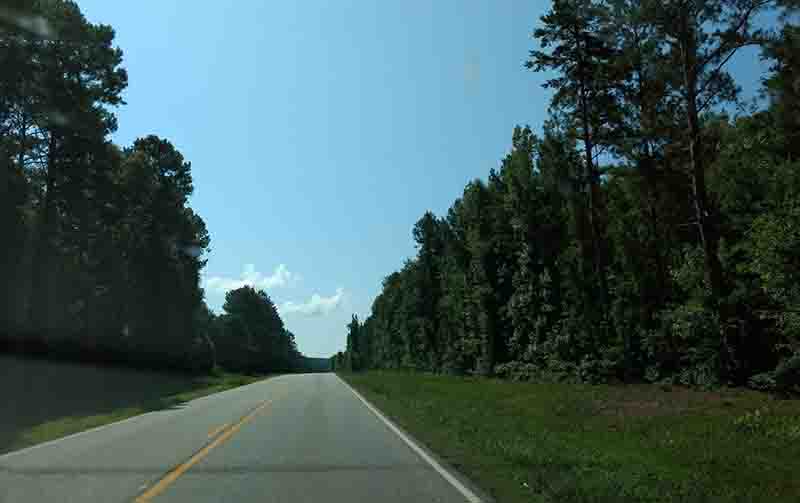 About 90 miles after we left Tuscaloosa we picked up US Highway 231 on the south side of the Montgomery metropolitan area and followed it south for another 95 miles to Dothan. This is a route we’ve taken many times in both directions in our motorhome, and before that in our MCI bus conversion. It’s an excellent divided four-lane highway, and usually we follow it all the way across the state line into Florida, where we hook up with Interstate 10.

But we are always looking for new places to explore, so this time we shook things up a bit. When we got to Dothan, we took US Highway 84 east into Georgia, passing through some very nice little towns. This was another good road, mostly divided highway, and easy traveling.

We love small towns, and made a note of several along the way that we want to return to. One of them probably won’t be the tiny town of Whigham, where we passed the Rattlesnake Roundup grounds. If you’re in this part of the country on the last Saturday in January, and if you aren’t as terrified of snakes as I am, stop and check it out. The Rattlesnake Roundup is 50 years old and attracts approximately 25,000 visitors every year. No, thank you, I have other plans that day every year for the rest of my life!

It was 140 miles to Valdosta, where we got onto Interstate 75 and followed it south about 40 miles to hook up with Interstate 10. From there it was east on 10 to the Jacksonville area, south on Interstate 295 for a short drive, and then it was a straight shot south on Interstate 95 and US 1 to Edgewater. We stopped a couple of places along the way for fuel and potty breaks, and with 590 miles and 11 hours behind us, we pulled into our driveway, worn out but very, very glad to be home.

The plan was to just haul some things we really needed into the house, check email, take our showers, and head to bed. But you know how plans work out. When I got in our Ford Explorer to back it out of the garage and pull the van inside, its battery was dead. Absolutely dead. Not a click, not a light, nothing. So first I had to put a charger on it and charge it up enough that it would start. So while the battery was charging we went ahead and emptied the Pacifica and carried everything inside and put it away. One less thing to do this morning. It’s a five year battery, and only two years old, so in the next day or two I’ll be heading over to Walmart to see about a replacement.


It’s Thursday, so it’s time for a new Free Drawing and we’ve got a great prize this week. My friend Al Hesselbart is donating an autographed copy of his brand new book RV Capital of the World: A Fun-filled Indiana History. It’s an interesting look at how the RV industry grew up in and around Elkhart, Indiana, where Al was the historian at the RV Museum for many years. To enter, all you have to do is click on this Free Drawing link or the tab at the top of this page and enter your name in the comments section at the bottom of that page (not this one). Only one entry per person per drawing please, and you must enter with your real name. To prevent spam or multiple entries, the names of cartoon or movie characters are not allowed. The winner will be drawn Sunday evening. 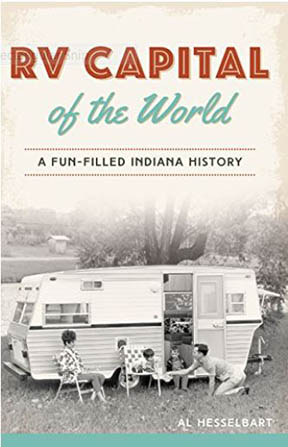