Nick's Blog » Of Course It Rained!

Remember that drought I told you Florida was going through? Remember how I told you that even though the rains have started to come, they always go north and south of us, leaving us in a dry window? Well, you can forget all of that. Yesterday was the time to start cleaning the motorhome and getting ready to move everything into it so we can take off on Friday, so of course, it rained! And I’m not just talking about a sprinkle or two, I’m talking about a real frog strangler. The kind of downpour that makes you want to break out the kayaks and take a paddle right there in the driveway.


And that wasn’t our only problem. Oh no, not by a long shot.

After hauling Terry’s Shark Rocket vacuum cleaner, a bucket, paper towels, and cleaning supplies up to the motorhome, I decided the first step should be to put the leveling jacks down and the slides out. So we carefully positioned the jack pads, extended the jacks to level the motorhome, and then I ran the living room slide out. Easy peasy.

The next step was to extend the bedroom slide. Not so easy peasy. I pushed the button to extend it, and nothing happened. No whirr of the motor, no hydraulic pump, nothing at all. Rut Roh! They say silence is golden, but not in a situation like this.

We checked all of the circuit breakers, no problem there. Then we unplugged the wiring from the back of the switch and sprayed Strike Hold on the switch and into the wiring plug. Strike Hold is amazing stuff and I’ve sung its praises before because it seems like it can fix anything. Well, anything but this.

My next step was to dig out my voltmeter and test the plug for continuity (good) and to see if we were getting voltage through the wires to the plug. They both tested good, but just to be sure I was doing it right, I called Greg White and had him talk me through it a second time. Everything looked good there.

There are six wires going into the plug, and only one of them had 12 volts on it, the rest had .75 volts. It’s a simple double pole, double throw switch, so I put one wire into the 12 volt lug and tried the others one at a time. On one of them the motor came to life and the room extended outward about six inches, then stopped. And from there I couldn’t get it to move out or in any more and couldn’t get the motor to work again at all. I tested again to make sure we still had power, and we did.

I called Greg again to see if he had any ideas and he suggested I call Winnebago in Forest City, Iowa. They have been helpful in the past, so I called their customer support line. After giving the tech I talked to the year, model, and serial number on our unit, he put me on hold for a while, then came back and said that there are six solenoids underneath the motorhome on the hydraulic system motor. One each raises and lowers the hydraulic jacks, two more extend and retract the living room slide, and the last two extend and retract the bedroom slide. He suggested I get underneath the rig, figure out which solenoid was which (since he had no idea himself), and try to jump the wires across the one for the bedroom slide and see if that did any good.

Of course, it was still pouring rain, so I had to make notes to do that later. And it rained clear into the evening, so later didn’t come.

Miss Terry finished vacuuming the motorhome and doing some cleaning in it, then made a delicious dinner of broiled Royal Red shrimp basted with garlic butter and roasted baby Yukon potatoes, which took my mind off the problem for a little while. 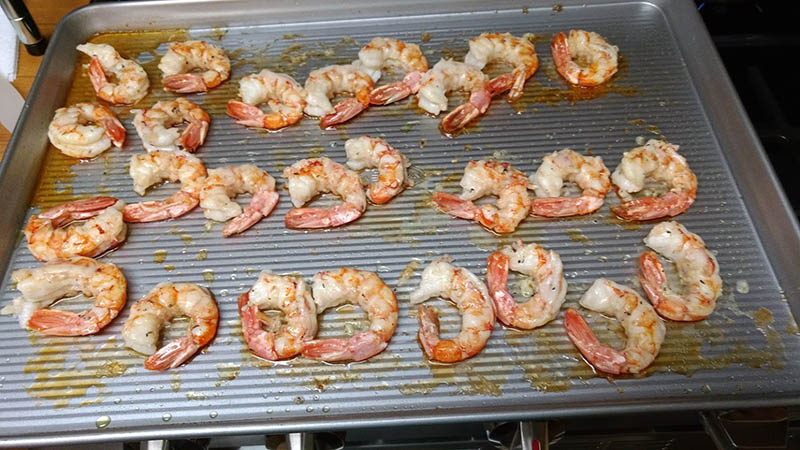 Later, while we were relaxing and watching TV, something kept nagging at my mind. Then it occurred to me that the Winnebago tech said there was not one, but two solenoids for the bedroom slide. So which one am I supposed to jump? Furthermore, one solenoid going out was a probability, but how probable is it that out of six different solenoids, two of them would go out at the same time, and they would both be for the bedroom slide? I mean, anything’s possible, but what are the odds of that? So maybe I’m back to square one, I don’t know.


Hopefully it will stay dry long enough today that I can get under the rig and see if I can figure something else out. But since I really don’t know what I’m looking for, I may just crawl under there and take a nap. No, I guess I better not do that. With only a couple of days to go before we are supposed to be traveling, this could be a problem. With the slide sticking out partway and me unable to get it back in, we can’t even drive someplace to get it fixed. Any suggestions, readers?

UPDATE: Whatever was causing the problem seems to have resolved itself. This morning the slide room is working fine.

Thought For The Day – Practice safe eating – always use condiments.

7 Responses to “Of Course It Rained!”