Note: This story is from the November-December, 2011 issue of the Gypsy Journal.

The wild Dakota Territory left a mark on the young Theodore Roosevelt, who would become the 26th President of the United States, and there is no doubt that the man left his own mark on the land.


Roosevelt, a lifelong outdoorsman, came to Dakota Territory to hunt buffalo, and developed an interest in cattle ranching in the badlands. He acquired land and a herd of cattle, and had the Maltese Cross Cabin built. Although his original investment of $14,000 was more than his annual salary as a New York State Assemblyman, Roosevelt said it was a small price to pay for the freedom he found in the Dakotas. 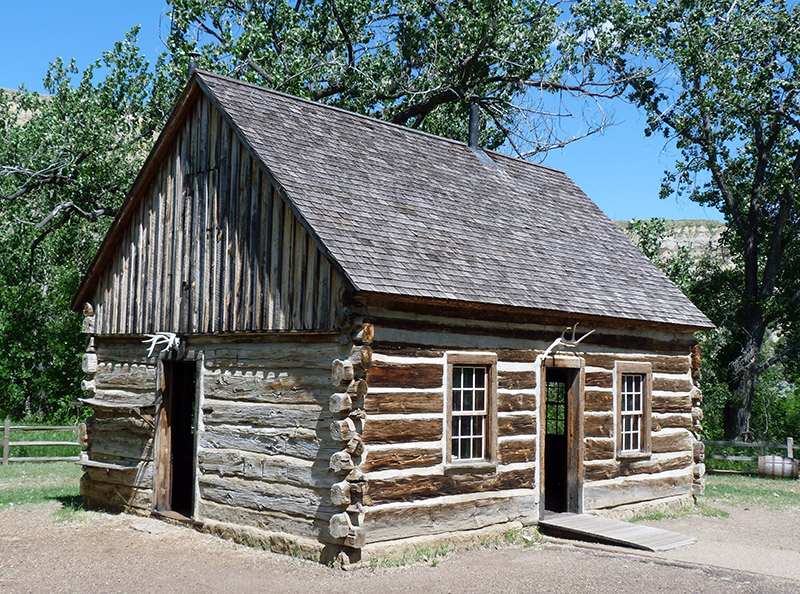 After his wife and mother both died within hours of each other on Valentine’s Day in 1884, Roosevelt returned to the Maltese Cross Cabin and threw himself into his ranching operation and hunting expeditions in the region. It was good therapy, and helped him deal with his grief.

As a young man his physical health and poor eyesight caused him problems over the years, but working on the ranch helped him develop into a barrel-chested man with incredible stamina.

Roosevelt was not a man to trifle with. He took on corruption in New York City as an Assemblyman, and earned a reputation as a fearless man while in the Dakota Territory. When a local man jailed on murder charges sent him a threatening letter, Roosevelt wrote back “Most emphatically I am not your enemy; if I were you would know it…” 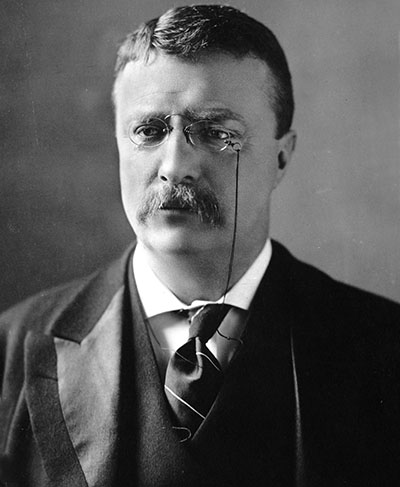 On another occasion thieves stole his boat, and Roosevelt pursued them for several days down the ice-clogged Little Missouri River in a makeshift boat, capturing all three and marching them to the sheriff in Dickinson, where he collected a $50 reward.

Though he loved his cattle operation in the badlands, Roosevelt was a conservationist and realized that overgrazing could destroy the fragile ecosystem. When a disastrous winter wiped out most of the cattle operations in the Dakota Territory, Roosevelt decided not to rebuild.

Roosevelt went on to win fame as the leader of the Rough Riders during the Spanish American-War, and eventually into the White House, where he was just as fearless and forceful in his role as President.

After Roosevelt died, on January 6, 1919, a movement was launched to establish a memorial in his honor. And what better memorial could there be than to preserve a portion of the Dakota badlands that he loved so much? This lead to the formation of Theodore Roosevelt National Park, which covers 110 square miles in western North Dakota, in three separate areas. 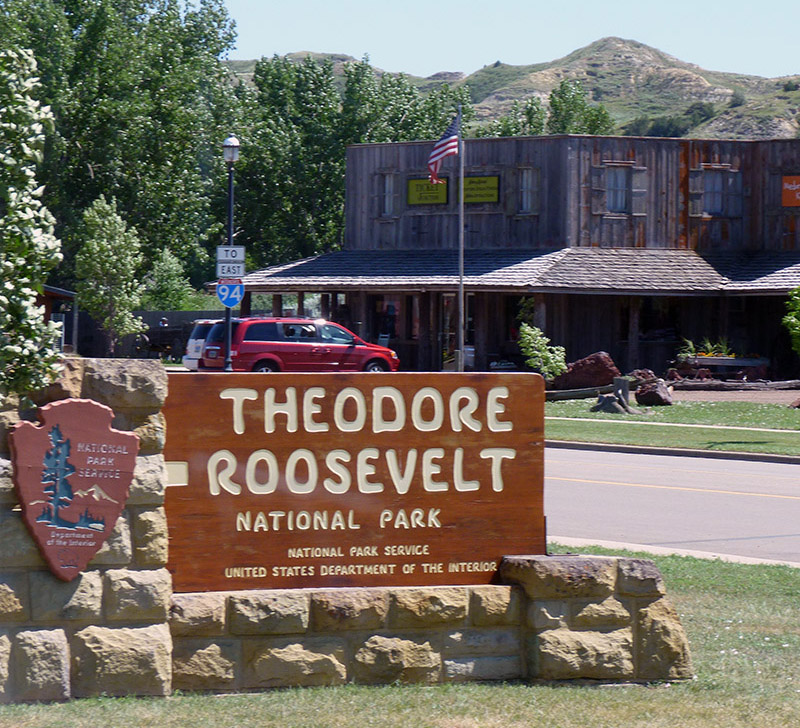 The South Unit, which is located near Interstate 94, is the largest of the three. The Visitor Center in Medora has a museum with artifacts on Theodore Roosevelt’s ranching days and the Maltese Cross Cabin.

The smaller North Unit is 80 miles to the north of the South Unit, near Watford City. Roosevelt’s Elkhorn Ranch is located between the North and South units. The Little Missouri River flows through all three units of the park, which are connected by the Maah Daah Hey Trail.

Visitors to the park today can experience the badlands in many of the same ways Roosevelt did in his time here, for the landscape is preserved as Roosevelt would have seen it. Both main units of the park have scenic drives, approximately 100 miles of hiking and horse trails, wildlife viewing, and opportunities for backcountry hiking and camping. There are three developed campgrounds; Juniper Campground in the North Unit, Cottonwood Campground and the Roundup Group Horse Campground, both in the South Unit. 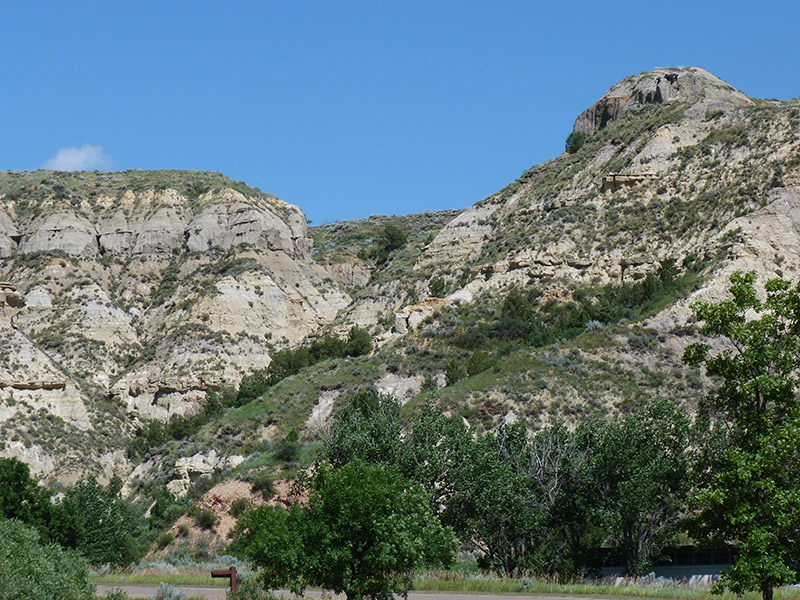 Rangers at the park give guided tours of the Maltese Cross Cabin, lead visitors on walks through the nearby badlands, and host campfire programs on summer evenings. Trail rides and children’s activities can also be arranged at the park.

A good place to start a visit to Theodore Roosevelt National Park is at the South Unit in Medora, North Dakota, just off Interstate 94, Exits 24 and 27. Medora is 133 miles west of Bismarck, North Dakota and 27 miles east of the Montana state line.

The South Unit Visitor Center is open daily from 8 a.m. to 4:30 p.m., with extended hours during the summer. The Visitor Center is closed Thanksgiving Day, Christmas Day, and New Year’s Day. The parking lot at the Visitor Center can accommodate large RVs if it is not too busy. Otherwise, you can park in Medora, just outside the park’s boundary.

The Painted Canyon Visitor Center is located seven miles east of Medora, at Exit 32 on I-94. It is open daily April 1 to November 11, from 8:30 a.m. to 4:30 p.m. There are extended evening hours in summer, as staffing allows. A scenic overlook is accessible in winter, by foot.


The North Unit Visitor Center is ten miles south of Watford City, off U.S. Highway 85. It is open daily, from 8:00 a.m. to 6 p.m. in the summer, with shorter days in the winter, as staffing permits. The Visitor Center is closed Thanksgiving Day, Christmas Day, and New Year’s Day.

Entrance to the park is $10 per vehicle, and is valid for seven days. All National Parks passes are accepted. For more information on Theodore Roosevelt National Park, call (701) 623-4730.

Today is your last chance to enter our Free Drawing for a Kindle Paperwhite e-book reader, along with a $25 Amazon gift card. To enter, all you have to do is click on this Free Drawing link or the tab at the top of this page and enter your name in the comments section at the bottom of that page (not this one). Only one entry per person per drawing please, and you must enter with your real name. To prevent spam or multiple entries, the names of cartoon or movie characters are not allowed. The winner will be drawn this evening. 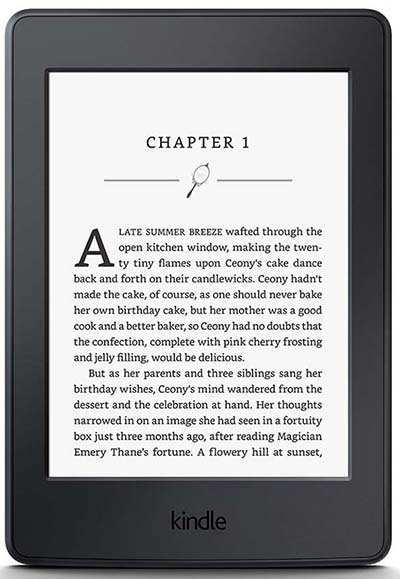 Thought For The Day – It’s what you learn after you know it all that counts.