Nick's Blog » Superman Has His Own Museum!

Note: This story first ran in the July-August 2006 edition of the Gypsy Journal.


In Metropolis, Illinois, which bills itself as the “official home” of comic book character Superman, we discovered a museum devoted exclusively to the Man of Steel. The SuperMuseum is home to the largest collection of Superman memorabilia in the world. 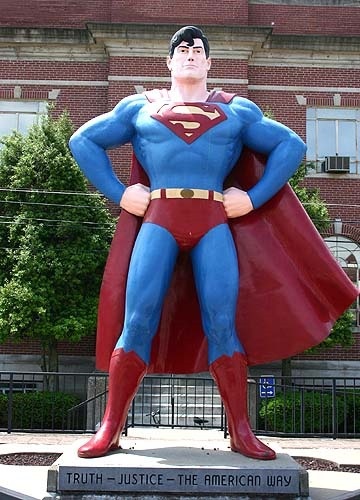 The museum displays thousands of costumes and props used on movie and television sets where Superman’s story was filmed, along with advertising items, movie posters, and vintage Superman toys. Many are rare one of a kind items that would be priceless to a serious collector. 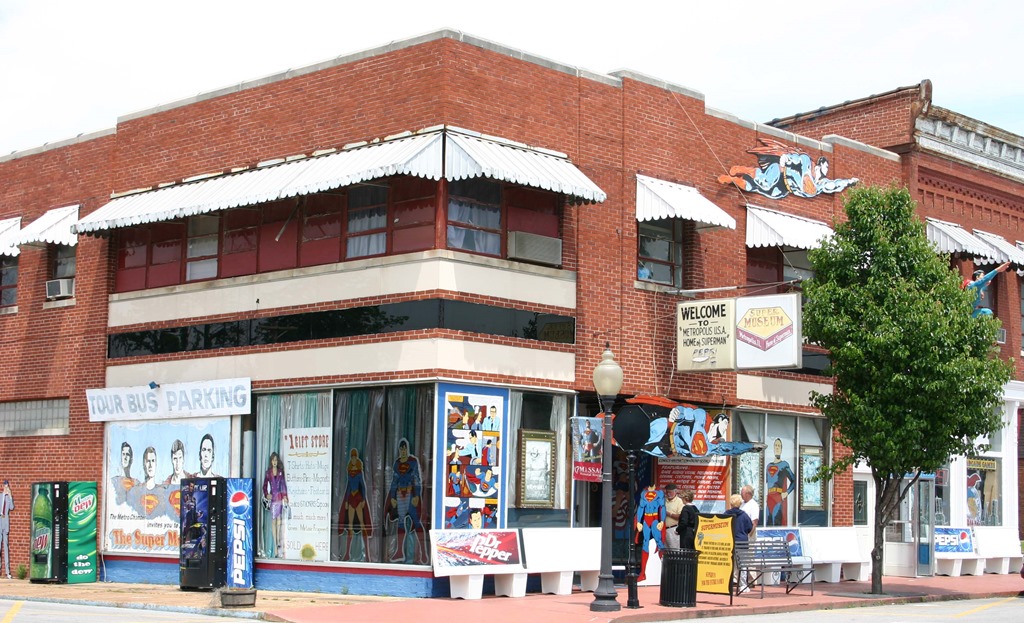 To many fans, George Reeves was and still is the original Superman. Reeves starred in the Superman television series, which aired from 1951 to 1957 and remains in syndication today. The television series was the first to be filmed in color.


The SuperMuseum has an impressive collection of items used in the original television series, including the original costume Reeves wore, along with the suit and eyeglasses Reeves wore as Clark Kent, and the leather carrying case for his glasses, often seen in Reeves’ breast pocket. A mockup of the Daily Planet newsroom where Clark Kent worked includes original radios and desk used as props in the television series. 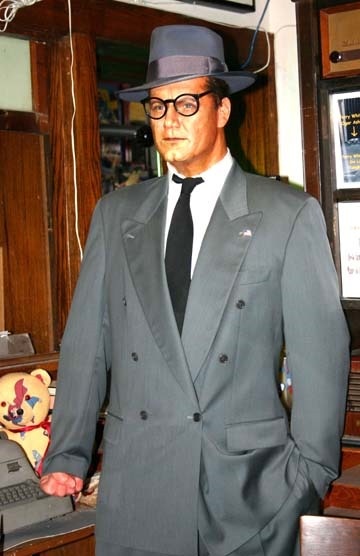 For comic book fans, there is an outstanding collection of original issues on display, along with an impressive display of Superman artwork. Superman has always been a hit with kids, and the museum displays a countless variety of Superman toys, Halloween costumes, lunchboxes, watches, and other items geared toward the younger set. 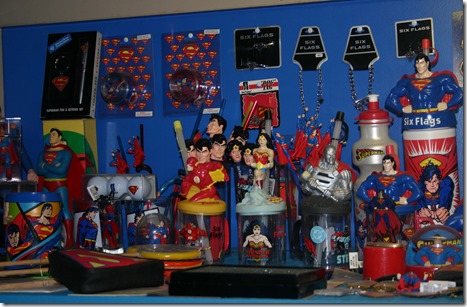 If any of the several actors who have played the Man of Steel could give George Reeves serious competition, it would be the late Christopher Reeve. The museum has several items used by Reeve on display, including the cape he wore in 1978’s Superman The Movie, along with the leather and canvas flying harness Reeve wore under his costume in the flying scenes of the movie. Reeve performed these risky maneuvers himself rather than delegate the job to a stuntman.


What would Superman be without his friends and foes? The museum has a nice collection of items featuring the Man of Steel’s co-stars, including the suit worn by Mark McClure when he played Jimmy Olsen in Superman The Movie, and the balsawood camera Olsen carried. Supergirl is also remembered with exhibits, as are super villains like Lex Luthor, whose laboratory is on display.

No self-respecting Superman would change clothes anywhere but a telephone booth, and of course the museum has a vintage phone booth in case mild mannered Clark Kent needs to make a sudden transformation into the Man of Steel.

Every corner of the SuperMuseum, every inch of wall and floor space, is crammed with Superman memorabilia. A serious collector could spend days here, and would drool so much he would need medical attention for dehydration. I’m sorry, but I couldn’t help thinking as we toured the museum that if I could only get all of this stuff listed on Ebay, I’d be a wealthy man!

The SuperMuseum also has a huge gift shop where you can purchase anything and everything you could ever imagine related to America’s favorite superhero. Here you will find Superman apparel, books and videos, costumes, Superman window shades for your car, statues, plates, and bobbleheads featuring the Man of Steel’s likeness, posters and photographs, action figures (no, they are not dolls!), and hundreds of other items you never knew you couldn’t live without. If your budget is especially flush, you can also purchase rare items like the Ultrawoman costume Teri Hatcher wore in the series Lois and Clark for a measly $7,500. There were only three of the costumes made and all three were used in the series. One is in the Warner Brothers Television archives in Burbank, California. Another is on display at the SuperMuseum, and you can own the third! Too steep for your pocketbook? How about a swatch from the cape George Reeves wore? That will only set you back $150.

It’s easy to find the SuperMuseum in downtown Metropolis. It’s right across the street from the town’s fifteen foot tall Superman statue that stands in front of the courthouse, at 517 Market Street. You can’t miss it, a life-sized Superman is flying from the front of the building!

Admission to the SuperMuseum is $5, and children age five and under are admitted free with a paid adult. For more information on the SuperMuseum, call (618) 524-5518.

Thought For The Day – Give a man a fish and he has food for a day; teach him how to fish and you can get rid of him for the entire weekend. – Zenna Schaffer