Nick's Blog » Over Too Soon

My cousin Berni and her husband Rocky have been visiting us from Muskegon, Michigan for a few days, and we have had a good time showing them some of the local attractions.


The other day we took them to the Sugar Mill Ruins in nearby New Smyrna Beach. These ruins date back to the early 1800s and are quite a sight to see. We spent an hour or so wandering around the site and I’ll have a feature story about the ruins in an upcoming issue of the Gypsy Journal. 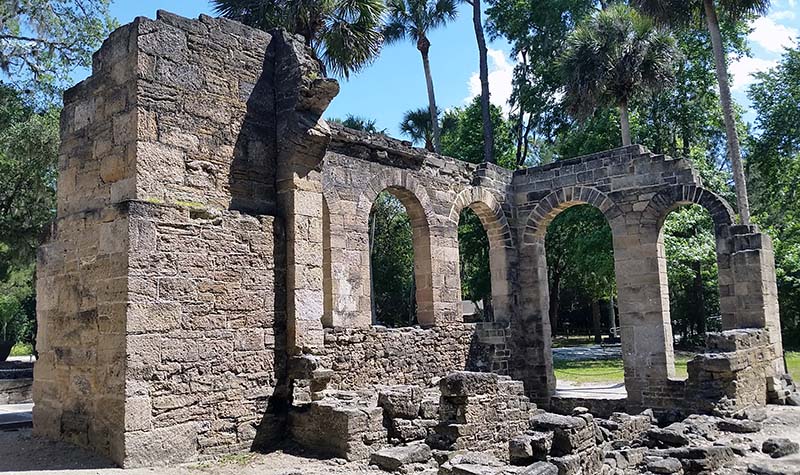 Yesterday, we started out by going to Seminole Rest, a State Historic Site that preserves ancient Indian shell mounds, and is just a couple of miles from our house. 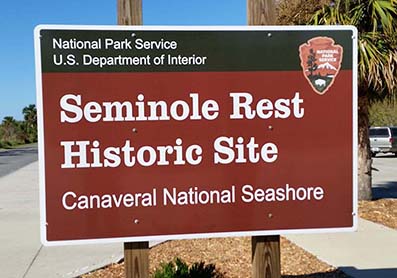 We walked the paved loop trail that runs alongside the Indian River, accompanied by what seemed like a thousand little geckos scampering across the path in front of us.


The beautiful old Snyder family home, which now serves as a small museum and gift shop, was closed, and because it was sprinkling a little bit and looked like more rain was coming, we continued around the back side of the loop and back to the parking area. I had a feature story on Seminole Rest in the January – February issue of the Gypsy Journal. 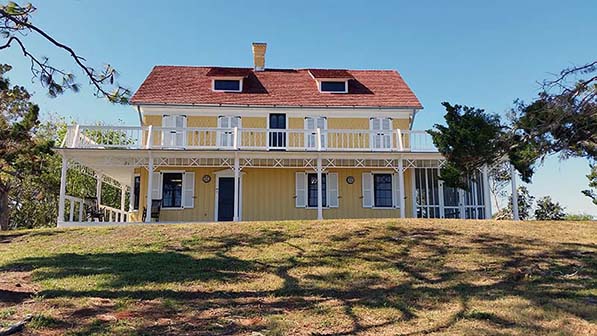 From there we drove into Daytona Beach, where everybody is gearing up for Bike Week. There were vendors setting up all over the place, signs everywhere saying Welcome Bikers, and an air of anticipation for the busy week to come.

Like me, Rocky likes classic cars, and our buddy Jim Lewis is old enough that he qualifies as a classic, too. So I knew they would like Hanksters Hot Rods, which is a combination museum and classic car dealership housed in an old roller skating rink.

If I had a lot of money and someplace to keep them, there were several I would have been quite happy to bring home with me. One example was this 1960 Chevy Impala. I had one when I was a teenager, although it wasn’t nearly this nice. As I recall I bought it for $75, drove it for a year or so, and sold for $95, quite happy with my $20 return on my investment. You could drive this one home today if you showed up with $39,900. 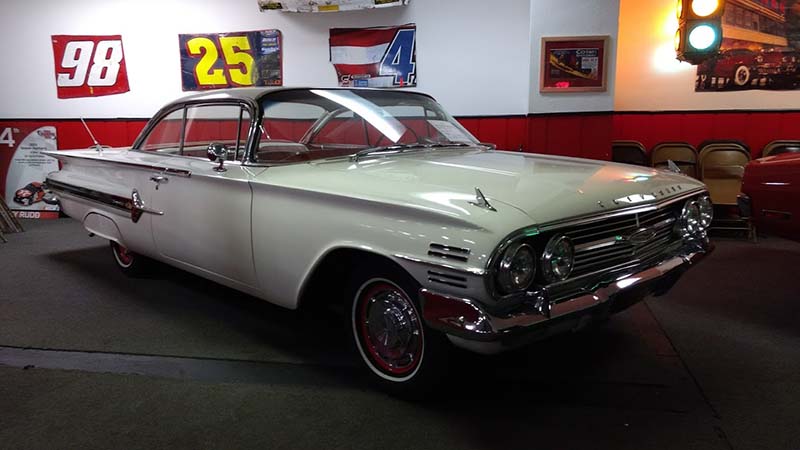 When I was in the Army, I had a Dodge RT like this with a 440 Magnum engine. I kept it about two days and realized I would hurt myself worse with it than the whole North Vietnamese Army ever did, so I sold it to a fellow soldier. 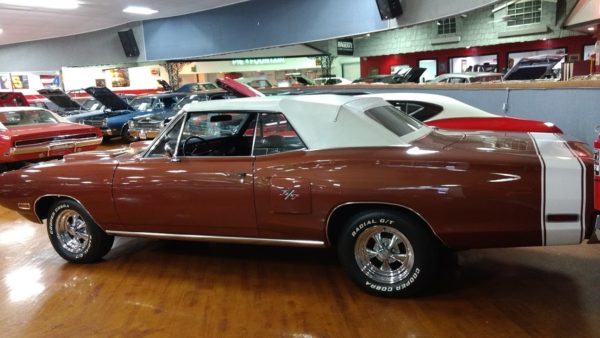 Out of all the cars in the museum, this 1958 Studebaker Golden Hawk is the one I really lusted over. Jim and Terry went right to it when they saw it, too. When I was 14, one of my uncles had one, and promised to give it to me in return for my labor if I worked hard for him all summer. I busted my butt painting and helping him build an enclosed deck and two big wooden sheds, but when it came time to honor the deal, he backed out. I never did like him after that, and neither did my dad.

Our final stop was Sugar Mill Botanical Park, which we featured in the July – August, 2016 issue of the Gypsy Journal. Not to be confused with the Sugar Mill Ruins in New Smyrna Beach mentioned above, although they date back to about the same era, this was once Dunlawton Sugar Mill. Making sugar was big business in this part of Florida back in the old days, and there were mills like this all over the place. This particular one was wiped out by the Indians in the Second Seminole War. Later on, in the early 1950s, somebody created an attraction called Bongoland and put up a lot of these concrete dinosaurs to thrill visitors. Today it is a beautiful public garden run by volunteers, with meandering paths that lead you past the dinosaurs and to the old ruins of the sugar mill. 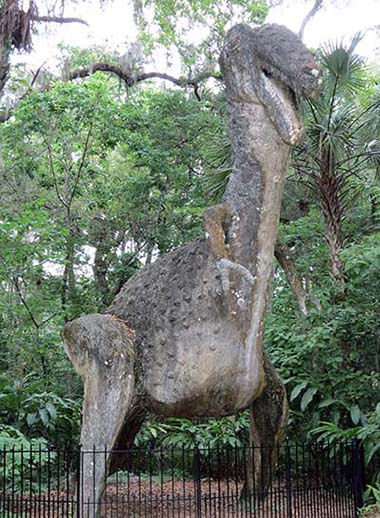 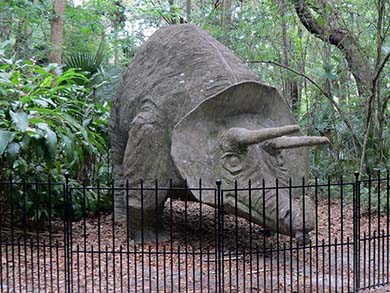 By the time we were finished there, everybody was hungry, so we went to Hibachi Grill and Extreme Buffet, which is located just down the street from the Daytona International Speedway. It’s a favorite of ours, and Rocky and Berni seemed to enjoy it, too.


With very full tummies, we made our way back home and settled in to watch a little bit of television. Instead everybody promptly fell asleep, except for Rocky, who took this photograph. No, Bernie didn’t fall off the couch in her sleep and wind up on the floor, that’s where she started out. Welcome to Nick’s Flophouse! 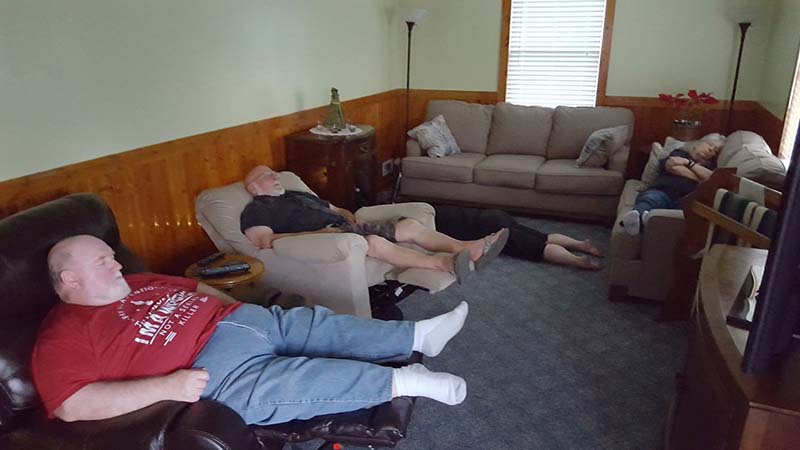 We woke up in time to play a game of Mexican Train, and then it was bedtime.

We have really enjoyed having Rocky and Berni here but unfortunately their visit is over much too soon. They have to leave today to head back to Michigan. I hope they had as much fun being here as we have had with them. Drive safe, and come back soon, Berni and Rocky. We love you and the door is always open.

Thought For The Day – You won’t always get exactly what you want. But there are a lot of people who will never have what you have right now.

6 Responses to “Over Too Soon”