Nick's Blog » I Have To Die Of Nothing

Thank you to everyone who sent emails, instant messages, Facebook messages, and texts when yesterday’s blog did not post. I had the blog set up to automatically post at two minutes after midnight, and when I went to bed about 11:45 everything looked okay. I seldom go to bed that early, and I never go to bed until I confirm the blog has posted successfully. But we’re trying to adjust our sleeping schedules a bit, which apparently upset the balance of nature and everything went haywire.


I had been having intermittent Internet problems earlier in the evening, with the signal dropping in and out, but they seemed to have resolved themselves a couple of hours before I got ready for bed. Then, when I woke up yesterday morning I had a flood of emails and messages asking if we were okay, because I have only missed posting the blog a few times in something like 13 or 14 years. It’s nice to know I have so many loyal followers.

Once I realized what was going on, it still took me close to an hour to get the blog to post because the Internet kept dropping in and out again. In case you missed it, you can read it at this link.

We had a real treat yesterday afternoon. Friends and longtime subscribers Dave and Thelma Middleton, from Pennsylvania, have been spending the winter here in Florida and they contacted us and asked if we wanted to get together for dinner at Dixie Crossroads in Titusville. Most definitely! 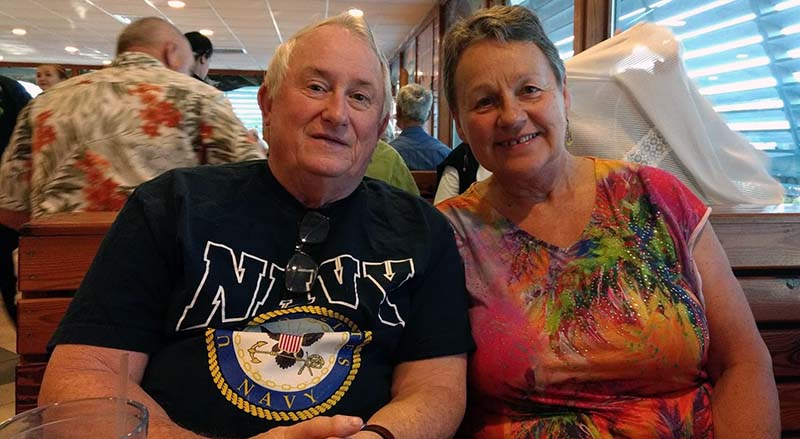 It’s been a couple of years since we saw them and it was really nice to have a chance to visit again. We talked about everything from RVing and our transition from fulltimers to part-timers, to the poor quality of many of the RVs being made today, and how hard it can be to get warranty service. That’s nothing new, of course, those were issues back when Terry and I first started fulltiming in 1999, but it seems like things have gotten worse over the years instead of better. But there’s more to life than RVing, and we covered everything from healthcare to grandkids, to dealing with aging parents. Dave’s mother is 97 years old and he’s had to move her from at least one facility that was not giving her the proper care.


Now, sadly, I have to say that Terry and I have been disappointed in Dixie Crossroads on our last three visits. We have been going there for years and it has always been a favorite of ours. But we both agree that this year the prices seem higher while the quality of the food has slipped. I hate to see that happen to such a good restaurant. If we were with friends who wanted to go there, as we were yesterday, we would. But I don’t think either of us would suggest it.

We spent a couple of hours with Dave and Thelma and when we parted company, Terry and I stopped at Space View Park in downtown Titusville. The park is home to the Space Walk of Fame, which honors America’s space pioneers. I don’t know how we’ve missed seeing this place in all the years we’ve been going to Titusville, but I didn’t even know it existed until our friend Bob Hazlett told me about it recently. 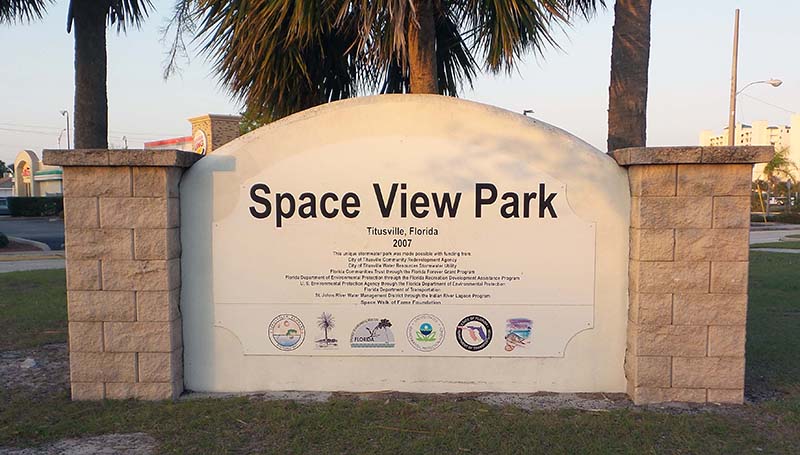 We spent some time wandering around looking at the different monuments and taking pictures. We’ll have a feature story on the Space Walk of Fame in an upcoming issue of the Gypsy Journal. 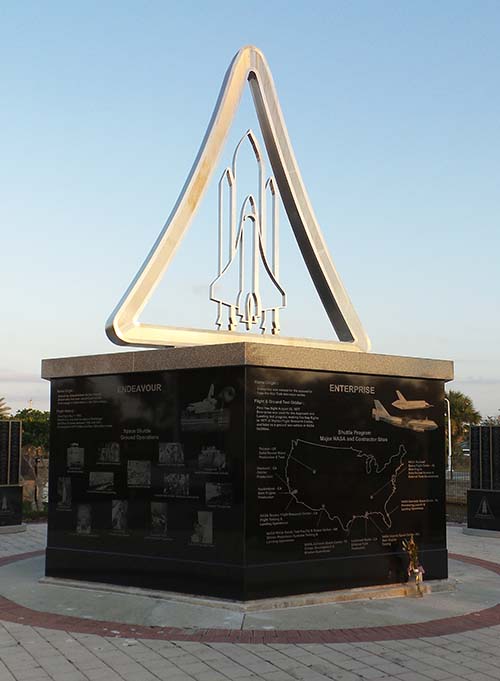 And now, let me explain the headline for today’s blog. Ever since we bought our place it seems like every week I get at least one solicitation from companies selling mortgage protection insurance, which is supposed to pay off our mortgage in the event of the death of either myself or Terry. Usually I just shred them along with the rest of the junk mail, but for some reason I decided to read the one that came in yesterday’s mail. It looked like a pretty good deal; we could get coverage for just $105 a year, with no medical questions asked and no hassle. Just sign on the dotted line and send them a check.


Then I noticed the small print. As with any insurance policy, there are exclusions. On this particular policy, the exclusions include death caused by sickness, accidental injury, suicide, as a result of medical or surgical treatment, death due to homicide, military service, alcohol or drug abuse, or natural causes. So then just what the hell can I die of? The way I understand it, the only way the policy would ever pay off is if I die of nothing! How likely is that to happen?

Be sure to enter our latest Free Drawing. This week’s prize is a USB flash drive with all of the digital issues of the Gypsy Journal from 2003 through 2016. That’s 14 years, or 84 issues. If each issue was purchased individually it would be over a $250 value! That’s enough to keep you reading forever! We weren’t quite as refined with the earlier issues – the photos are black and white and they don’t have a searchable table of contents, but there is still a wealth of RVing information in them. To enter, all you have to do is click on this Free Drawing link or the tab at the top of this page and enter your name in the comments section at the bottom of that page (not this one). Only one entry per person per drawing please, and you must enter with your real name. To prevent spam or multiple entries, the names of cartoon or movie characters are not allowed. The winner will be drawn Sunday evening.

Thought For The Day – Love is friendship that has caught fire.

4 Responses to “I Have To Die Of Nothing”